Beware return of bonus accounts: Treacherous deals that slash returns after the first year are back 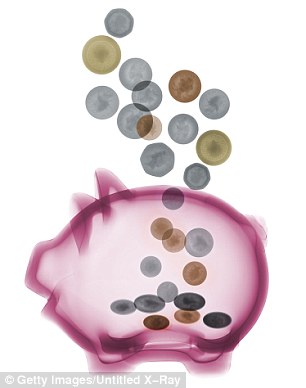 Treacherous savings accounts that pay a bonus for the first year are back with a vengeance.

This month sees the arrival of no fewer than five easy-access deals with a headline rate of as much as 1.4 per cent.

But after you have been in the account for a year, your return sharply drops.

Money Mail has decided — after serious consideration — to exclude them from our best buy tables.

Despite them paying top rates, you earn very little extra interest over the first 12 months compared with a non-bonus account.

You make a mere 90p extra on each £1,000 and then have to go through the hassle of moving your money after a year.

If you miss any warning letter from your provider, or even forget to shift to another account, you could even end up worse off.

Banks use bonuses so they can offer a strong headline rate and rely on customer apathy to recoup the extra interest further down the line.

Once you have been in the account for a year, the idea of loyalty goes out the window and you end up earning as little as 0.2 per cent.

If they paid you far more interest than non-bonus accounts, they would be up for inclusion in our tables, along with a warning that you need to move your money after a year.

This month also saw the arrival of Paragon Bank’s internet-based Limited Edition Easy Access account Issue 6 at 1.31 per cent with no bonus.

You also have the option of RCI Bank’s Freedom account at 1.3 per cent with no bonus.

In the past, this bank has tended to pass on any increase in its rates to savers already in the account.

Those in closed issues earn different amounts to the headline rate on the new one.

For the record, the top bonus accounts include Coventry BS Limited Access at 1.4 per cent (1 per cent after a year) — you are limited to three free withdrawals every 12 months. The society raised the rate from 1.35 per cent yesterday.

BM Savings, part of Lloyds Banking Group, pays 1.35 per cent including a bonus but, after a year, your money earns 0.2 per cent.