BIG SHOT OF THE WEEK: Boohoo chief exec Carol Kane’s a down-to-earth gal going up in the world

When Carol Kane was in her final year of college in South Shields, she told her school’s career guidance officer she wanted to go into the arts.

The adviser ummed and ahhed and told her she’d be much better off undertaking a ‘proper’ degree. Undeterred, Kane went off and studied fashion anyway.

Today, largely thanks to that degree, Carol is chief executive of Boohoo, the online fashion empire beloved by 18-25 year olds which boasts sales of £183million and a stock market valuation of nearly £2.5billion.

Her personal fortune is put at £120million, meriting her a place in this year’s Sunday Times Rich List.

And the career officer? Retired most probably. Hopefully not still doling out hopeless advice to students, at any rate.

Kane is a down-to-earth sort of gal, hard-working, friendly, with a permanent smile spread across her chops and oodles of style, naturellement.

She’s softly spoken with a slight Geordie lilt remaining from her upbringing in the North East. ‘I’m a proper Northern lass,’ she says sweetly.

Don’t let that demure exterior fool you, though. She also holds a blackbelt in kickboxing. Anyone who gets on in the wrong side of her is likely to receive a flying kick to the sweetbreads.

The youngest of four children, her father was a builder, her mother worked part time in High Street outfitter Burton’s where young Carol first developed a taste for fashion.

She showed a flare for creativity at a young age, using old fabric swatches to make clothes for her dolls.

While studying fashion in London, she was working in a bar where she met a clothing supplier. He offered her a work placement, where Kane impressed him by designing a collection of ski-wear that was snapped up by Top Shop.

She convinced him to send her to his Hong Kong office. She arrived, barely 21, a young fish-out-water in a far off land and ended up staying for four years.

The experience was hugely formative. She learned all about the rag trade– where to source things, how to price them. She became a dab hand at using chopsticks.

In 1993, she landed a job back home as head designer at Pinstripe Clothing, a Manchester-based company owned by the wealthy – but then still unknown – Kamani family which supplied High Street giants such as Top Shop, C&A and Primark.

It’s quite possible, she likes to joke, that at some time or other she’s helped dress every woman in Britain. 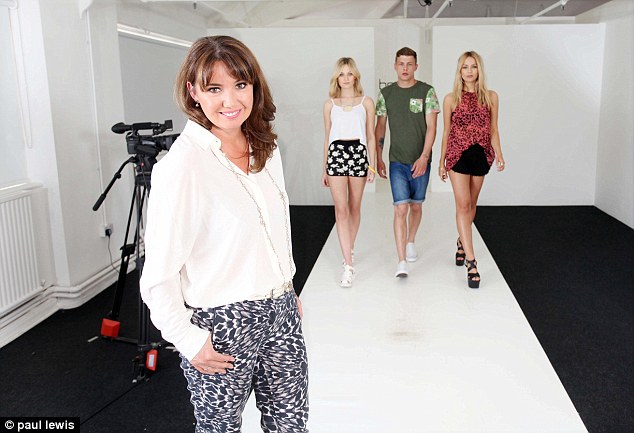 Kane’s personal fortune is put at £120m, meriting her a place in this year’s Sunday Times Rich List

She forged a good working relationship with old man Kamani’s son Mahmud, 53. After years working as the fashion industry’s middle men, the two of them saw the rapidly advancing internet as a means to connect directly with customers.

So in 2006, they decided to launch Boohoo, a website which sold its own designs.

The site is more market stall than fancy emporium. The designs take inspiration from celebrity magazines rather than fashion bibles like Vogue or Elle.

The clothes, modelled by young Love Island-lookalikes, are vibrant, flashy and cheap, cheap, cheap. Barely anything on Boohoo costs much more than £20. It is the very definition of fast fashion.

Boohoo’s success, as any teenager’s mother who has to witnesses the endless stream of packages arriving each day will testify, has been staggering.

What began as a staff of three (Kane, Kamani and a photographer) now has over a thousand employees. Since it floated in 2014, shares have increased nearly 600 per cent.

Kane is married to Mark, a web designer. They’ve been together over 30 years, but only married a couple of years ago in a low-key ceremony at home, a £1.3million listed mansion in Staffordshire.

They keep four Jack Russell terriers, two of which belonged to Mahmud, which she ended up keeping. After dumping £10.6million of shares last autumn (she retains a 6 per cent stake in the business) Kane and her husband are now looking for a holiday home in Italy.

Life away from work is quiet. She keeps ‘below radar’ and avoids celebrity parties. ‘I’m just a regular working class girl,’ Carol says modestly. Albeit a jolly successful one.