BIG SHOT OF THE WEEK: John Paulson made more than £11bn from America’s sub-prime mortgage crisis 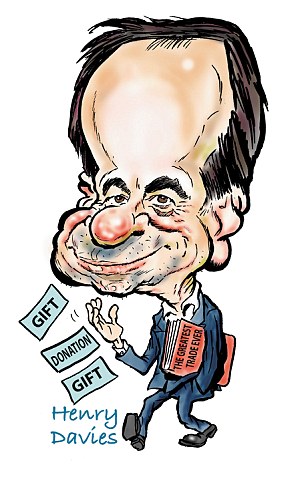 Back in 2007, few outside of America’s financial district had ever heard of John Paulson.

He was an obscure money manager running an unspectacular hedge fund still struggling to make its mark.

Then came America’s sub-prime mortgage crisis, which Paulson had bet on big. Very big. ‘The Greatest Trade Ever’ they now call it.

When the dust finally settled on the resulting global financial meltdown, Paulson’s fund had made more than £11 billion from the turmoil.

Inevitable comparisons were soon being made to his idol, investor George Soros, who made £1 billion ‘shorting’ the pound before Black Wednesday.

After years of anonymity, the little man from Queens, New York, had joined the pantheon of Wall Street legends.

A slightly built man, he speaks in soft, almost inaudible tones, but then these days ‘JP’ doesn’t have to do much to be heard.

This week it emerged he had trebled his holding in Britain’s Premier Foods, maker of Mr Kipling’s cakes, and is demanding chief executive Gavin Darby stand down. Premier’s management have made a powerful foe.

Paulson’s upbringing was comfortable. His Ecuadorian father worked as an accountant and his mother was a child psychologist. At school he excelled at maths and showed an early flare for entrepreneurship, buying six-packs of lollipops for eight cents and selling them individually to schoolmates at five cents each.

After graduating from Harvard Business School a Baker Scholar – meaning he was in the top 5 per cent of his class – he found work first at Boston Consulting before joining private equity firm Odyssey Partners. In 1984 he joined Bear Stearns, staying for four years, and then spent six at investment firm Gruss & Co.

By 1994 he had enough in the bank to strike out on his own. He started Paulson & Co, and by 2003 the fund had more than £200m in assets. Then in 2005 Paolo Pellegrini, an ambitious Italian analyst in his employ, presented him with research that would change everything.

Paulson had long suspected the property market was overpriced. The House Price Index had more than doubled between 2000 and 2006 and the sub-prime mortgage market swelled as consumers loaded up on debt. Pellegrini had crunched 30 years of housing data and assured his boss the bubble was about to go pop. 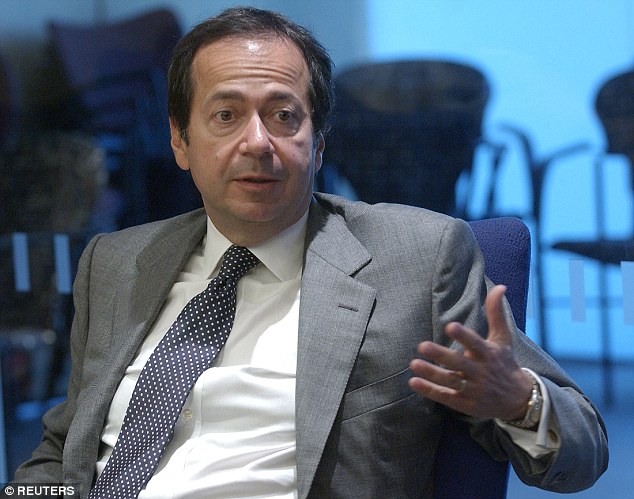 After Paulson piled into complex ‘credit default swaps’ against mortgages, the market soon began tottering. On a single morning in 2007, when lender New Century announced it was in trouble, Paulson’s fund made just shy of £1 billion. By the end of 2007 his personal take-home was over £3 billion, more than JK Rowling, Oprah Winfrey and Tiger Woods had earned that year put together.

Like most workaholics, he found love late in life. While in his 40s, he yearned for someone to settle down with and began making a list of attributes he was looking for in a partner. ‘Cheerful’ was at the top.

He decided there was someone who fitted the bill perfectly sitting just opposite: his Romanian assistant Jenny. They married in 2000.

The couple have two daughters and a sprawling property empire which includes homes in Aspen, the Hamptons and Manhattan. The latter was targeted by the Occupy Wall Street protesters in 2008 who demanded he redistribute the money he made from the crisis to those who had lost their homes.

A fiercely private creature, he loathes the attention his trade has brought him. He barely grants interviews and his email even contains software which makes it impossible to forward his messages.

It could be argued that the spotlight is a small price to pay.

At the end of the tumultuous first year of the credit crunch, Paulson took Jenny to the Caribbean island of Anguilla. While using the cash machine in the hotel she decided to check the balance of their joint account. The figure came as something of a shock as she’d never seen it on an ATM screen before. It’s doubtful many have. It was £35m.