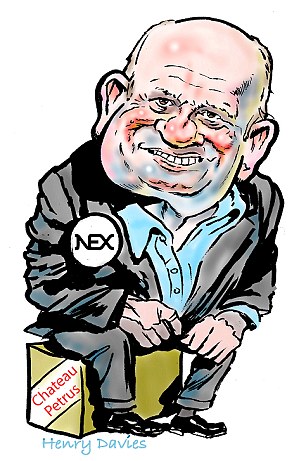 Michael Spencer’s party at Scott’s restaurant on the night of the 2015 General Election was a customarily civilised affair. Champagne. Excellent shell-fish. I dare say a few oysters shucked here and there.

When the exit polls flashed up predicting a surprise Conservative victory, the Mayfair restaurant’s glint-eyed proprietor Richard Caring gamely bet the evening’s host that should the Tories win an overall majority, he’d happily pick up the tab.

By 6am, the Tories had a 12-seat margin and Spencer, barring a generous £5,000 tip for the waiting staff, waltzed off without having to pay a penny.

This yarn offers three telling insights into Spencer’s personality. First, he loves a good party. Second, he knows a decent bet when he sees it. And third, he’s ruthless about seeing it through.

He is founder and chief executive of Nex group, one of the world’s largest inter-dealer brokers, formerly known as Icap. Rumours swirl he may be about to offload it to Chicago-based CME Group, which, if true, will represent the end of an era.

For among the San Pellegrino-sipping dullards who occupy the City these days, Spencer, 62, remains one of the Square Mile’s dwindling characters. His wry charm and playful nature is offset by a brooding temperament, prone to volcanic eruptions.

He epitomises, in many ways, the ‘work hard/play hard’ ethos’ of the 1980s, as committed to exhaustive hours roaming the trading floor as he is to expansive lunches in Mount Street power joint George Club.

He has homes in London and New York, plus a beautiful safari ranch in Kenya which he shares with second wife Sarah, formerly the Marchioness of Milford Haven (he divorced first wife Lorraine, with whom he has three children, in 2008). Meanwhile, his impressive wine cellar is stacked with first growth clarets which he isn’t afraid to uncork. 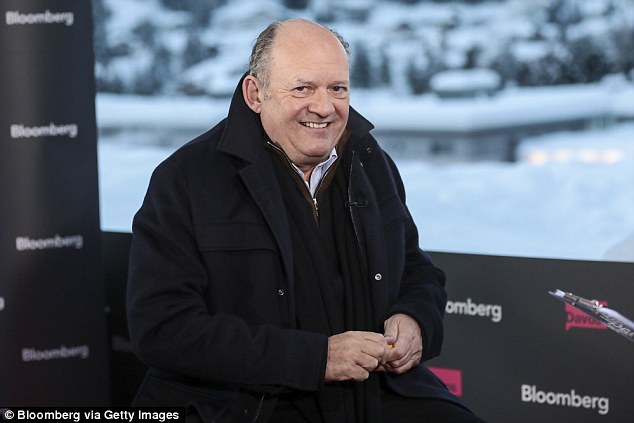 Spencer has homes in London and New York, plus a beautiful safari ranch in Kenya. Meanwhile, his impressive wine cellar is stacked with first growth clarets which he isn’t afraid to uncork

Success didn’t arrive overnight. Born in Kuala Lumpur, the son of a civil servant, he was brought up in Sudan and Ethiopia before being packed off to a Sussex boarding school. While studying physics at Oxford, a £30,000 windfall from a trade made him lust after making oodles of cash.

His initial foray into the City proved a disaster. Sporting a hippy perm and unsatisfactory moustache, he joined stockbroker Simon & Coates, and was promptly fired for racking up trading losses on the gold market.

He made a similar dog’s dinner at investment bank Drexel Burnham, where he was sacked after he tried to cover up a trading error.

After three years at futures firm Charles Fulton, he decided to go it alone. In 1986, armed with just £86,000 and a computer, he formed Intercapital Brokers. Just over a decade later, he was so successful he could take over London’s biggest money broker, Exco.

The following year, he merged the business with a rival to form Icap, which became one of the top-three inter-dealer brokers in the world, acting as an intermediary in the financial markets between banks and finance houses.

There have been a few bruising spats down the years, notably with rival broker Terry Smith, who accused Spencer of poaching his staff.

An early supporter of David Cameron, he became Conservative treasurer in 2005 and, for four years, the Tory coffers brimmed with cash, including £4m of Spencer’s own donations.

Thrice he has been denied a peerage for his efforts. Some say he was paying the price for a gamey incident in 2011 when Icap was hit with a £55million fine for Libor rigging, though Spencer was never personally implicated.

Privately he fumes over the secretive honours committee’s snub, which his friends dismiss as sour grapes. No matter. Michael Spencer can look back on a City career that’s premier cru.