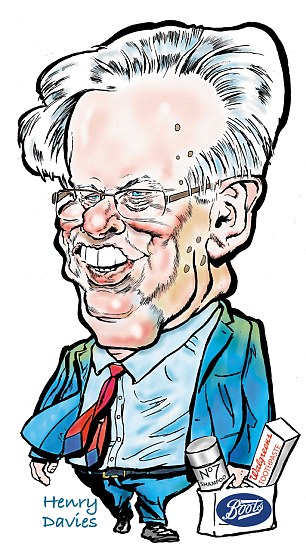 They used to say Bjorn Borg had ice in his veins.

Pirouetting around the tennis court with an expressionless ‘death mask’ face, the Ice Borg would dispatch his opponent with ruthless efficiency. The greater the pressure, the better he seemed to play.

You might say there’s something of the Bjorg about Stefano Pessina.

The chief executive of Walgreens Boots Alliance is the pharmaceutical world’s foremost wheeler and dealer.

Cool and calculated, his temperature never seems to rise above 98.6 F. ‘I don’t know what stress is,’ he says nonchalantly.

Pessina has turned what was originally a family firm from the back streets of Naples into a £110billion global juggernaut.

He’s best known on these shores as the owner of High Street pharmacy Boots, which he acquired back in 2007 for £12.2billion in Europe’s largest ever buyout.

The swoop was one of 1,500-odd deals Pessina has pulled off in an extraordinary 50-year career.

Walgreens this week became a member of America’s 30-member Dow Jones Industrial Average, at the expense of the once-mighty General Electric.

The relentless workaholic from Italy’s east coast – whose white hair, toothy grin and cruel, rimless glasses, bears more than a passing resemblance to that other impenetrable Swede, Sven-Goran Eriksson – has finally arrived at the top table.

With a fortune estimated at £11bn, he could now happily retire to his 160 ft self-designed yacht which sits off Sardinia, but his thirst for expansion shows no sign of letting up. Money, he claims, is no longer his motivation. ‘I like to build,’ he says modestly.

Brought up between Milan, Como and Naples while his father was an air force officer, he studied nuclear physics at the prestigious Politecnico di Milano before landing a job heading the statistical department of marketing firm AC Nielsen’s Italy office.

At 30, his father asked him to help restructure the struggling family business, which was in pharmaceuticals distribution.

After making a success of it, other pharmaceutical firms sought Stefano’s help, which he was happy to give in return for a stake in their business.

His methodology thereafter was relatively simple: Buy a stake in a company, help improve the bottom line, and gain enough control to merge with or buy another one.

By the 1980s his company, Alleanza Farmaceutica, had grown into the biggest pharmaceutical retailer in Italy and began expanding into Portugal and Greece. 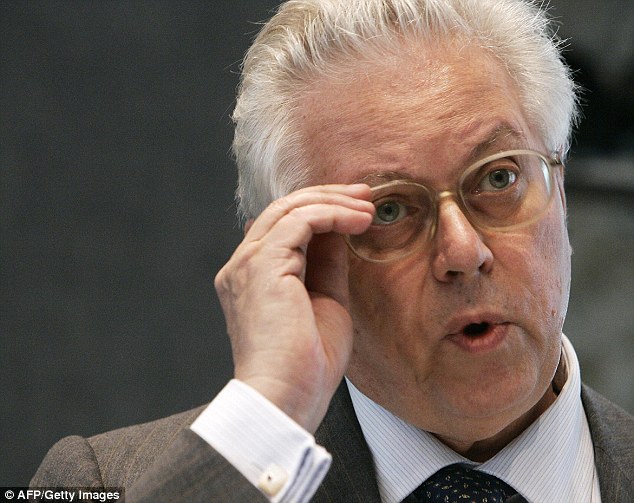 Stefano Pessina has turned what was originally a family firm from the back streets of Naples into a £110billion global juggernaut.

Millions of dollars worth of deals and umpteen mergers later he broke into America by snapping up Walgreens. In 2014, Walgreens Boots Alliance was formed.

Pessina’s relentless seven-day-a-week work schedule, taking only August off, got the better of his marriage to Barbara, with whom he has two children.

In 1984 he met Ornella Barra, the glamorous owner of a small Ligurian drug wholesaler, whose company he later bought. They have been together ever since and she is Walgreens’ chief operating officer.

Their home is Monaco where neighbours say they keep a low profile, occasionally venturing out for a visit to the opera.

Stefano enjoys Russian literature and art, but besides the yacht his lifestyle betrays few of the trappings of the mega-wealthy. His attitude towards food is equally sparse, eating only at dinner time, when he occasionally allows himself a glass of wine.

There was a rare moment of candour prior to the 2015 general election, when Pessina stated that Ed Miliband’s Labour Party would be a ‘catastrophe’ for Britain.

Miliband suggested that British voters preferred not to be lectured by billionaires based in a tax-friendly principality, and Pessina has remained cagey on political matters ever since.

Most of his time these days is spent shuffling around the globe between America, Europe and China. Will he ever stop? ‘I will die, sooner or later,’ he shrugs.

For now, he’ll continue his empire building. As far as deal-making is concerned, it’s rarely long before the iceman cometh again.