The Chinese government has produced the first ratings table ranking cryptocurrencies, despite also being the first government in the world to ban its people from trading in them.

A government research unit, called the China Center for Information Industry Development, has ranked 28 cryptocurrencies and the blockchains behind them.

In a blow for bitcoin enthusiasts, it was ethereum that took the Chinese government’s research group’s top spot, based on the technology involved, application, and technological innovation. 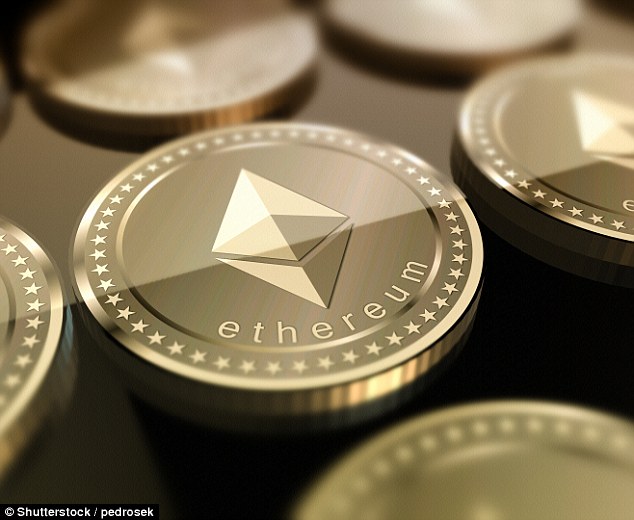 At the top: In a blow for bitcoin enthusiasts, it was ethereum that took the Chinese government’s research group’s top spot

Despite all the hype it has attracted, bitcoin only came in thirteenth place, with poor scores for the technology underpinning it, as well as ‘applicability.’

The price of bitcoin exploded in the second half of last year and raced towards the $20,000 mark before Christmas.

Since then, it has nearly halved in value which will mean that many who jumped on the bandwagon in December could have been badly burnt.

The underlying technology behind bitcoin is blockchain, a financial ledger maintained by a network of computers that can track the movement of any asset without the need for a central regulator. 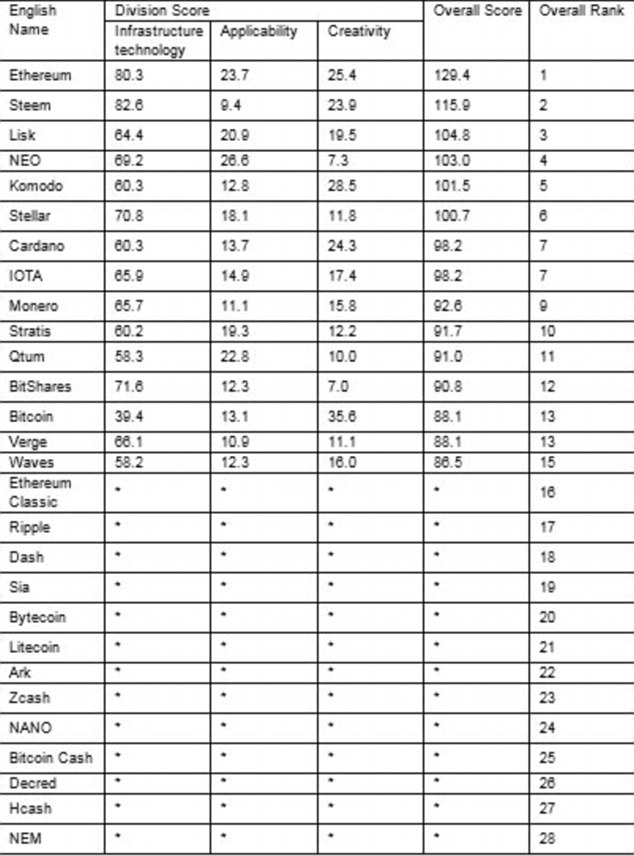 For some, the research shows that the Chinese government is throwing its weight behind blockchain development following its crackdown on illegal trades late last year.

To date, the Chinese government has banned initial coin offerings, closed down domestic exchanges and blocked all access to websites dealing with cryptocurrency trading, including foreign platforms.

Aside from its table rankings, the Chinese government’s research body gave little detailed insights into the methodology behind their latest findings.

Eric Zhao, a Shanghai-based engineer at the Chinese Academy of Sciences, told Quartz he would not take the ratings very seriously because ‘most old-school experts haven’t followed the crypto space long enough to grasp some of the traits of [the] tech and community that can’t be found elsewhere.’

He added: ‘I believe at least it’s a sign that the officials are starting to treat crypto projects more like a neutral endeavour towards better technology and innovations, rather than just challenging the power and authority of banks and government.’ 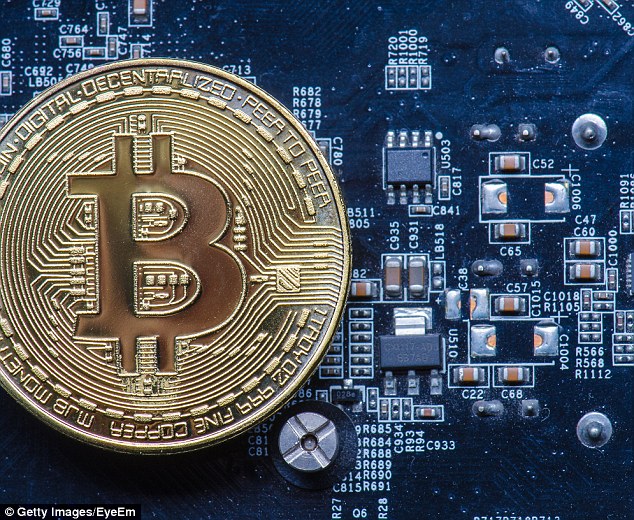 Tough stance: The Chinese government has banned initial coin offerings, closed down domestic exchanges and blocked all access to websites dealing with cyrptocurrency

If you do buy into bitcoin