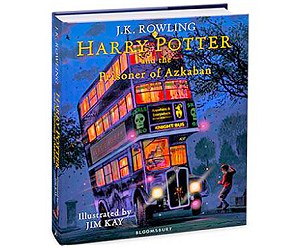 Illustrated versions of the Harry Potter series have sold well

The British publisher said revenues rose more than 13 per cent to £161.5million in the year to the end of February.

And chef Tom Kerridge’s Lose Weight For Good, based on a BBC TV series, broke the record for the most sales in a week in January – 70,000 copies.