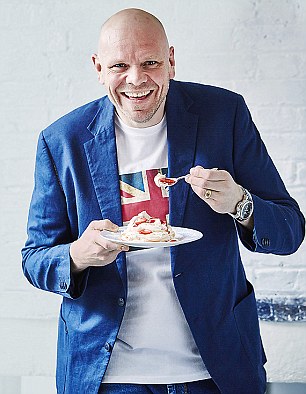 In the four months to June 30, its top-selling titles included A Court Of Frost And Starlight by Sarah J Maas, anniversary editions of JK Rowling’s magical series and Norse Mythology, a retelling of ancient legends by Neil Gaiman.

Meanwhile, another one of its titles, The English Patient by Michael Ondaatje, won the Golden Man Booker Prize and the firm revealed it was due to release another diet cookery book by top chef Tom Kerridge (pictured) in December, which will be accompanied by a BBC television series.

Overall, Bloomsbury said sales rose 3.7per cent over the period when compared to last year.