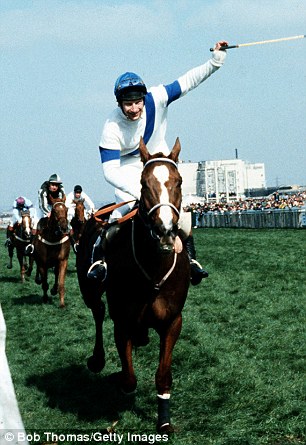 First past the post: Bob Champion on Aldaniti winning the 1981 Grand National

Jockey Bob Champion says the best gamble he ever took was telling his mother to put a few grand on Aldaniti at 66 to one, six weeks before he rode the horse to victory in the 1981 Grand National.

Champion earned the equivalent of £20,000 in prize money in nine and a half minutes when he won that race. But it was the generosity of punters who sent him their winnings as a result of his diagnosis for testicular cancer two years before that took his breath away.

He decided to use the money to set up a charity, the Bob Champion Cancer Trust, to fund further research into a cure for the deadly disease.

He never expected in his wildest dreams that the charity would raise more than £14 million for male cancer research and help increase the survival rate from 30 to 95 per cent in some cases of testicular cancer.

Now 70, Champion lives with his partner Jeanette in Newmarket and still places a £20 bet once a week.

His new autobiography I’m Champion, Call Me Bob looks at the whirlwind adventure his life has been since that glorious spring day at Aintree. It is available now in hardback for £19.99.

You have to go out and earn it. My dad worked for the hunt, working with hounds and hunting the fox, while my mum ran the house and worked as a dressmaker. There have been seven generations of huntsmen in my family but my dad realised early on that I wanted to be a jockey and pushed me that way. From age six I was always riding other people’s ponies, thanks to my father’s job.

I was brought up in a house with no electricity and no heating. The first time we had electric I was 12 years old. It had an indoor toilet but no bathroom. Once a week, we used to bathe in a tin bath by the fire and share the water. My sister went in first, followed by me.

When did you place your first bet on the horses?

I was eight. My dad used to take me on outings to the racecourse as a boy which meant a lot because he worked so hard. He knew many people there, including a few of the trainers. He would introduce me to them and I would ask what they thought of their chances that day, then sneak round the back and find a bookmaker who would take a sixpence bet from an eight-year-old.

I left school and home when I was 15 and got a job on my uncle’s farm. For £5 a week I would get up at 5am, muck out the stables and the cowshed and look after the horses. I would finish at 8 o’clock at night. Always in my mind, I knew I was going to be a jockey. I used to ride my uncle’s horses in point-to-point races in my free time.

Yes. When I was 20, I went through a bad run as a jockey. I had already bought a house and had a mortgage to pay. I would worry about it sometimes. Then I would try harder to get rides. I am not the sort of person who gives up. I think that if you keep trying and work hard you will always get money somehow.

But that was quite a lot of money in those days – the equivalent of about £20,000 today.

Probably 1983. I got £10,000 for the book I wrote about winning the Grand National and another £20,000 from doing publicity for the accompanying film which would be the equivalent of earning in total £110,000 today. I did not earn anything else from the film because I sold my publisher all the film rights. I never dreamt my book would be made into a film.

It was a bronze statue of Aldaniti, the horse I won the National on. It is two feet high, one of a limited edition. It cost £3,000. I just love it. It reminds me of that day. I loved Aldaniti. I always thought he would win a National. Thankfully I was right. In my opinion, winning a race is 98 per cent down to the horse.

Not setting up a betting website when I had the idea in 1993. It was before the internet took off. I did not act on it and I wish I had.

Buying my first home, a three-bed house, when I was 20 for £17,000. I sold it five years later for £95,000. I think property is a good investment because there is always going to be a shortage of houses and it gives you security. 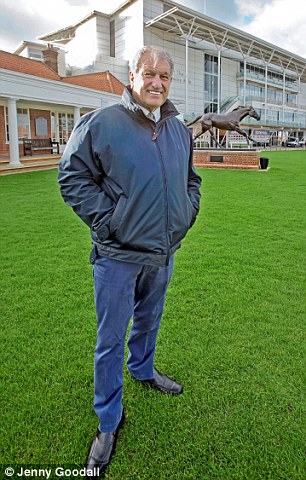 No. I do not know enough about the stock market and instead of putting my money into a pension I invest in property. When I was riding, the Jockey Club did not offer a pension scheme that the racehorse owners had to contribute to, the way they do now.

Yes, my six-bedroom home in Newmarket. It is a £600,000, townhouse near The Gallops. I see the horses every morning.

I still have the odd £20 bet on the horses. I go racing a lot but I probably only place a bet once a week because I have never seen a bookmaker going home in a battered Mini.

What is the best gamble you ever took?

Telling my mother to put a bet on Aldaniti at 66 to 1, six weeks before the National. She put a few grand on in the end. So she did all right when I won. I was not allowed to bet myself, of course.

I would lower the rate of corporation tax to help business, particularly small businesses. I would also try to speed up Brexit. Whatever you think of the outcome of the referendum, we should have got on and done it. It has been two years and we are little further forward. Get on with it.

Do you give to charity?

Yes. I have my own charity, the Bob Champion Cancer Trust. When I won the National, people sent their winnings to the Royal Marsden where I was treated for testicular cancer.

I did not need that money so I thought I would set up a charity. After all, without scientific research, I would not be alive. With my particular cancer, 18 months before I was diagnosed, there was no cure.

At the time, men were ashamed to talk about testicular cancer. Personally, I lost one testicle. It does not make any difference except in your brain.

How much money has the charity raised?

More than £14 million. I thought the charity would only run for a couple of years. But it is still going. We have got two research labs now. We have helped increase the survival rate for testicular cancer from 30 per cent when I had it to 95 per cent.

To live every day as it comes. You only live once and every day could be your last. That has always been my way.