Boohoo has seen profits jump 40 per cent and sales nearly double as it keeps benefiting from an unstoppable shift towards online shopping and recent acquisitions.

The online fashion retailer, whose designs are popular with twentysomethings, reported a 97 per cent increase in revenue to £579.8million in the year to the end of February, while pre-tax profit rose 40 per cent to £43.3million.

Boohoo said growth was helped by its recent acquisition of PrettyLittleThing, which saw sales jump by a whopping 228 per cent to £181.3million.

Shares in Boohoo rose 14 per cent to 176p following the annual results. 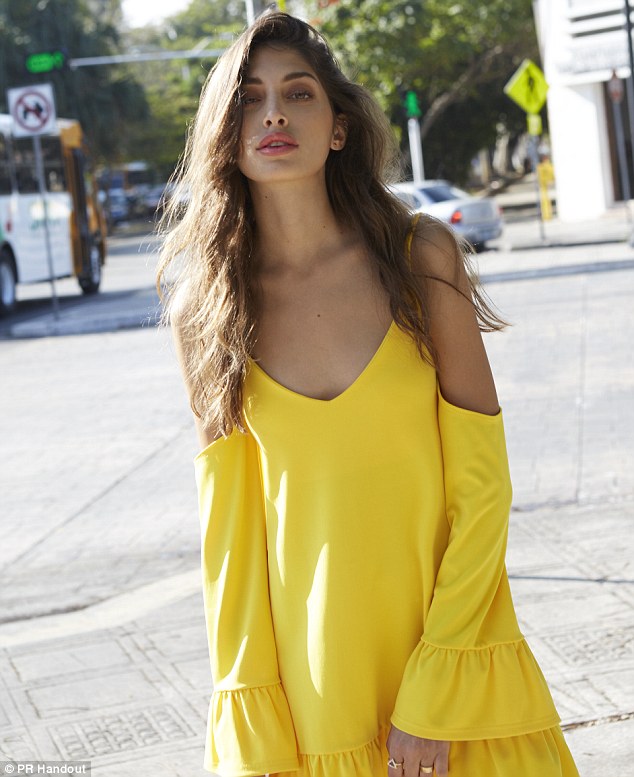 Sunny: Boohoo is cashing in on shoppers increasingly shopping online, especially for clothes

The firm, like its bigger online rival Asos, is cashing in on shoppers increasingly shopping online, especially for clothes.

The online shift has contributed to the decline of traditional fashion stores on the high street, which have seen sales slump as they struggle to attract customers.

Last week Debenhams reported a 52 per cent slump in first-half profit and warned on the full-year outlook for the second time in four months.

Last month, New Look agreed a deal with creditors to shut 60 of its 788 shops and axe 980 jobs in exchange for continued financial support.

Boohoo joint bosses Mahmud Kamani and Carol Kane said the results had been achieved against the ‘backdrop of difficult trading in the UK clothing sector’.

They added: ‘The group made great progress during the year, integrating a new company, PrettyLittleThing, and a new brand, Nasty Gal, into the boohoo group.

‘Revenue from boohoo continued to grow strongly, whilst there has been an exceptional performance from PrettyLittleThing, and Nasty Gal exceeded our estimates in its first year.

‘Our international business showed higher growth rates and we are pleased with its gathering momentum.’

Boohoo said it now has 6.4million active customers, up 22 per cent on last year.

Earlier this year Boohoo raised £50million to help fund a new warehouse which would nearly double its existing storing capacity, in a bid to keep up with soaring demand.  The ‘automated super-site’ will provide Boohoo with more than £2billion of sales capacity.