Nearly all the top-paying cash Isas now let you transfer in money from your old tax-free accounts.

Previously, many top deals let you put in only the current year’s Isa allowance. But Nottingham BS has lifted the restriction on its branch-based Easy Access Isa paying 1.2 per cent.

That means the only top-payer that won’t accept transfers is National Savings & Investment’s Direct Isa at 1 per cent. 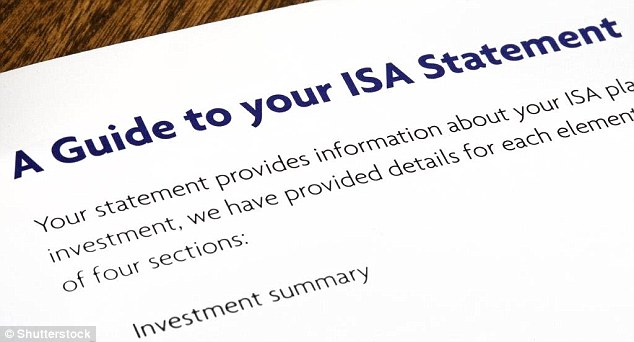 All those in older Isas – which can pay as little as 0.2 per cent – should switch to a better deal.  This includes savers who were tempted by NatWest’s top 1.25 per cent cash Isa offer last year. The account paid a one-percentage-point bonus if you put in your full £20,000 between April 6 and May 5 last year.

This bonus disappeared two weeks ago, leaving savers earning as little as 0.25 per cent. Top rates have edged up, widening the gap between best and worst. 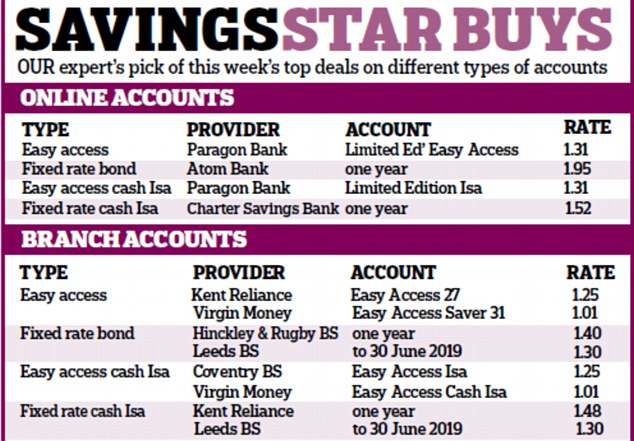 Moving your money is simple and quick now. The industry is committed to making sure at least 85 per cent of transfers go through within seven working days. In the first three months of 2018, it managed 92 per cent.

If providers don’t complete your transfer in 15 working days, they must start paying the new higher rate.

However, never close your old account and transfer the money yourself or you’ll lose its tax-free status. Instead, fill in a transfer form with your new provider.

If you’re switching a fixed-rate deal, be careful on filling in the date of the transfer. You’ll face a penalty of as much as six months’ interest if you ask for it to be moved before the end of the term.