Britain’s small investors were cheered today as BP raised its dividend for the first time in four years, boosting many of their pensions and investments.

A 50 per cent rise in the oil price helped more than double profits for the FTSE 100 energy giant, while payments for the Deepwater Horizon spill in the Gulf of Mexico in 2010 are starting to subside.

BP will hand back some of the extra profits to investors, raising its dividend by 2.5 per cent to 7.8p per share. 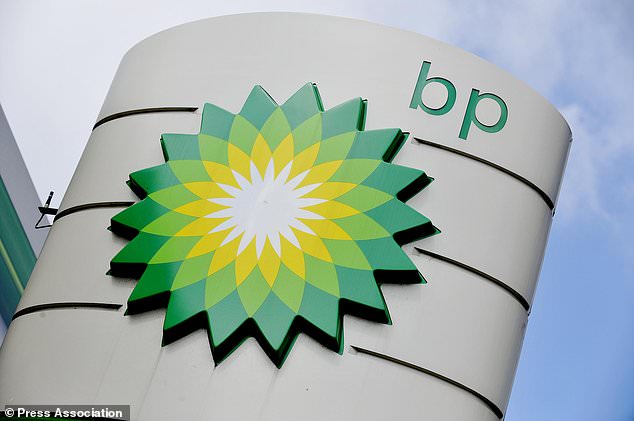 BP has raised its dividend for the first time in four years, handing back extra profits to investors

The oil giant is one of the biggest dividend paying shares listed on the London stock market and a core holding in many pension and investment funds, including popular tracker funds.

While the rise in the dividend only manages to match UK inflation, the return to increasing payouts pleased investors and traders.

‘Given this momentum and the strength of our financial frame, we are increasing our dividend for the first time in almost four years.

‘This reflects not just our commitment to growing distributions to shareholders but our confidence in the future.’ 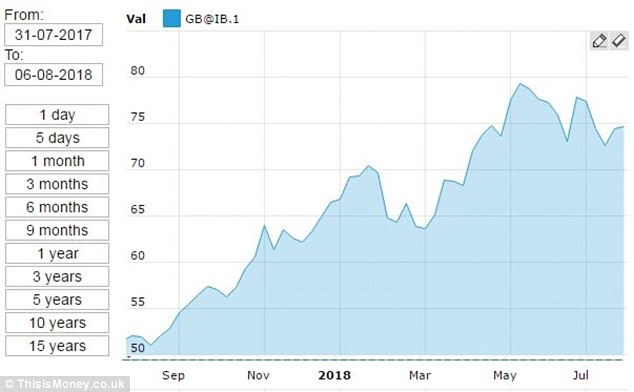 BP’s key underlying replacement cost profits figure for the first half of its financial year was £4.1billion ($5.4billion) or £1.7billion ($2.2billion).

Earnings were boosted by the higher oil price, which has risen from around $50 a year ago to $75 today.

At the same time, payouts for the Gulf of Mexico oil spill were £1.8 billion ($2.4billion) for the six-months, down £1.4billion ($1.9billion) on the same period last year.

The oil giant has a sizeable debt pile but has managed to reduce this slightly, with net debt down to £29.9billion from £30.3billion a year ago. 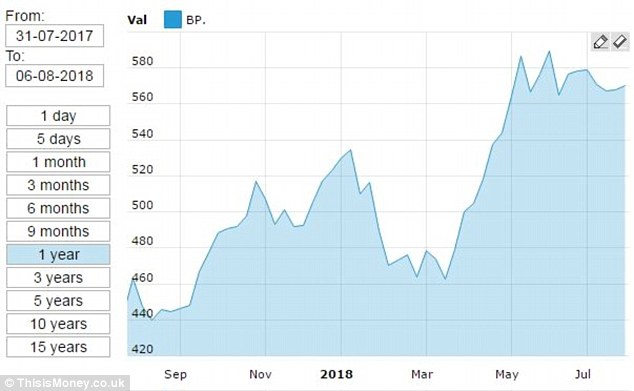 Shares in BP have climbed as the oil price has risen but lagged behind the mounting cost of a barrel. BP shares are up 24 per cent over the past year, while Brent crude has risen 50 per cent.

Nicholas Hyett, equity analyst at Hargreaves Lansdown, said: ‘Like Shell, BP is back to something that might almost be considered normal.

‘Cash generation is slightly lower than analysts had hoped for, and is being propped up by asset sales to some degree, but has still proven enough to fund necessary capital investment and increase the dividend.

‘With payments relating to the Deepwater Horizon disaster falling and oil prices bouncing, the future looks brighter for BP than it has for some time.’

BP recently indicated part of its strategy to adapting to a future where dependency on fossil fuels is chipped away at, by buying one of Britain’s leading electric car charging firms Chargemaster.