A start-up from Italy claims to have stolen a march in the race to commercialise graphene, the wonder material that is one of the crowning achievements of British science.

London stock market-listed Directa Plus, chaired by former civil servant and insurance boss Sir Peter Middleton, has pioneered a process to generate graphene in large quantities, aiming to use it in everything from clothing to tackling oil spills.

Graphene was first isolated at the University of Manchester in 2004. The strongest material ever tested, it is also a super conductor – giving it vast potential for a host of everyday and industrial uses. 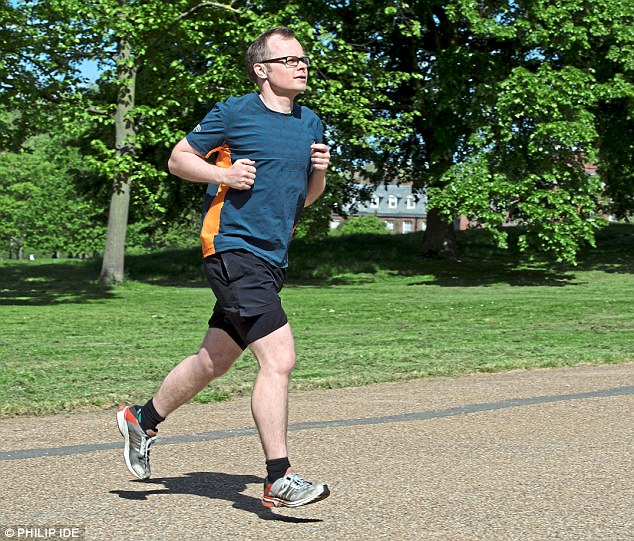 MY TOP TINGLED BUT DIDN’T MAKE ME COOLER

At the Directa Plus office on a science park near Lake Como, the company’s scientists bombard me with heat-map images and graphs showing how their prototype running top keeps you cooler during exercise, by conducting away heat rapidly.

But days later, back in London on a sunny May morning, does it make a marked difference on my three-mile jog into work? I’m not sure.

There is certainly an odd sensation every time you jog out of the shade into the sunshine, or catch a cool breeze. The temperature change tingles through the lightweight jersey.

But at the end of my half-hour run I can’t say I feel noticeably cooler than I usually would.

The company is experimenting with screen printing graphene on to various fabrics. The prototype feels a little too synthetic for comfort.

But even if this item isn’t a runaway success, graphene clothing has other attributes that could prove valuable.

Graphene can be flame-retardant, and Directa Plus is working with partner Alfredo Grassi to make clothes for firefighters.

Its conductivity could be significant in the growing area of ‘wearable’ gadgets, which monitor your body’s performance for review after exercise.

It is ‘bacteriostatic’ too, meaning your gym kit won’t smell as bad after a workout. The jersey I tested certainly needs fewer washes than a normal top.

Directa Plus and other companies developing uses for graphene are racing to get all of these applications to market, with the jeans due to go on sale early next year. Other products are imminent.

British consumers will not have long to wait to check the bold claims made for this wonder material for themselves.

It is being added to everything from tyres to trainers to make them more durable; could be used in aeroplanes to make them lighter; and even added to asphalt to prevent potholes in roads. But there have been fears since the groundbreaking work was done that the UK has been slow to take commercial advantage.

Maggie Schooley, an analyst at Cantor Fitzgerald, said Directa Plus’s techniques give it a key advantage over other UK-listed rivals. ‘It is now able to produce 30 tons of graphene-based material a year with the ability to efficiently scale production to meet future customer demand,’ she said.She added the group’s output was ‘materially ahead’ of other industrial graphene producers listed in London.

Some of the company’s early successes have come from printing graphene on to clothing. Because it conducts heat very quickly, it can keep people cool when exercising more effectively than alternatives, the company says.

Despite its potential, Directa Plus is still in the early stages. Full year results for 2017 showed income from sales of just under €1 million, and losses of almost €4 million.

But the firm last week signed a deal with Indian clothing manufacturer Arvind to put graphene in jeans. Arvind produces six million pairs every year for brands including Levi’s, Tommy Hilfiger and Wrangler. It has also done a string of deals with family-owned Italian business Alfredo Grassi, which makes uniforms for railway workers, firefighters and the military.

Matteo Renzi, when he was Italian Prime Minister, visited the company’s plant near Lake Como. CEO Giulio Cesareo told The Mail on Sunday that he had decided to set up in Italy because it had the ‘least expensive workforce. Despite the very advanced scientific skills in the UK, the aim was to take a proper level of risk at a very low cost.’ Among the brightest future prospects for Directa Plus over graphene – a single layer of carbon atoms arranged in a lattice – is a technique to separate oil from water.

There have been repeated calls for UK business and institutions to make more effort to capitalise on its innovation. In 2013, it emerged that the UK was lagging behind in its registration of graphene patents. US companies had filed 1,100 while in the UK there were only 46.

The University of Manchester has built a national graphene institute to develop knowledge and expertise in the super-material, and a second building is due to open later this year. James Baker, the CEO of Graphene@Manchester, an organisation designed to help the university’s researchers work with industry on the material, said it may be a while before graphene is fully commercialised. ‘Graphene is a teenager, it’s still only 13 or 14 years old,’ he said, adding that it took 30 years before many of the ambitions for carbon fibre were fully realised.