Britain’s top five banks are set to pay shareholders £12.7bn this year, despite failing to pass on 0.25% interest rate rise to struggling savers

Big banks are forecast to pay shareholders £12.7billion in their largest bonanza since the financial crisis – despite refusing to boost struggling savers’ interest rates.

The top five lenders on the London Stock Exchange will hand out the dividends this year, according to trading firm AJ Bell, in a sign their profits have come roaring back.

But so far, long-suffering customers building up a nest egg have been left out of the recovery.

Not a single major high street name has said it will pass on the full benefit to all customers of the Bank of England’s 0.25 rise of the interest rate earlier this month to 0.75 per cent.

Critics fear the banks will simply pocket the extra money they will now earn from borrowers.

The average savings rate pays just 0.42 per cent. Tom Adams of campaign group Savings Champion said: ‘Savers will be looking for a better rate now that the banks are doing better. They will be hugely disappointed if the interest they’re receiving isn’t reflective of the revival that is evident from dividends going back up.’ 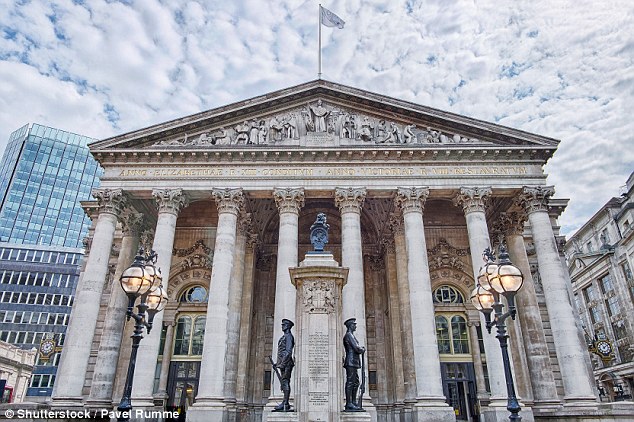 The top five lenders on the London Stock Exchange will hand out £12.7billion to shareholders this year, in a sign their profits have come roaring back (file photo)

Justin Modray of advice firm Candid Money said: ‘Yet again, banks are choosing to profit at the expense of savers when they could be passing on the rise in the base rate to savers.’

Banks’ revenues will automatically rise by hundreds of millions of pounds thanks to the 1.3million customers on a tracker mortgage.

Barclays and Lloyds have also increased the interest on their standard variable rate mortgages by 0.25 percentage points but have failed to give savers any increase.

The pair made combined profits of £4.8billion in the first six months of 2018.

They are both among the top five FTSE 100 lenders, who together made £9.3billion of profits in the second quarter of 2018, their best three-month showing in more than five years.

Their total dividend pay-out this year will be up on last year’s £10.9billion and will be the highest since the £13.3billion doled out in 2007. 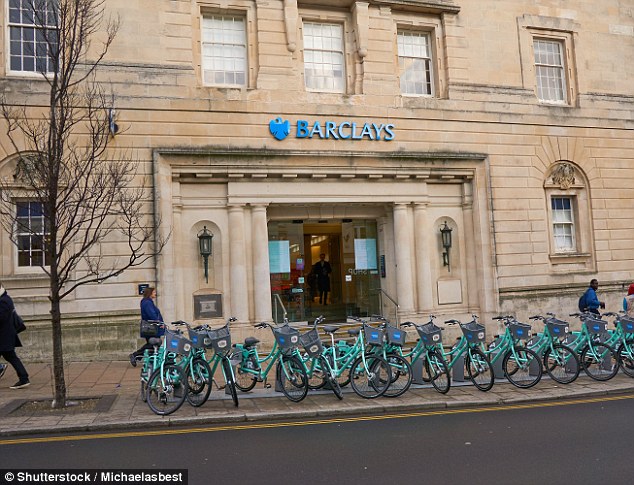 Barclays and Lloyds have also increased the interest on their standard variable rate mortgages by 0.25 percentage points but have failed to give savers any increase (file photo)