British car makers are the companies facing the biggest challenges ahead – even more than ailing High Street retailers – as they could struggle to compete with European rivals after Brexit, according to a new report.

Publishing its latest quarterly data on the financial health of UK companies, insolvency specialist Begbies Traynor said that the automotive sector looked the most vulnerable, facing a slowdown in production output and investment and job cuts.

It comes as the financial health of UK companies continued to deteriorate in the second quarter, with a total of 472,183 businesses experiencing ‘significant’ financial distress – an increase of 9 per cent compared to the same quarter last year. 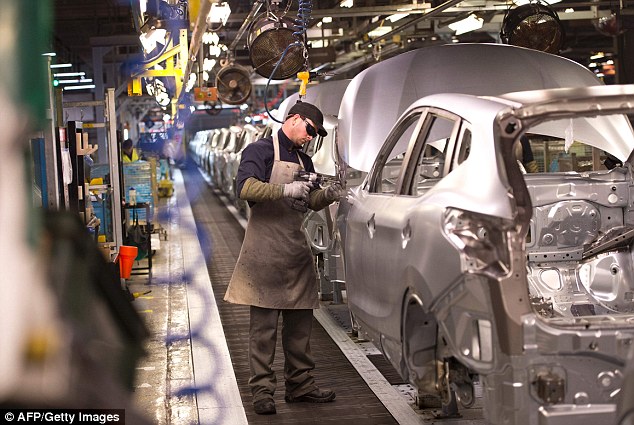 At risk: Car manufacturers and car parts makers are ‘in real stress’ at the moment

According to the research, over 250,000 companies had negative net worth – which is when a company’s liabilities exceed its assets plus shareholders’ equity due to either borrowing too much or a decline in the value of assets.

A further 109,000 companies had seen a ‘considerable increase’ in their working capital deficit – or the lack of liquidity for immediate operational needs such as paying suppliers.

Of the companies in financial distress, about 14,500 were companies in the automotive industry – which is only 1 per cent higher, or 146 more, than in the second quarter last year.

In fact, the report suggests that the levels of financial distress are increasing at a much slower rate than during the previous quarters, with the proportion of businesses in trouble having increased by a larger 33 per cent at the start of the year and by 36 per cent in the last quarter of 2017.

However, it says that while there’s a chance that this positive trend could continue, the outlook for industries like the automotive and retail face an ‘increasingly uncertain’ future.

‘The problems facing high street retail have been well documented of late, with the recent epidemic of CVAs and store closures being just the tip of the iceberg,’ said Julie Palmer, partner at Begbies Traynor.

‘However, the UK automotive sector looks to be most at risk in our view, facing job cuts and a slowdown in production output and investment, as industry pundits question how it will be able to compete with European competitors post Brexit.’

The mostly foreign-owned British automotive industry has already been hit hard by Brexit as investment halved in the first six months of the year compared to 2017, according to the latest figures by the Society of Motor Manufacturers and Traders.

Palmer said the whole industry is in ‘real stress’ at the moment, with car parts makers in the most difficult situation.

‘Unless there is comprehensive trade agreement, the legal and regulatory difficulties faced by the industry will span everything from environmental regulations, to workforce restrictions, research and development and product-type approvals.’ 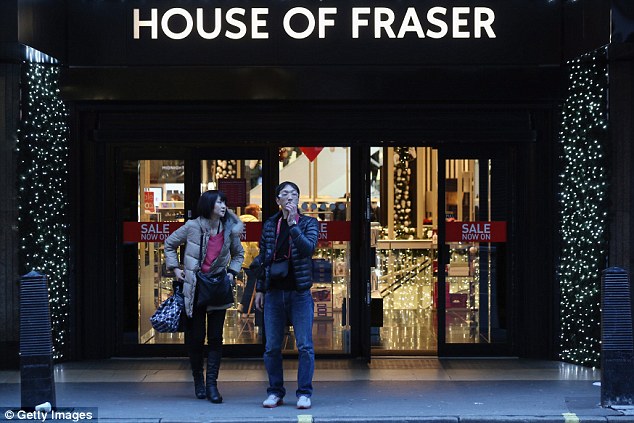 Retail crisis: In the past few months, House of Fraser has initiated a radical store closure plan

Production of vehicles for export is down by 1.5 per cent in the wake of mounting concerns that the manufacturing sector would be crippled if no trade agreement is put in place with the EU by the time Brexit happens.

UK car factory output for the year so far currently stand at 705,603 units, which is still 2.9 per cent down on the same period last year, according to SMMT.

Companies in the south of England faced the most dramatic deterioration in their financial health, with London coming in as the worst-performing region in the UK, according to the report.