BT broadband claim would have Brunel ‘turning in grave’

The steam engine, the railways, the Forth Bridge, the Industrial Revolution – now we can count superfast broadband as ‘one of Britain’s great engineering achievements’, according to a BT executive in a claim that will outrage customers who despair of their internet speeds.

The striking statement was made last week by Clive Selley, the boss of BT’s Openreach division, which looks after wires and other infrastructure.

But Selley’s words would have Britain’s most famous engineer, Isambard Kingdom Brunel, ‘turning in his grave’, said critics, who pointed out that the UK still had slower internet than countries such as Madagascar. 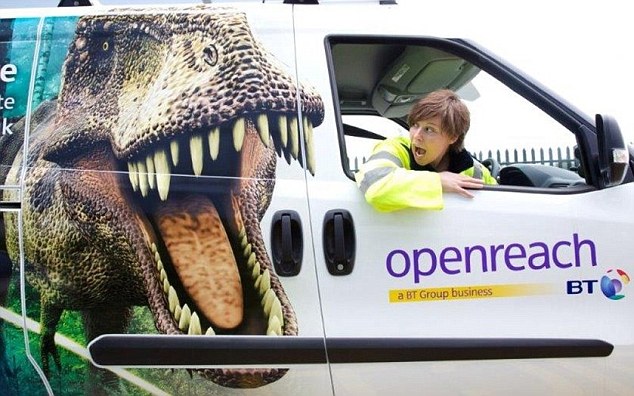 Is superfast broadband as ‘one of Britain’s great engineering achievements’?

The comments came as the Government published a report assessing the rollout of superfast broadband in rural areas. But the UK is in the bottom third of EU countries and in 35th place worldwide for speed, said a recent survey.

Evan Wienburg, chief executive of broadband provider TrueSpeed, described the £1.2 billion programme to roll out the superfast service across the UK as ‘an interim solution that has had money thrown at it… the harsh reality is that it will not support Britain’s future needs’.

His company advertises its own internet speeds as being more than eight times faster than those defined as superfast in the Government programme.

Greg Mesch, chief executive of CityFibre, another BT rival, was also critical. ‘Describing a copper-based network rollout that leaves the UK at 35th in the world speed rankings as one of Britain’s “great engineering achievements” will have Brunel turning in his grave,’ he said.

The programme came under fire after it was launched in 2010 because all of the contracts were handed to BT. It led to accusations that the telecoms giant was using public money to rebuild its monopoly.

Mesch said BT had ‘committed itself to milking every last penny from its copper networks’, instead of backing technology fit for the future.

And TalkTalk said that while faster broadband was good news, ‘it won’t be sufficient to cope with rising demand’.

Full fibre connections are the fastest way to deliver broadband services, but only 4 per cent of the UK is covered, compared with 89 per cent in Portugal.