BT claims to be ‘making progress’ with its EE mobile business

The British behemoth’s bottom line lifted 1 per cent to £1.8bn in the last three months, while sales fell 2 per cent. Despite pressure on BT’s broadband business, its EE mobile unit proved resilient, with mobile customer numbers rising 4 per cent.

Last month, BT said that its chief executive Gavin Patterson would step down, after he lost the faith of shareholders. 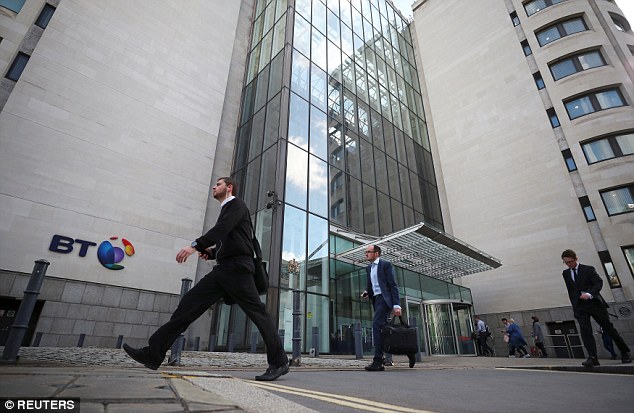 British Telecom’s headquarters are in London but the firm hires 900,000 across 61 countries

Patterson announced 13,000 jobs cuts in May as part of an ambitious £1.5bn cost savings programme, but the move left investors cold and prompted the ongoing search for his successor.

Today, in what could be his final market update, Patterson said the firm was making positive progress.

‘We are making positive progress against our strategy. Our customer experience metrics continue to improve and we have seen the successful launch of new converged products including BT Plus,’ he said.

In the update, which exceeded expectations, BT reaffirmed its guidance for the year that sales will fall 2 per cent and profits will come in between £7.3 and £7.4bn.

However, some City watchers are concerned that BT still has many plates to spin in before it can drive progress.

Richard Hunter, head of markets at Interactive Investor, said BT has been a ‘work in progress for some considerable time’.

‘Of course, the hope is that the new boss will transform the prospects of the lumbering, if not slumbering, beast which BT had become. 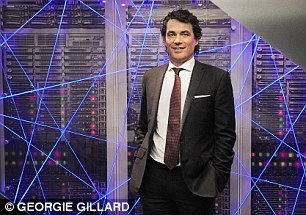 ‘The scale of the task ahead should not be underestimated. There is continuing pressure on cash flow – Wholesale and Openreach reported declines in adjusted earnings – whilst the pensions situation lurks in the background.

‘The lack of significant progress in recent years has finally led a decision that the CEO needs to be replaced, and there are a host of competitors waiting to make life hard for BT, particularly in the fibre networks space.’

Likewise, Graham Spooner, investment research analyst at The Share Centre, said: ‘For now, there are clearly still challenges on a number of fronts so the shares are no better than a ‘hold’’.

Shares rose 3.6 per cent on the news, but BT’s price has fallen 28 per cent over the last year and around 45 per cent in the last two years.