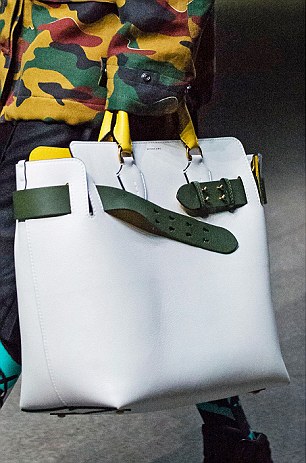 Burberry has picked up an Italian luxury leather goods business as it tries to become as famous for handbags as it is for trench coats.

The British fashion house is buying the business from CF&P, which is based in Tuscany, and hopes the purchase will help it compete against Gucci, Louis Vuitton and Celine.

Burberry shunned a £15billion ($20billion) takeover from US handbag maker Coach in 2016.

The merged company would have brought together Coach’s leather handbags, which sell online for up to £1,400, and Burberry’s clothing lines which include its signature check patterned trench coats.

CF&P was founded in 2012 by an all-female team and is known for making handbags and other accessories from ostrich, alligator and python skin. It has been working with Burberry for several years, creating handbags that cost between £1,190 and £1,790.

Burberry will buy the operations from CF&P, with 98 of the manufacturer’s 170 employees joining as well. The manufacturing site will remain in Italy.

The purchase comes shortly after Burberry appointed Italian designer Riccardo Tisci, 43, from Gucci as its chief creative officer. Last year it brought in fellow Italian Marco Gobbetti, 58, as chief executive, to replace Christopher Bailey, 47, who is stepping down later this year after 17 years at Burberry.

Analysts said Burberry’s further push into Italy was ‘a good thing’. Flavio Cereda, an analyst at Jefferies, said: ‘This further Italianisation of Burberry is a positive, the group’s messy supply chain is an area of concern and moves to redress this are welcome. Burberry needs to be taken seriously in leather and this is a start.’

Buying CF&P’s division will give Burberry more control over the design and manufacturing of its handbags, which are a hit with affluent young shoppers – particularly in China. 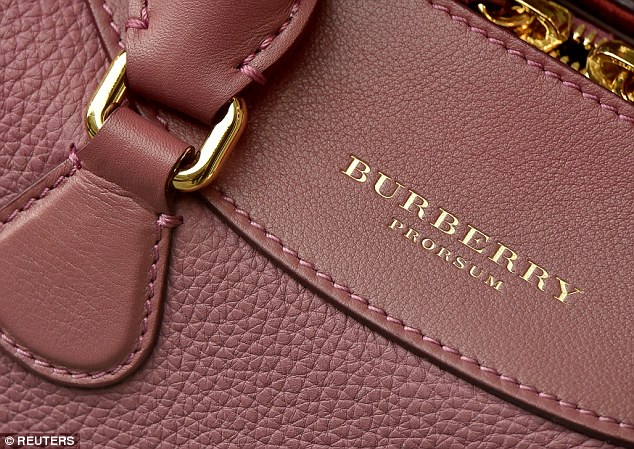 The group has been moving away from traditional handbags towards an edgier and more fashion conscious style in recent years. Its trench coat-inspired Belt Bag, pictured at right, was launched this year and has proven a success.

The redesign is part of its push to target millennials – shoppers aged 18 to 35 – as photo sharing apps like Instagram fuel a desire to have the latest must-have luxury items.

The changes are part of Gobbetti’s five-year strategy, which will place more emphasis on luxury goods and introduce higher pricing for new items such as leather bags.

Burberry is only months into the plan but so far analysts have been sceptical of the changes. In January it revealed that revenues fell by 2er cent in the final three months of 2017 because customers were buying fewer £6,000 coats and were instead opting for cheaper products such as £95 T-shirts.

The company is expected to announce a 1er cent fall in full-year revenues later this week, alongside a 3per cent climb in sales.