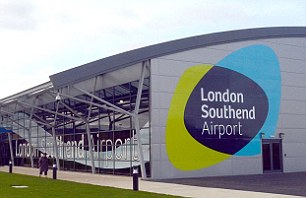 A boardroom spat at Stobart Group escalated as a war of words broke out between the London Southend airport owner and its former chief executive.

Stobart lashed out at ex-boss Andrew Tinkler for looking to oust its chairman Iain Ferguson.

Tinkler, 54, who stepped down as chief executive last year, still sits on Stobart’s board and owns 7.7per cent of its shares.

He and two other shareholders who own a combined 25.5per cent stake will vote against Ferguson’s re-election at next month’s AGM.

Stobart says Tinkler is ‘destabilising’ the group at a crucial time.