The boss of Rolls-Royce told Donald Trump to buy British during a dinner for business leaders.

Warren East, chief executive of the engineering giant, met the US president at Blenheim Palace during a dinner hosted by Theresa May.

Trump has been trying to help American firms win business under a Buy America agenda, including plans this week to cut red tape for defence sales abroad. 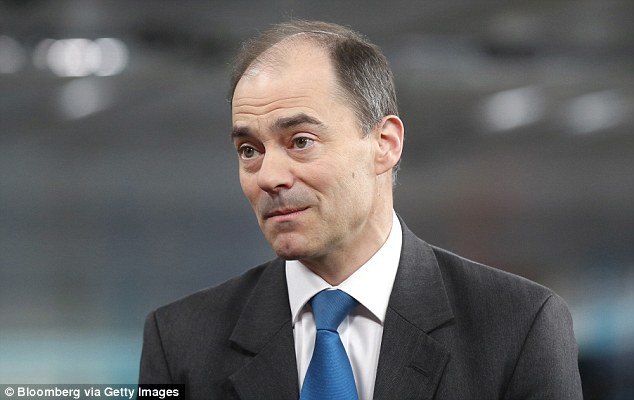 The boss of Rolls-Royce, Warren East, told Donald Trump to buy British during a dinner for business leaders

But yesterday East, pictured, reminded the president not to overlook Rolls, whose engines are on Airbus and Boeing planes.

Speaking at the Farnborough Airshow, East, 56, said: ‘We had a very sort of normal conversation. We have a chunk of business in the US – the Department of Defense is a big customer – we have about 7,500 employees in the country.

‘Boeing is an important partner for us and American Airlines are important customers.

‘In an environment where there is a lot of rhetoric around ‘buy America’ I thought it was an opportunity to fly the flag for Rolls-Royce and point out to the president that actually there is a chunk of business that we are doing with the US and it isn’t all about ‘buy America’ – and he seemed to understand that very well.’ 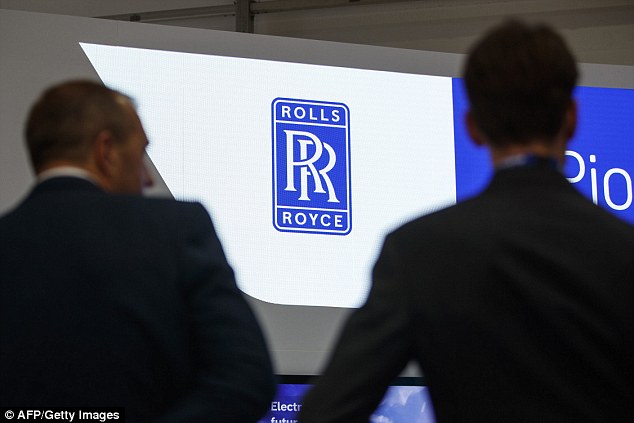 Rolls made about £4.4billion of its total £16billion sales in the US last year. Many British firms are banking on an increase in US defence spending under Trump

About 150 business leaders are thought to have attended the dinner thrown by the Prime Minister.

The guest list is thought to have included Jim Ratcliffe from chemicals group Ineos and Larry Fink, boss of the investment company Blackrock.

Rolls made about £4.4billion of its total £16billion sales in the US last year. Many British firms are banking on an increase in US defence spending under Trump.

Rolls, however, is battling to fix problems on its Trent 1000 engines due to parts wearing out more quickly than expected.

Chris Cholerton, president of the civil aerospace division, said yesterday that disruption is expected to go on until next year while it checks and fixes engines.

The company has had compensation claims from airlines but declined to say for how much or how many yesterday.

Cholerton added: ‘Clearly we deeply regret the disruption we are causing to our customers. We are intensely focused on working with customers to resolve those issues as quickly as possible.’

Rolls is also investing about £30million a year into a unit to develop electric and hybrid engines for aeroplanes.

Earlier this week it unveiled plans for a flying taxi.

In addition, it hopes to supply engines for a mid-size aeroplane being developed by Boeing.

East, however, struck a note of caution, saying: ‘As we all know there are question marks about whether they [Boeing] are actually going to go ahead with it.’

He also said Rolls had begun contingency planning for a disorderly Brexit, saying it may have to start stockpiling parts towards the end of the year, depending on how negotiations go.