Tens of thousands of landlords will struggle to remortgage in the next few months as their two-year fixed rate deals come to an end.

The usually high number of landlords coming to the end of the two-year initial deal follows a spike in property investors snapping up mortgages in March 2016.

At that time, landlords raced to buy in a bid to avoid the 3 per cent surcharge being introduced on all new buy-to-let and second home purchases from April that year. 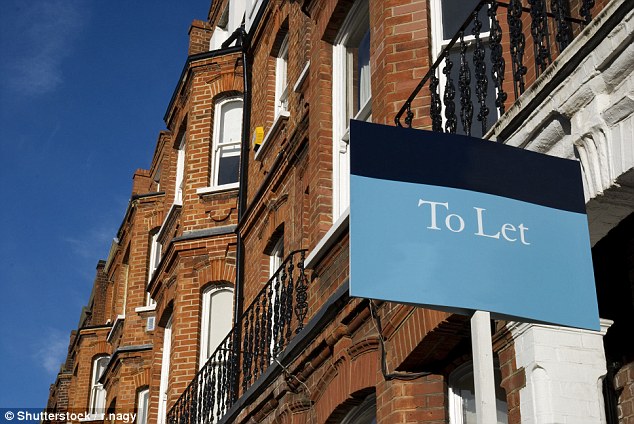 As their attractive initial deals come to an end, these landlords will need to refinance to avoid automatically slipping onto their lenders’ so-called standard variable rate – which tends to be significantly higher and could see monthly payments spiral

However, many will struggle to remortgage in what is now being referred to as the ‘remortgaging crunch’.

This is where new tighter lending criteria applied to buy-to-let mortgages is preventing landlords from securing a new deal, according to Ray Boulger, of mortgage brokers John Charcol.

He explained: ‘There is now much stricter mortgage regulation in place than two years ago. If you borrowed close to the maximum loan-to-value two years ago, then you are going to face much stricter lending criteria, which includes greater affordability tests.

‘In a lot of cases, landlords won’t be able to remortgage, but they will be able to do a product transfer with their existing lender. It means their options will be limited.’

He suggested that many of the landlords who bought new properties in March 2016 and rushed to beat the deadline will have taken out popular two-year fixed rate deals. 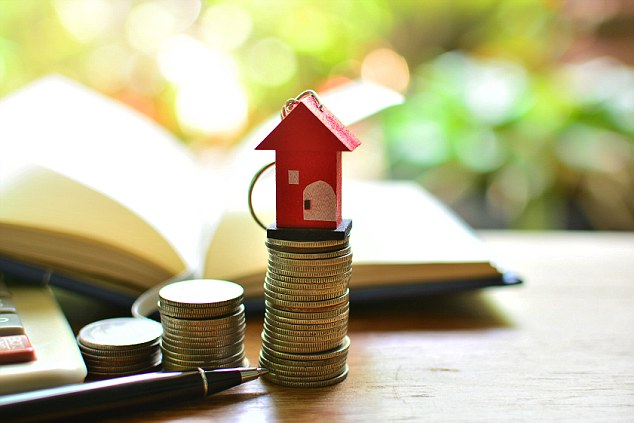 He went on to say that a lack of readily available finance for these landlords could expedite their decision to quit buy-to-let.

‘It is unlikely that the restricted mortgage options will, on their own, result in landlords quitting buy-to-let, but it is part of the bigger picture as those hit hardest by this are the same landlords who will be hit hardest by the income tax changes,’ he said.

In 2017, the Government began gradually reducing the amount of tax relief available to landlords over a four-year period, replacing it with a 20 per cent tax credit.

And in the same year, the Bank of England introduced new rules meaning landlords need more rental income to cover their mortgage costs. This is known as ‘stress-testing’, which looks at the rental income, mortgage payments and whether a landlord can afford to cover the mortgage if interest rates rise.

Mr Boulger issued the warning about the upcoming remortgaging crunch after highlighting an 87 per cent year-on year increase in housing transactions in March 2016, based on figures published by HMRC.

It equates to almost 80,000 properties being bought in that month, with Mr Boulger suggesting that around 70,000 would have been bought as buy-to-let properties due to the approaching stamp duty changes deadline.

Around half of these would have been bought with mortgages.

He explained that a significant of buy-to-let properties were bought with cash two years ago to meet the stamp duty deadline.

He said: ‘Solicitors were working right up to midnight to beat the deadline in 2016. Some investors would have used cash to buy their properties and then remortgaged after the deadline, if they did not have time to get the mortgage process completed.’

Why landlords raced to beat the stamp duty deadline

Landlords took such extreme measures as it meant they could save significant amounts of money.

If the same landlord waited until after the new surcharge was introduced, they would see their bill increase to £14,000.

It was the main reason behind the 87 per cent year-on-year increase in housing transactions in March 2016, according to Mr Boulger. It compares to an 8.1 per cent increase in January and a 16.3 increase in February of the same year. Levels returned to 15.4 per cent in April.

Work out your monthly payments

Mr Boulger explained that while the figures – based on data from HMRC and the Bank of England – do not show the breakdown between those properties bought as a home and an investment, its anecdotally evidence suggested a large majority of purchases were buy-to-let.

He said: ‘Although some of the increase in the number of properties purchased was due to cash buyers, the huge increase in mortgage completions was mainly due to buy-to-let and a good proportion – more than 50 per cent – of these purchases were on two year fixed rates.’

He urged landlords whose initial fixed rate deals are coming to an end to begin their research into what new deals are available as it typically takes six to eight weeks to complete a remortgage.

Many landlords will have no other option than to stick with their existing lender as they fail to meet the stricter lending criteria imposed on potentially better deals elsewhere.

Mr Boulger said: ‘Many landlords who had a loan-to-value in excess of 60 per cent will struggle to remortgage but they will be able to get another deal with their existing lender.’