Can Avon win over millennial shoppers and sellers?

Avon, the 130-year-old beauty firm still known for its ‘Avon calling’ advertisements, has been looking a little worse for wear.

Its share price is in the doldrums, with many Western millennials knowing it only as the makeup brand their mothers, or even grandmothers, used.

But the global cosmetics stalwart has a new boss in tow, who has ordered Avon a dramatic makeover of its own to gird it against the proliferation of new, trendy upstarts making waves in the fast-paced beauty market. 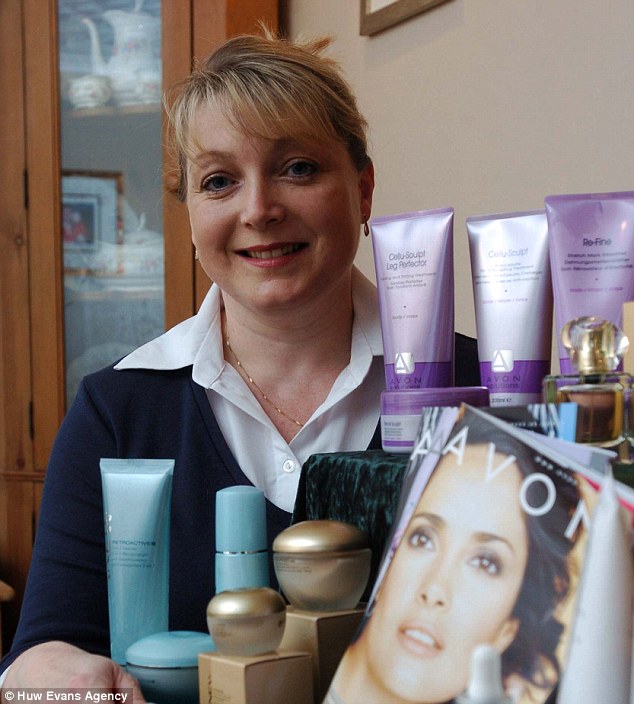 Avon relies on its reps worldwide to sell its products, but ‘Avon ladies’ have changed a lot since 2006, when this picture was taken, and social media turned the role on its head

For Avon, the challenge is two-fold: it’s not just about making British women want to buy its products again, it needs to find women to sell them too.

The company – wedded to its social selling model – currently hinges on the efforts of six million ‘Avon ladies’ worldwide, a number ambitious new chief executive Jan Zijderveld wants to double in the next five years.

Speaking to This is Money, Zijderveld says Avon is hoping to expand its pool of 100,000 UK sellers by piggybacking on the burgeoning gig economy.

‘There are lots of people looking for extra money, and high demand for part-time, flexible jobs, as Uber and firms like that are helping to grow the gig economy,’ he says.

Recruits have recently proven hard to come by in some of Avon’s markets, as the firm is plagued by its worn-out image, stiff competition and the false belief that to be an Avon Lady you have to trudge around town selling door-to-door.

But, according to Zijderveld, the number of representatives is on the up again, as a new generation of Avon lady emerges – or ‘e-beauty entrepreneur’, as he calls them.

Some even post YouTube videos with makeup demonstrations to extend their reach further still and promote new products.

Avon lady – but not as you know her 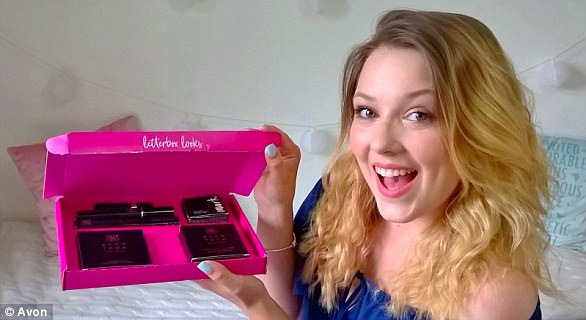 Sammy, a 23 year-old mum of two from Middlesex, works for Avon alongside studying with the Open University for a degree in Law.

Her Avon business is entirely online and supported by a popular beauty blog.

Alongside the blog, Sammy has a YouTube channel with more than 2,000 subscribers through which she shares beauty best buys and make-up tutorials using Avon products, as well as other brands.

This helps her to get new Avon customers and keep existing clients happy too. 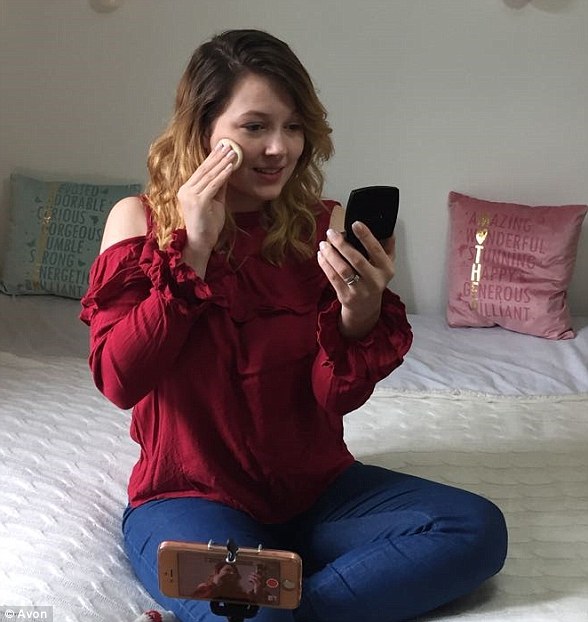 Sammy films herself using the products, offering hints and tips to clients remotely

Why sell for Avon?

•  At Avon, unlike some other social selling firms, reps don’t have to pre-order any stock to get started.

•  There are no upfront costs – reps do not have to pay Avon until they have received payment from customers.

•  Avon offers a 100 per cent money-back guarantee, so everything can be returned for credit.

• There are a wide range of training and development opportunities, management support.

And, not a moment too soon, Avon is innovating to make this new style of selling much easier. Earlier this year, it launched its first digital catalogue, which reps can share with clients via WhatsApp or social media platforms.

It has just launched a trial of its brand new ‘Personalised Beauty App’ in the UK too, which uses paint-matching technology to help reps take an accurate reading of a client’s skin-type and tone from just a photograph.

‘We are getting into gear,’ the makeup boss vows.

‘We’re offer part-time work for ladies who like beauty and want to earn some money, and now they can use their social networks to help them earn much more.

‘We want people to be able to sell our products anytime, anywhere and so we will give her what she needs to do exactly that and build a business online,’ he says.

Can Avon keep up the pace?

Make-up shoppers have more choice than ever before: as well as having numerous retailers online and on the High Street to choose from, beauty brands like Mac are opening dedicated flagship stores in convenient locations too.

Subscription services, like the Beauty Box by Birchbox, and The Hut Group’s Glossybox, are treading on Avon’s toes too.

As Zijderveld himself attests, the firm needs a serious face lift if it hopes to compete with such upstarts – particularly in the UK. 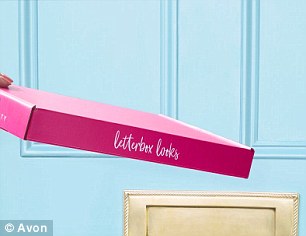 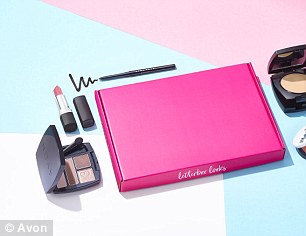 ‘A lot of people know Avon, but the whole proposition needs to be freshened up and rejuvenated. We need to be more modern. We need to tell the story better, we need to innovate better.

‘So we will have a whole new look and more edgy young advertising campaigns to make us young again,’ he tells This is Money.

In addition to its makeover, Avon is trialling its own subscription service it calls ‘Letterbox Looks’, which includes six products for £20. 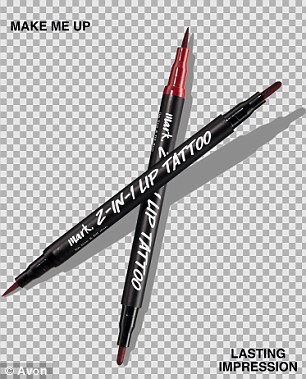 Avon is turning around new products quicker, such as this Lip Tattoo, which took 23 weeks

Another part of Zijderveld’s mission is to speed up Avon’s product development, so it can become what he calls internally ‘the Zara of beauty’.

‘Some products are now being brought to market in  four months now, where it used to be two years,’ he says.

Clearly Avon, with a market cap of less than $800m, has a long way to go before it can compare itself to Zara – worth, according to Forbes, an eye watering $13 billion.

But Zijderveld is set on creating what he calls ‘a super successful, high-tech, high-touch and hi-impact Avon’, confident that in the next five years he will not only double the number of reps, but the company’s earnings too.

It currently operates in 57 countries worldwide

Avon is listed in New York but, since splitting off its US arm, is based in Chiswick, London

To date, Avon has donated more than $60m globally to end domestic violence

In the last 25 years, Avon has funded breast screenings for 20 million women.

Avon is No.3 beauty brand on Facebook with 20 million fans