Can you name these nine common dashboard warning symbols?

With modern cars fitted with endless technology and packed with sensors it’s inevitable that at some point a warning light is going to flash up on the dashboard.

Despite the risk of mechanical failures that can not only be dangerous but expensive to repair if the vehicle isn’t stopped immediately, more than half of motorists don’t know what the glowing icons are trying to tell them.

That’s according to a new study by car history checking website HPI, which found 59 per cent of people surveyed don’t know common warning lights. The question is: do you?

We’ve created a quiz to test your knowledge of dashboard warning symbols (which you can find at the bottom of the story). 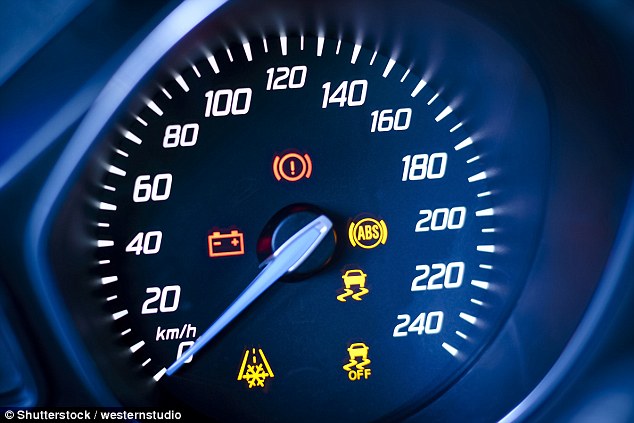 Failure: The majority of motorists cannot name all of the warning lights on a dashboard

The survey of 1,000 motorists found Britons are ‘lacking in knowledge and urgency when it comes to both recognising and reacting to dashboard warning lights’.

What’s more concerning is that nearly one in five even confuse an illuminated dashboard light as a good thing.

In some cases, respondents believed the airbag warning light was trying to tell them the airbag was ‘on’ rather than there being a fault with the system, which could have fatal consequences for them and their passengers if they were involved in a collision.

Even when motorists do realise that a warning light suggests something’s up, it takes quite some time for them to get it checked.

On average, it takes drivers eight days and three hours to have a dashboard warning light investigated and resolved, the survey found.

When it came to demographic splits, men were faster to get a warning light checked – seven days and eight hours compared to eight days nine hours for women.

Over 55s were the fastest age group to react on average (six days and four hours) compared to 18 to 24 year olds who took the longest at ten days and six hours. 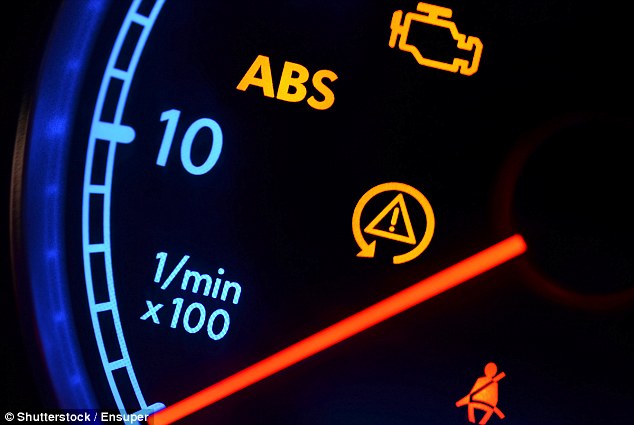 A small fraction – less than one per cent – worryingly confessed to ignoring a warning light completely and driving on regardless.

Fernando Garcia, consumer marketing director at HPI Check, warned that neglecting a warning light for over a week could put drivers and all other road users in grave danger.

Speaking about the research, he said: ‘What stood out to us the most, was the shocking 96 per cent who were unable to recognise an issue with the brake system from the common warning light symbol.

‘It was also interesting to see the generational split among drivers, with millennials leaving issues until the last minute.

‘From a financial point of view, whilst car repairs can be costly, it’s also important to remember that safety is paramount on the roads, and we would recommend that all drivers brush up on their dashboard knowledge where needed.’

When motorists were asked to identify common warning lights, these were the nine they most commonly didn’t know.

It’s time for you to sit the test and see if you can name each dashboard warning symbol correctly in our quiz:

If you’re unable to see the quiz in the MailOnline app or in Facebook Instant Articles please click on the following link to view it on our website instead.