Cast off! Dial A Dump boss sues Monaco Yacht Show for allegedly barring him from the event

Cast off! Dial A Dump boss sues Monaco Yacht Show for allegedly barring him from the event 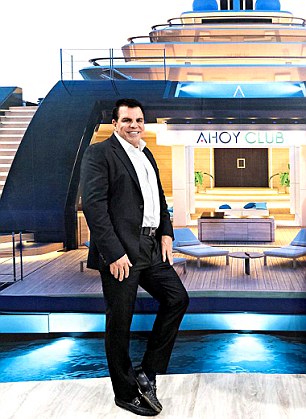 Mutiny: Ian Malouf says he is seen as a threat to yacht brokers

Waste clearance tycoon Ian Malouf is suing the organisers of the Monaco Yacht Show for allegedly barring him from the industry’s biggest networking event.

Yacht broker Malouf – who made his fortune through his industrial waste firm Dial A Dump – paid around £45,000 for a berth for his £22million super-yacht Mischief at the 2018 show in September.

The organisers confirmed his booking but then cancelled it ‘abruptly’ and ‘without good cause’, Malouf claims. He is seeking damages after filing a lawsuit in Monaco.

At a preliminary hearing last month, his lawyers accused the organisers of excluding him because he is a threat to the ‘cosy bunch’ of superyacht brokers. His online broker, called The Ahoy Club, undercuts traditional brokers by charging 4 per cent commission instead of 20 per cent.

The ban is a blow for Australian Malouf because he hoped to find a buyer for Mischief at the event, said to be ‘the ultimate showcase for industry influencers’.

Around 120 superyachts will be on display, with a quarter for sale. Spokesmen for the organisers declined to comment ahead of a second hearing later this month.