Dairy Crest has been boosted by its leading brands, Cathedral City cheese and Clover spread.

The group said combined revenues across its range, which also include Frylight cooking oil and Country Life butter, grew by 6per cent in the three months to June 30.

But Cathedral City and Clover were the company’s star performers, with revenues for both growing by 10per cent. 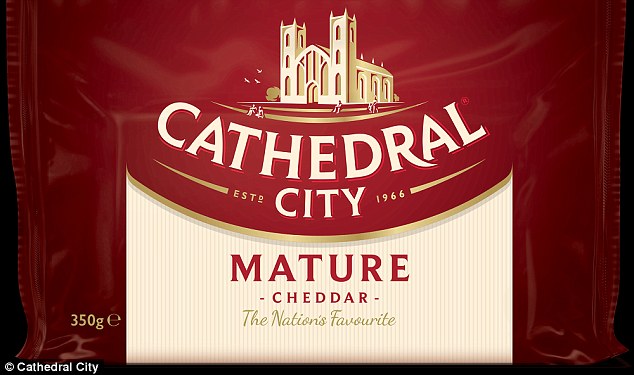 Dairy Crest has been boosted by its leading brands, Cathedral City cheese and Clover spread

Chief executive Mark Allen said: ‘While the butter market remains challenging, our spreads continue to go from strength to strength, demonstrating the benefit of our diversified portfolio.’

Dairy Crest expects to launch several products before the end of this year.

In May, it tapped investors for £69.8million to bankroll expansion plans.

The cash will be used to increase cheese production from 54,000 tonnes a year to up to 77,000 tonnes on the back of soaring demand.

Dairy Crest pointed to the fast-growing cheese market in Britain, which is expanding at 2per cent a year, highlighting opportunities in snacking and convenience ranges.

It also said there was demand for high-quality mature cheddar in Europe, the US, China and the Far East.