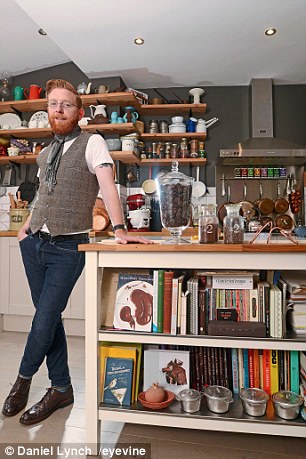 Sweet success: Paul A Young has won major awards for his chocolates

Celebrity chocolatier Paul A Young cannot command high fees for his groundbreaking work and award-winning chocolates because there are no Michelin stars for chocolate-makers.

The British entrepreneur, who was raised by a single mother on benefits, owns a string of fine chocolate shops and regularly appears on TV cookery shows. But despite his success Paul, 45, is still waiting for that big, life-changing pay cheque.

His secret passion – when he is not inventing new recipes for delicious chocolates – is designer shoes.

Paul’s main financial regret is missing the boat on Bitcoin when he had the chance.

His book Adventures With Chocolate won a top prize at the Gourmand Cookbook awards in Paris and in 2014 he was named outstanding British chocolatier at the International Chocolate Awards.

He lives in Walthamstow, East London, with his dachshund Billy.

How to budget. My parents divorced when I was 18 months old so I grew up with just my mum and my brother, and we did not have a lot of money. The divorce was tough on my mum.

Although she had a few part-time jobs she mainly survived on benefits. As a result Mum had to allocate every penny carefully.

I am sure she went short on food and clothes to ensure we were looked after and had our school uniforms and sports kits. So when I started earning my own money I knew how to budget although I was not frugal like she was. In fact I was a bit frivolous at times. Part of me thought: you only live once, I might as well treat myself.

I remember at one point I got down to my last 50p and had to call my mother to ask her to send me a fiver in the post. 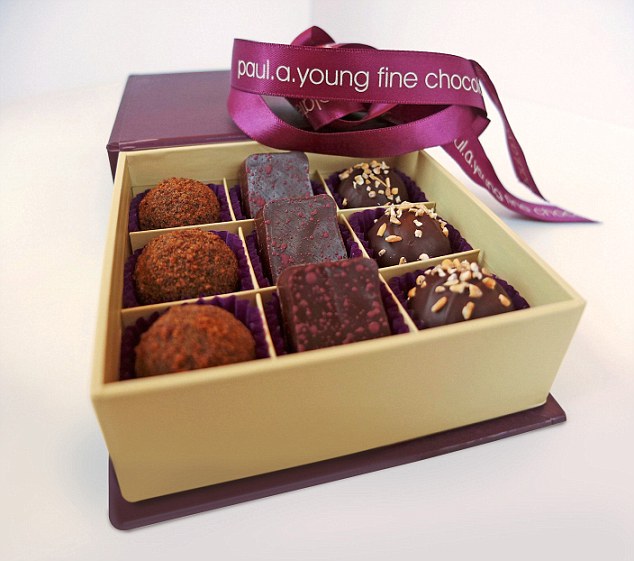 The British entrepreneur owns a string of fine chocolate shops

At the age of 15 I worked in a restaurant washing pots, preparing vegetables and making bar meals for £1.40 an hour. I worked two nights a week and the weekends at the same time as studying full-time to be a chef at college in York.

Yes. The worst time was probably in 1995. I had just bought my first home – a one-bedroom house in Leeds – and had a mortgage to pay on a very low salary. I remember having to count every single penny. It was stressful.

No. I have never been paid a ridiculous, life-changing amount of money. That is not to say I have not been well paid over the years. But I have had to do three or four jobs at a time to earn that money. I think it does not happen often in the chocolate industry. There are no Michelin stars for chocolate.

It was 2004, the year before I opened my first shop in Islington in London I was teaching and doing consultancy work six or seven days a week so I could save up to open my first shop. I worked so hard to earn the money to do that. 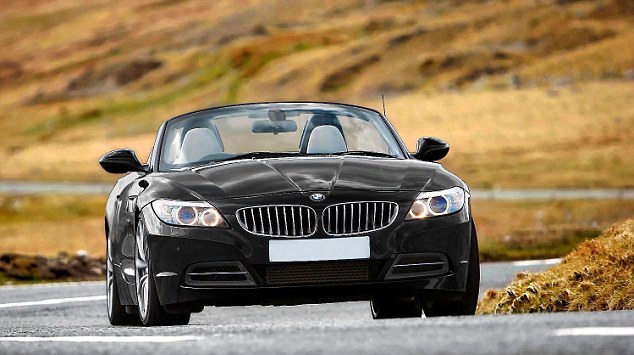 What is the biggest money mistake you have made?

I wish I had invested in Bitcoin years ago. When people who had put in just a few dollars became millionaires, I thought: ‘Oh, for goodness sake. I wish I had just put in a tenner.’

What was your best money decision?

Setting up my business. It has been the the best investment of my life – and enabled people to eat a lot of good chocolate. It is not a money pot. We have been through recessions and now with Brexit there are lot of unknowns. But professionally it has been fantastic for me and I now employ 30 people.

I do not invest in the stock market and I only started saving into my work-based pension a couple of years ago, when we had to set up an auto-enrolment scheme. I am now in my mid-40s hoping my business will support me in my retirement.

My two-bedroom house in Walthamstow which cost £395,000. I bought it as an investment with my business partner. I have been here two years and I am sure it has gone up in value since then. We renovated it because it was falling down. 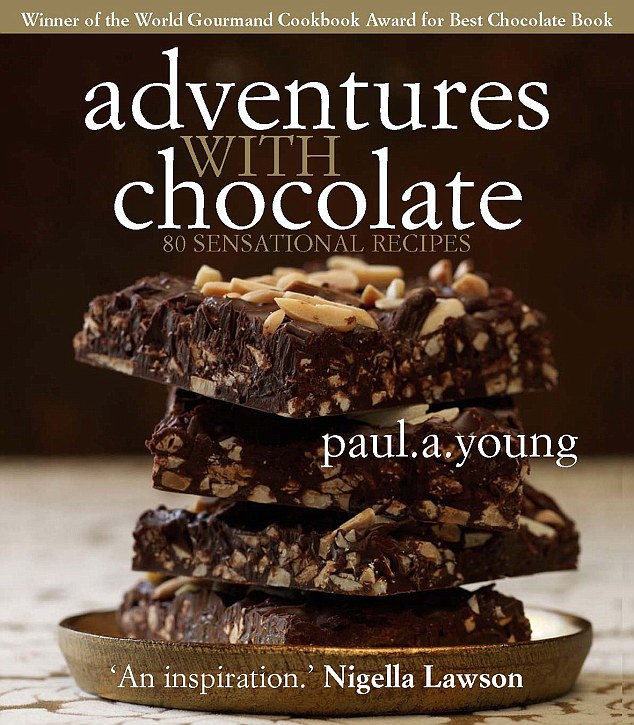 I try to pay the full balance but if I do not manage I move it to a zero per cent balance transfer card and pay it off quickly. In my younger days I fell into the trap of not doing that and rapidly got into a hole.

How much cash do you carry?

Usually nothing. Contactless payments are so easy. I prefer to pay with a card for coffee or small items rather than having to carry loose change.

What little luxury do you like to treat yourself to?

I love shoes, especially designer footwear by Oliver Sweeney, Jeffrey West and Kappa. I own about 12 pairs in total. Each pair costs anything from £125 to £250. I feel great when I wear them and they last for years.

I keep them until the soles wear out.

If you were Chancellor of the Exchequer what is the first thing you would do?

Increase funding for support services for the elderly. I think we need to do much more to look after our ageing population. We need to make sure they are not lonely and that there are funds for nurses and carers.

I would also like to increase funding for underprivileged children who are not academic so they can pursue apprenticeships, skilled work and creative careers.

I was one of those kids. I was lucky I had family around me who encouraged my creativity – not every underprivileged child has that.

Do you think it important to give to charity?

Yes. I donate money to four charities and put time aside every week to help out. I wrote a chocolate recipe book for the Children’s Air Ambulance and donate all of my royalties and fee from that book to the charity.

I am also vice-president of the Sick Children’s Trust and my business’s charities are The Terrence Higgins Trust and Action Against Hunger. We do lots of fundraising events to help them.

To be comfortably off and able to pay my bills and treat my mum whenever I want.

My mother must have worried every single day when I was growing up trying to make her money stretch.