One of the perks of being a celebrity is receiving freebies from brands eager for you to promote their products – and it’s even better when you get paid to wear them for social media posts.

But some cheeky stars are cashing in even further by then selling on clothes they’ve been given for free on resale site Depop – a trendy selling app popular with teenagers, models and celebrities.

Reality stars such as Louise Thompson, Marnie Simpson and Georgia Toffolo have all been guilty of wearing outfits for sponsored Instagram posts, which they may have  been paid thousands for, and then flogging them online.

Celebrity stylist Lucas Armitage confirmed to Femail: ‘If a celeb is wearing something on a sponsored post then it has almost certainly been sent to them free of charge and they have received a payment for wearing the item.

‘In general a lot items celebs wear will have been sent for free from a PR, so to see a celeb selling them for profit is a little crass and, dare I say, cheap. 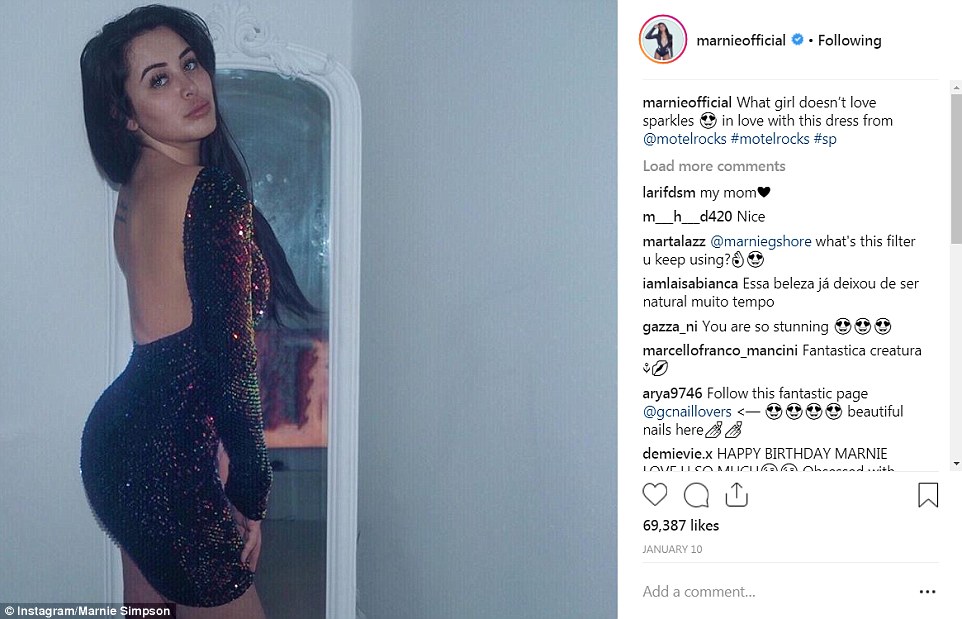 Former Geordie Shore star Marnie Simpson wore this Motel Rocks dress for a sponsored Instagram snap in January 2018, meaning she was paid for the post and was also given the sparkly number for free by the brand 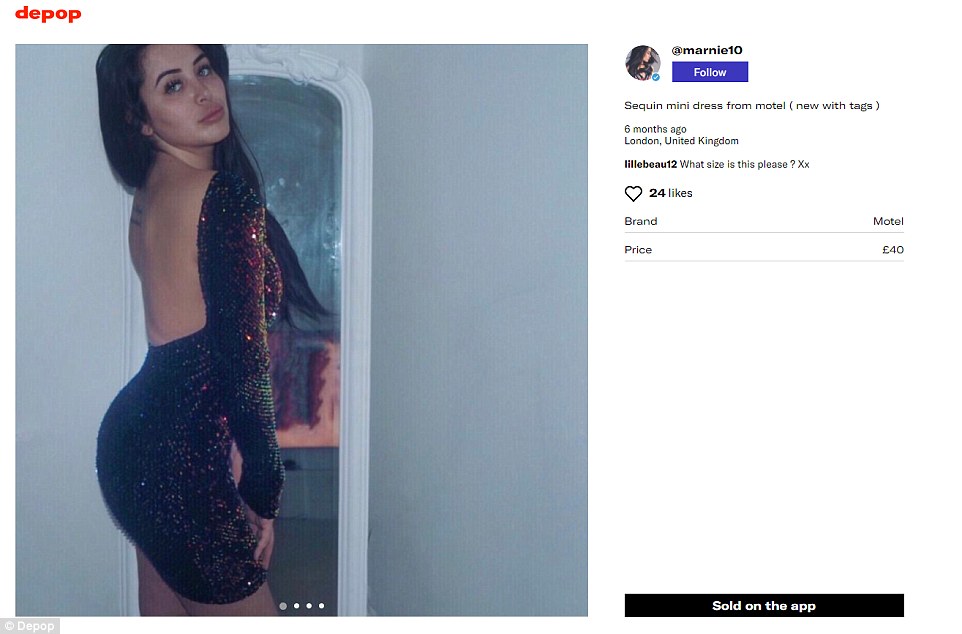 A few months later in March 2018, Marnie Simpson listed the dress for sale on Depop for £40 after wearing it to advertise Motel Rocks 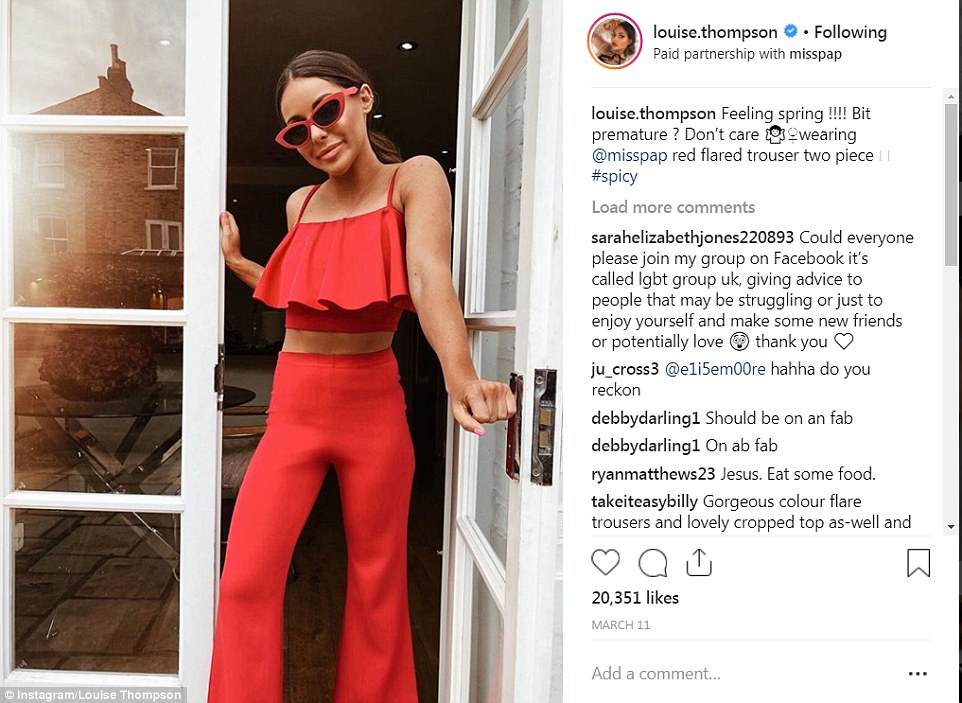 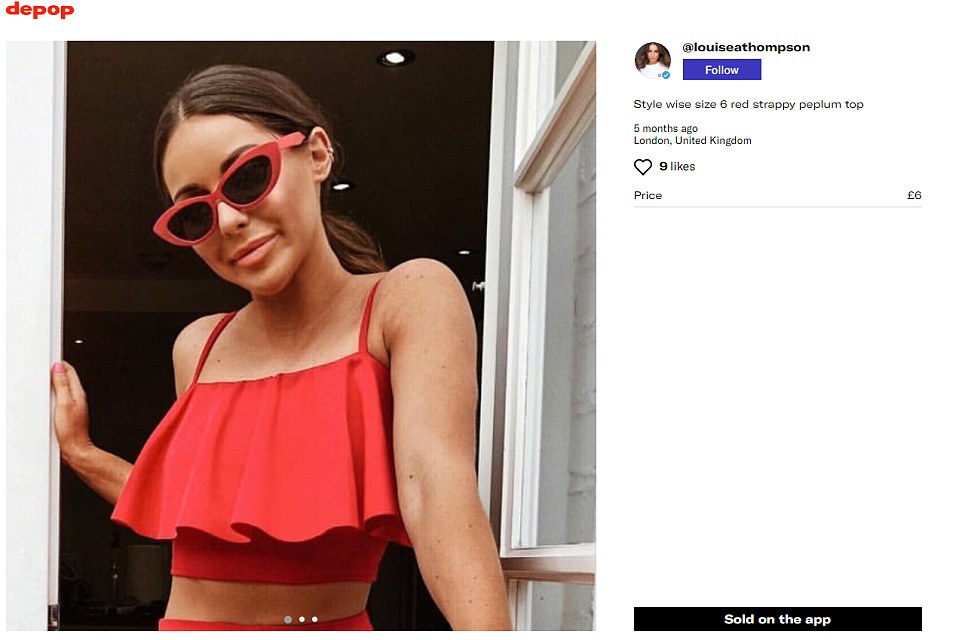 Stars with followings over a million can make around £6,000 for a sponsored Instagram post, while those with a following of several million are looking at £10 to £16K.

So it’s likely that anyone selling on clothing they’ve worn for a sponsored post has already been handsomely rewarded.

Former Geordie Shore star Marnie Simpson has more than 880 listings on Depop  and with an average price of £17, making her collection worth around £15,000.

But it seems that she didn’t have to pay a penny for many of the items she’s listed. 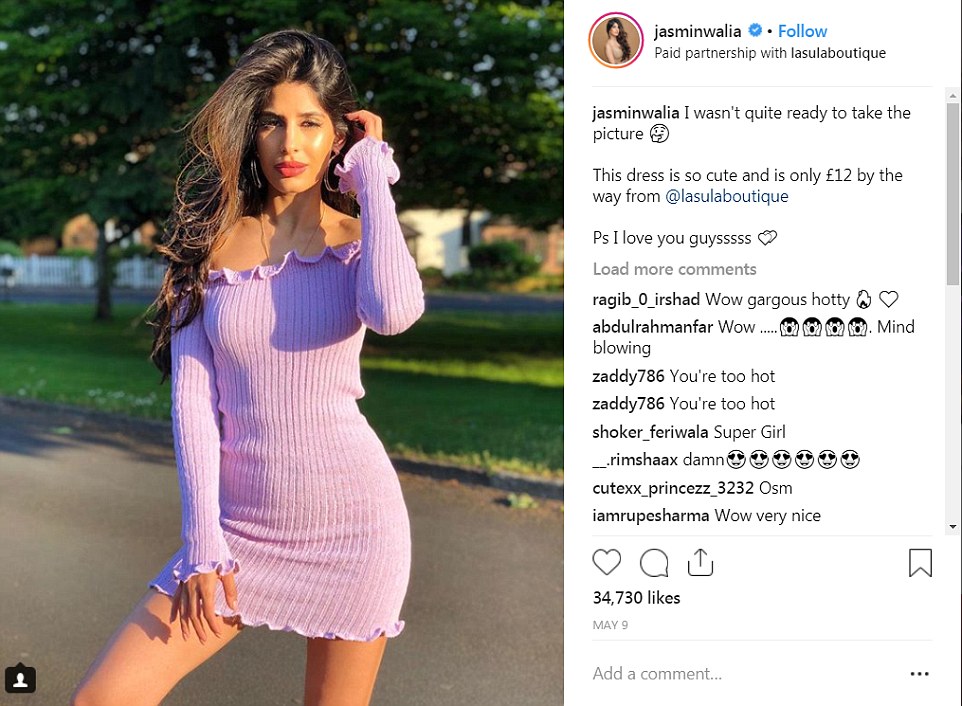 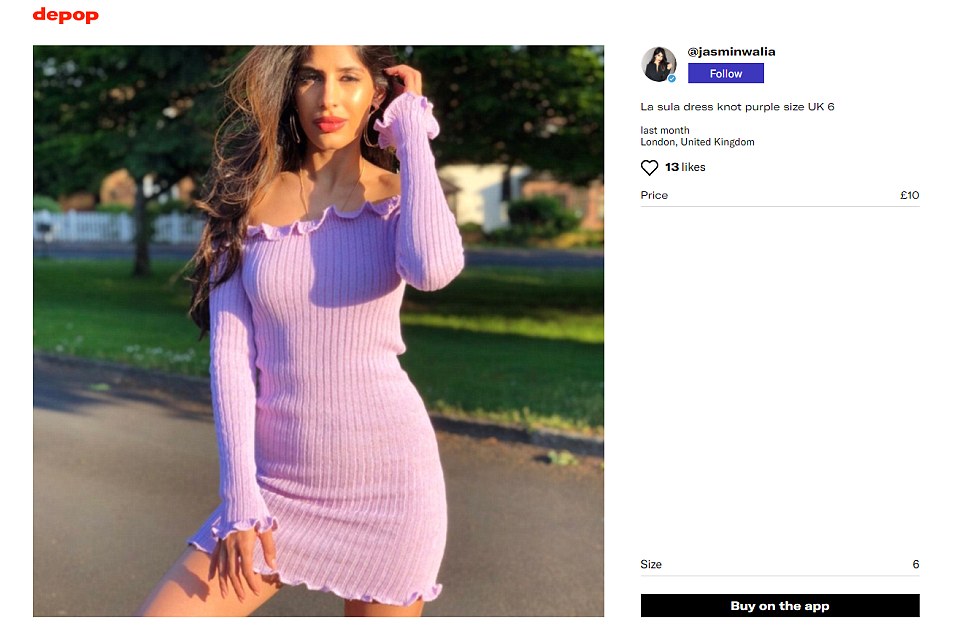 Jasmin later listed the same dress she’d promoted on Instagram, and was most likely gifted by the brand, for £10 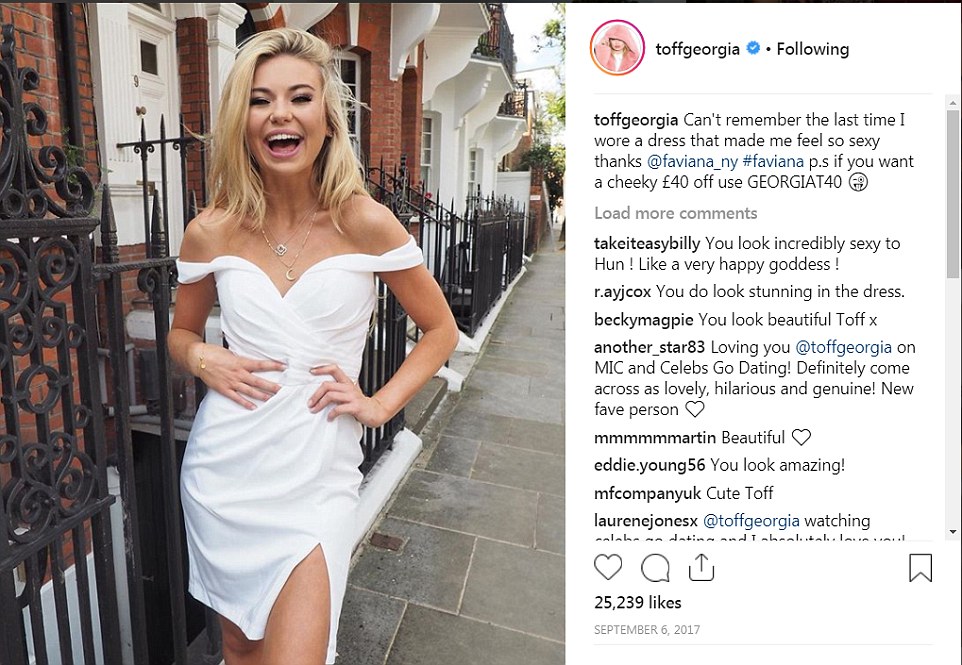 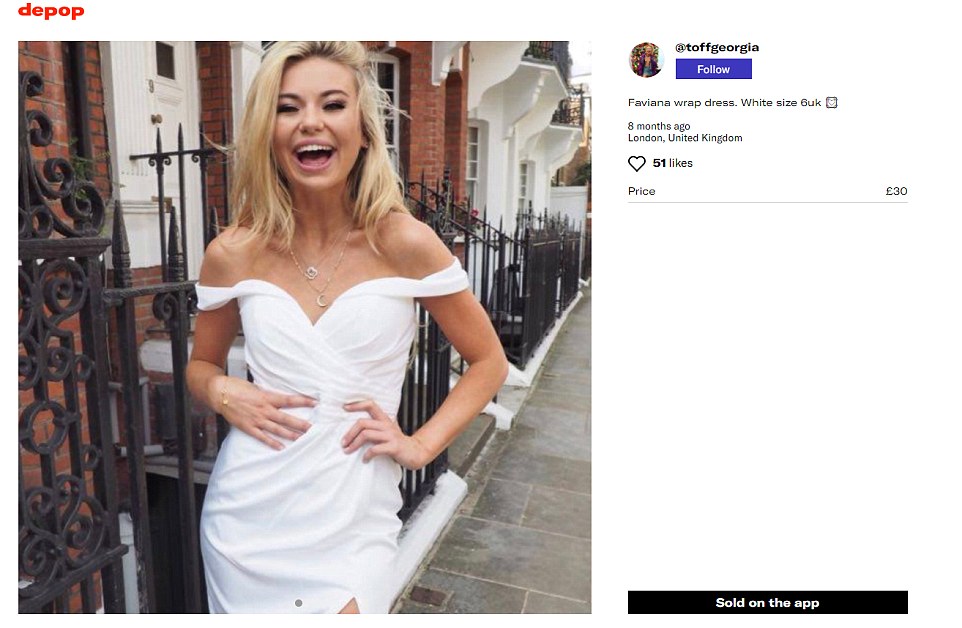 For instance, Marnie posed in a glittery dress by Motel Rocks for an Instagram snap in January 2018 clearly marking the post #sp to indicate it was an ad she’d been paid for.

A few months later in March she advertised the dress for sale on her Depop page for £40.

However, some celebrities do use their Depop pages as a way of supporting worthy causes. 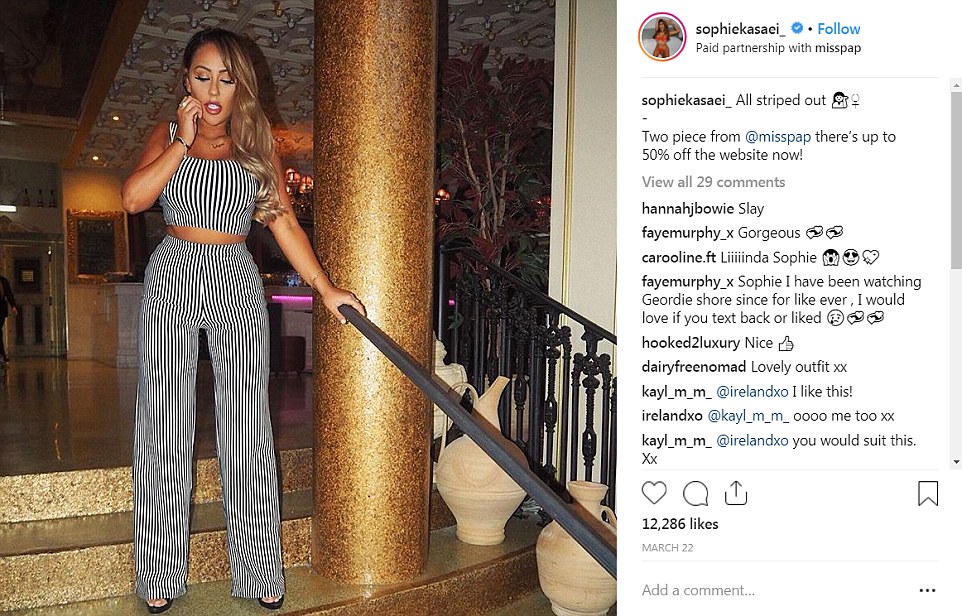 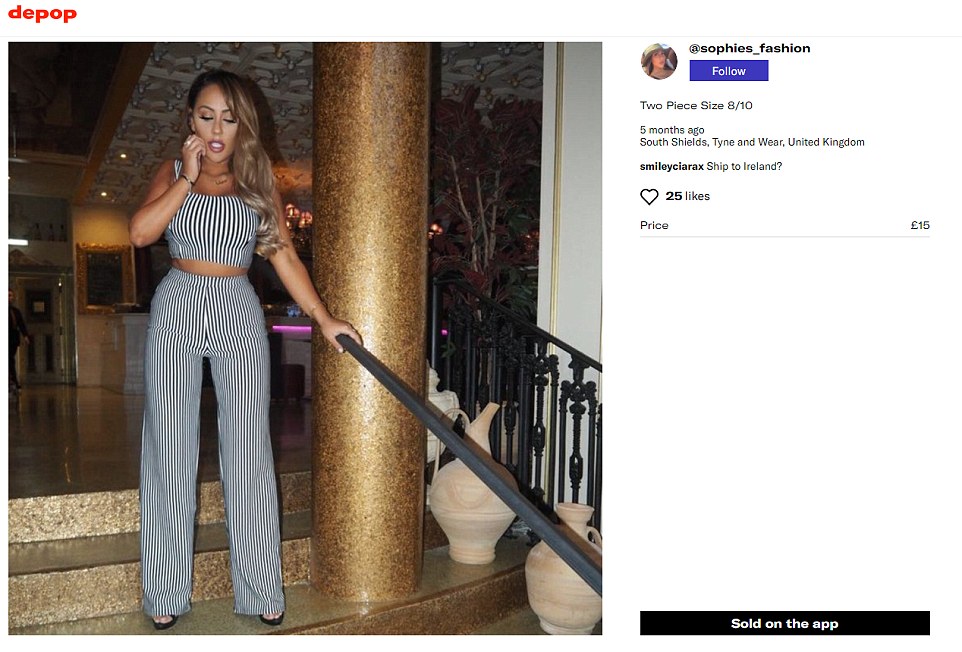 ‘I know a huge amount of celebs who sell clothing they have been sent and donate the money charity, which I feel is admirable,’ Lucas said.

He pointes out that Former Made In Chelsea star Tiffany Watson’s mother sells some of her daughter’s clothes on Depop, but donates the profits to an animal charity they support. 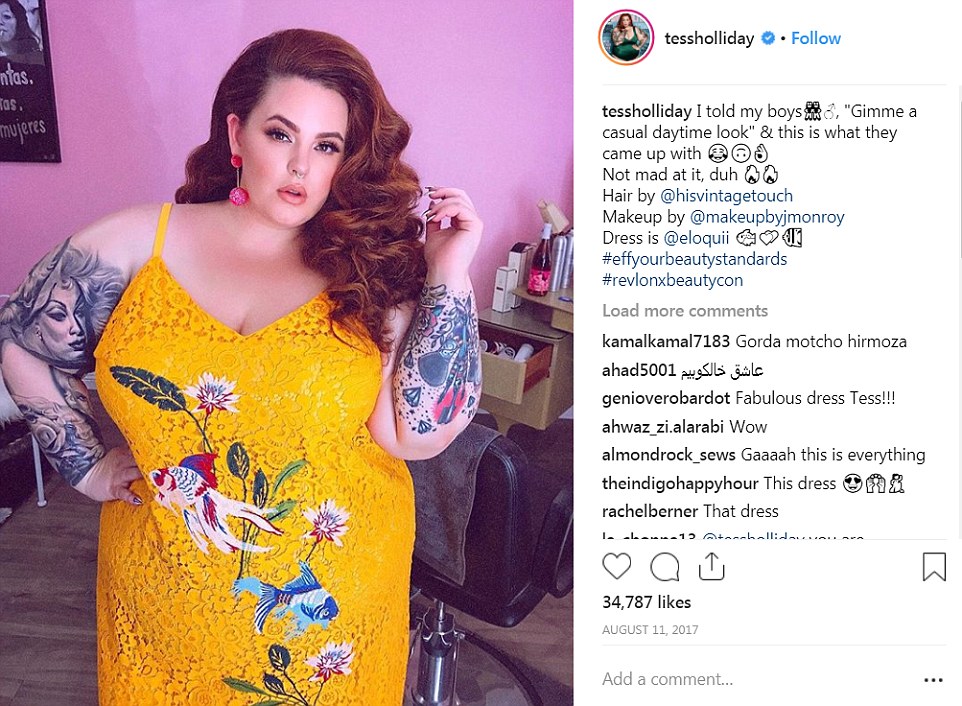 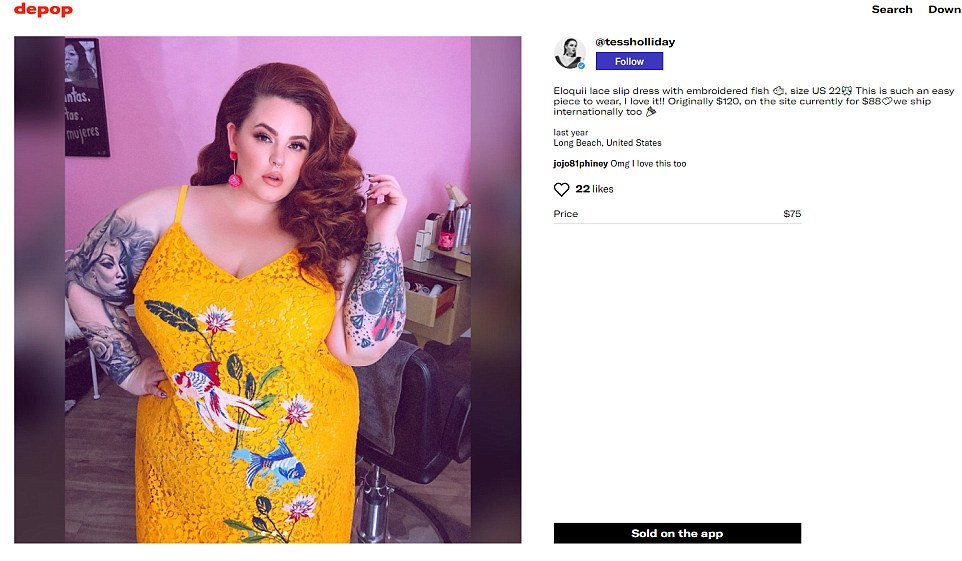