Dairy Crest, which also makes Davidstow cheese and Utterly Butterly, said it was making the leap as sales of Cathedral City grew 6 per cent in the year to March 31.

Dairy Crest will place 14.1m shares on the market, worth around £70million, to fund an £85million expansion of its factory in Cornwall, boosting production from 54,000 tons a year to 77,000 tons. 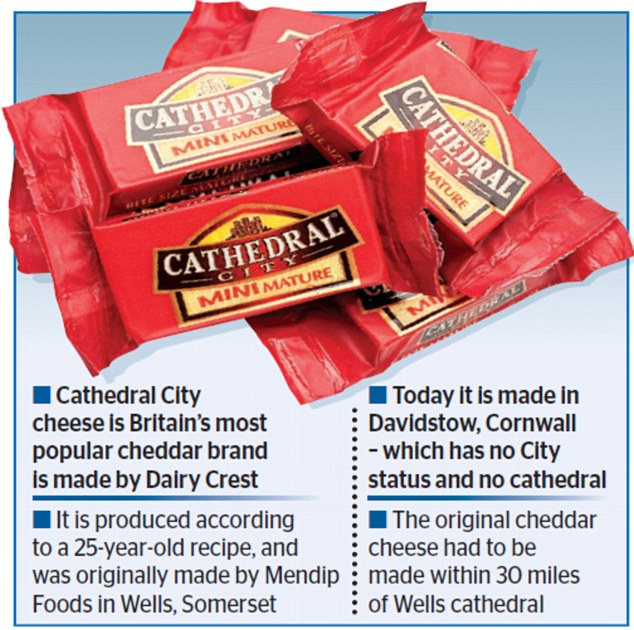 Demand for British cheese in China grew by 20 per cent last year.

Chief executive Mark Allen said: ‘Cheese is the fastest area of growth for dairy in China.’

Cheese on toast is not popular in China yet but Dairy Crest hopes to help develop a taste for it there.

‘We have done some taste testing and Chinese consumers prefer the milder cheese,’ Allen said.