Chinese invest millions in wine… then drink it!

Chinese invest millions in bottles of Bordeaux… then drink them: Experts predict a good year for fine wine investment

It looks like a good year for fine wine investment as more Chinese drinkers pour their cash into pricey bottles of rare Bordeaux.

Asian customers are buying up cases of wine and drinking it rather than selling it on like British and European collectors, according to the live trading platform BI Fine Wine.

Almost half its sales came from customers in Asia last year, most of them in China, Hong Kong, Indonesia and Singapore. 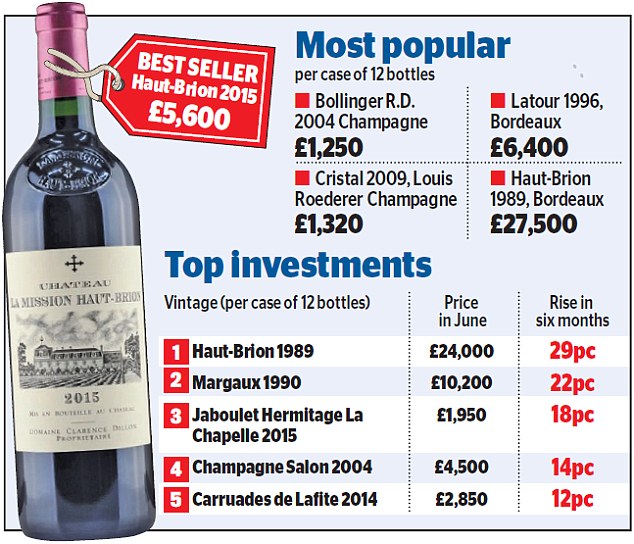 Head of marketing Giles Cooper said: ‘The Asia market is what drives consumption.

‘Those customers are collectors, but it’s rare that the wine we send to Singapore or Hong Kong will be traded back to us.

‘It’s going there to go into people’s collections to be consumed.’

Turnover at BI, which is part owned by City grandee Michael Spencer, jumped 6.1 per cent to £51million in the six months to June 30 as Asian customers made up 40 per cent of turnover.

European and British customers account for the bulk of customers at 50 per cent, while 10 per cent were from America and the rest of the world.