CITY DIARY: Abramovich puts his £1bn redevelopment of Chelsea football stadium on hold to the delight of local residents

Gormless-looking Russian oligarch Roman Abramovich’s decision to put his £1billion redevelopment of Chelsea football stadium on hold following his visa complications delights Fulham residents, many of whom complained about the impact the ground’s expansion would have on their properties. Particularly those trenchant objectors who’d already extracted generous compensation cheques from the club. Some, I am told, secured seven figure sums. 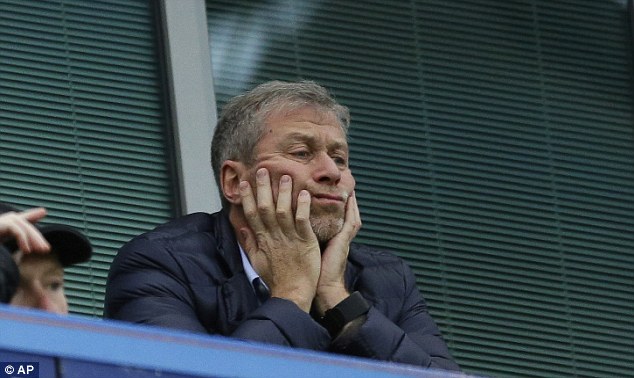 First Direct’s barely-out-of-short trousers chief Joe Gordon defended his bank’s failure to pass interest rate rises on to its savers, telling Radio 4: ‘When you speak to consumers they value experiences and services just as much as products and prices.’ Do they really? Sounds suspiciously like jargon Gordon, 34, learned at management school. He started his career as a trainee at Sainsbury’s where, according to his online biography, ‘his first role was on the grocery section stacking the carrots’.

City law firms are now paying as much as £60,000 to trainees. That’s graduates who aren’t even qualified to practise law yet. Might such outrageous rewards be in any way responsible for declining behavioural standards in the legal industry? Regulators say the backlog of sexual harassment complaints is now so vast they estimate it will take three years to clear.

Staff at Boots’ Oxford Street store were forced into action this week when cheeky representatives from Poundland arrived and began handing around samples of its new Number 6 beauty products, a clear rip-off off Boots’ own Number 7 range. Security guards quietly escorted the Poundland reps from the premises. Considering their insolence, would anyone have taken exception to them being given a good tasering?

Admiral’s half-year results revealed record profits yesterday. Meanwhile, in an announcement to the London Stock Exchange, the insurer’s excitable chief executive David Stevens, 56, remarks: ‘Zut alors! Nos opérations européennes sont rentables! Or probably more accurately, given that over half of our European customers are Italian – le nostre compagnie Europee sono in profitto!’ Oh dear. Is there a grown-up in charge?