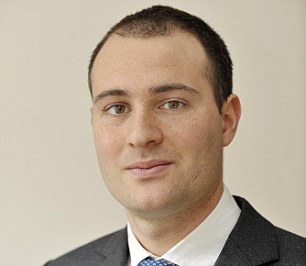 Financier Ben Goldsmith is delighted his former brother-in-law Imran Khan has been elected Pakistan’s new president, though his victory is bittersweet.

In 2004, cheery Ben, 37, placed a bet with Mayfair bookmaker Fitzdares’ founder Balthazar Fabricius that the ex-Pakistan cricket captain would eventually be president.

Says a relieved Fabricius, 39: ‘It showed amazing foresight by Ben but sadly, it took too long to come to fruition.’

The head of Royal Mail’s remuneration committee, Orna Ni-Chionna, admits to a failure of communication in justifying Zurich-based boss Rico Black’s £5.8million deal, which was voted down by shareholders last week.

Who’s to blame for the communications breakdown? Surely not Shane O’Riordan, grandly titled Head of Strategy and Comms.

He was previously spokesman for HBOS where his insistence all was hunky-dory as the bank sunk under the strain of toxic debt recalled Saddam Hussein’s hapless PR man, ‘Comical’ Ali.

Re Ms Ni-Chionna, 62, it’s pointed out that on top of her £85,000 role at Royal Mail, she also holds well-remunerated directorships with Burberry and Saga.

News that shopping centre landlord Intu has plunged into the red reflects poorly on Hammerson boss David Atkins, who only months ago was keen on a takeover until shareholders convinced him otherwise.

He recently rejected a £5billion bid from French rivals Klepierre which many of them thought was well worth a closer look.

How long before he’s joining Intu’s chief David Fischel, 60, on the golf links?

At the firm’s AGM yesterday every resolution put to shareholders, including the re-election of former energy minister, comrade Greg Barker, 52, was passed, in true Soviet tradition, with 100 per cent of the vote.