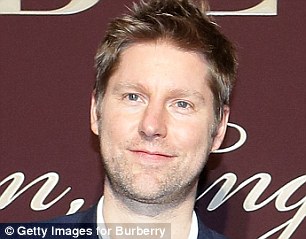 The (then struggling) Financial Times publisher bought her a painting by the British artist Ivon Hitchens worth £100,000, despite paying her over £6million in her final year.

Why do the shareholders put up with such egregious profligacy? Surely a plain gold watch would suffice.

The BBC disc jockey, 52, has reason to be grateful to old Beardie. The Virgin tycoon agreed to sell him Virgin Radio in 1997 for £85million, which Evans later sold on to Scottish Media for £225million.

The ginger rascal was then dismissed following an 18-hour drinking spree culminating at one of Peter Stringfellow’s table dancing emporiums.

A standard Tuesday around most brokerage houses, surely?

The annual Bilderberg Conference, a secretive – and to some, sinister – gathering of business bigwigs and politicians, kicks off in Turin today.

Bank of England governor Mark Carney has decided to pop along.

As have George Osborne and Amber Rudd, both out of the political swim nowadays of course, but no doubt keen to hear about new geopolitical ideas as much as possible job openings.

His initials were MTP, so was harshly known around school as the Mutant Totalitarian Pig.’

Depressing news from the geeky analysts at Commerzbank and UBS. After much data crunching, both conclude Germany will most likely win this summer’s World Cup.

They have an 18 per cent probability of winning, apparently. England? No hopers at 6.2 per cent, I’m afraid.