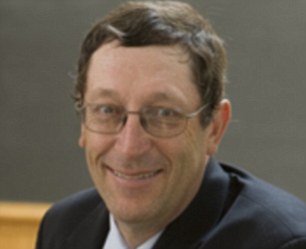 Asked by a journalist how he and Blanchflower differed economically, Governor Mark Carney replied archly: ‘Where to start?’

Departing next June, I wonder if hitherto polite Carney has now decided to cast off the restrictive shackles of diplomacy.

Crisis-hit Countrywide’s 63 per centdrop in shares following an emergency cash call is yet another headache for the estate agent’s chairman Peter Long.

Only recently Long, 66, has had to deal with a humiliating shareholder rebellion over Zurich-based Rico Back’s daft £2.7million pay at Royal Mail, where he is also chair.

With accusations he’s ‘overboarded’ (hoards too many jobs), it’s turning into a long, hot summer for rough diamond Pedro.

Appropriately, like Potter creator JK Rowling, I’m told Scilla, 44, is blonde, presentable and not short of a feisty opinion or two.

His thinning mud-brown scruff of hair has been shaved rigorously clean, and his biceps have grown bulgy.

His tailoring has narrowed, and he has acquired an entire wardrobe of bomber jackets.’ One closet clanger remains, however. Bezos, 54, retains a strange weakness for pointy-toed cowboy boots.

Headline from a 1996 edition of US publication Business Week: ‘Fall of an American Icon: Apple Computer, once the hip flag bearer of American tech, is in sad decline.’

Fast forward to 2018 and Apple is worth $1trillion, while Business Week is available only online, rescued from oblivion in 2009 by billionaire Michael Bloomberg.