Kitting out the famous secret agent is a costly business. Around 30 suits are required for each action sequence, which in Huntsman’s case would cost around £150,000.

Meanwhile, Belgian-born Pierre is unimpressed with Bond’s current threads, which are created by Texan designer Tom Ford. ‘Too skinny and too tight,’ he scoffs. 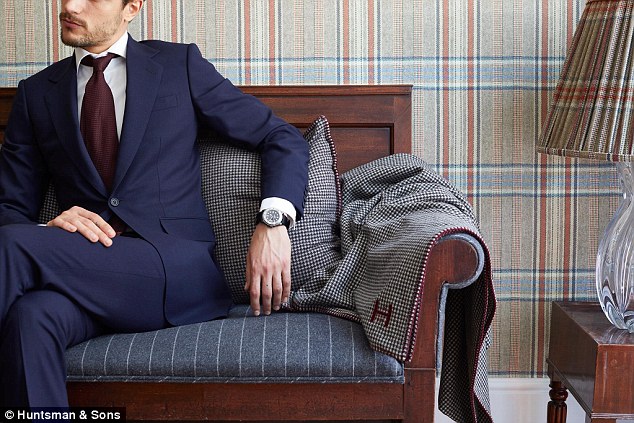 News that the Bank of England and the Treasury are at loggerheads over Brexit isn’t totally surprising. Governor Mark Carney and Chancellor Philip Hammond rarely speak to one another, a reliable Threadneedle Street source informs me, though perhaps that’s more encouraging than some suggest. The Bank is supposed to be unscrupulously independent, after all. Relations between the governor and Hammond’s predecessor George Osborne, to whom Carney owed his £880,000 a year job, were discomfortingly cosy.

New boy Dixons Carphone chief Alex Baldock’s ungainly trashing of his portly predecessor Seb James, after being forced to issue a profit warning yesterday just eight weeks into his £2million-a-year job, is awkward for his chairman, ex-trade minister Lord Livingston. When James, 52, announced he was off to Boots in January, wee, Scots-born Livingston, 53, hosed him in treacle, remarking: ‘Dixons Carphone is a much stronger company today since he arrived.’

Female attendees of next month’s Cannes Lion advertising festival on the sunny Cote d’Azur are encouraged to dress all in black as a statement against sexual misconduct within the industry. One high-heeled ad exec groans: ‘Haven’t we suffered enough without now having to endure heatstroke?’

Amstrad mogul and East End boy done good Lord Sugar explains how he acquired his £1.3billion fortune: ‘I bought car aerials for £1, sold them for £1.20. Went on and bought more, sold them… Then my uncle died and left me £500million.’ Boom, boom! For further hilarity, his Lordship’s currently available for after-dinner speaking at £25,000 a pop.