City tycoon Oliver Hemsley, the self-made son of a pig farmer, is closing in on a £20 million deal to take charge of the challenger stock exchange NEX. 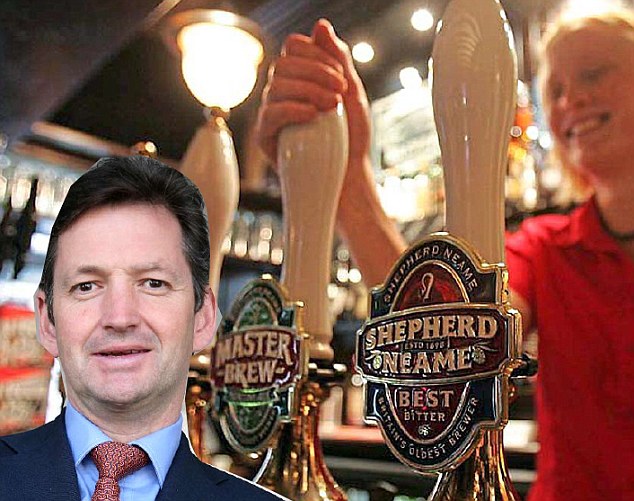 Hemsley hopes to turn it into a genuine rival to the larger Alternative Investment Market, a part of the London Stock Exchange better known as Aim. Hemsley, who grew up on a farm in Rutland, turned Numis from a small insurance broker into a stockbroker worth more than £400 million.

Supporters hope he can replicate the success at NEX, which is home to shares in companies such as Arsenal Football Club and several brewers, including Shepherd Neame and Adnams. The Mail on Sunday understands he is awaiting approval from the Financial Conduct Authority for the deal, which is expected to complete shortly.

City sources said Hemsley, together with several stockbrokers and fund managers, is putting up around £10 million for a 50 per cent stake, valuing the exchange at around £20 million.

Spencer’s NEX Group bought the exchange in 2012, but it has struggled to compete with Aim, where it has been easier to raise larger sums of money and which has a higher profile. Spencer’s main business, NEX Group, is currently being acquired by US exchanges giant CME Group for £3.9 billion. He faced a shareholder revolt last week over pay, including his £18.5 million bonus, which will be handed to him early as a result of the takeover.

In March, Hemsley incorporated a company called Capital Growth Exchange Limited, which is thought to be the vehicle being used to raise funds.