Claire’s is on the verge of becoming the latest high street casualty as it teeters on the brink of bankruptcy.

According to reports, the US-based chain that primarily sells accessories for teenagers is looking to secure a deal that would see ownership passed from Apollo Global Management to lenders. These include Elliott Capital Management, one of Wall Street’s most ruthless hedge fund managers.

The retailer has 4,220 shops and concessions across 45 countries, with 378 stores and 123 concessions in the UK. 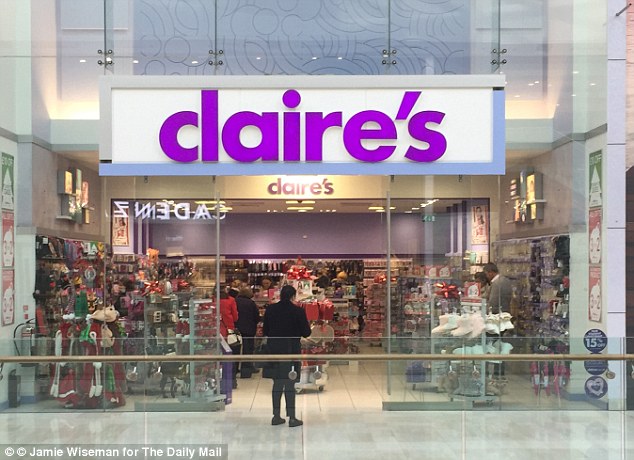 Teetering: Claire’s is on the verge of becoming the latest High Street casualty as it teeters on the brink of bankruptcy

It is not known whether British stores will be affected.

Claire’s was founded in 1961 in Chicago, Illinois, and sells accessories such as beaded bracelets and unicorn earrings.

The low-cost accessories store has long been the favourite destination for girls to get their ears pierced – it gets through an average of 3million ears a year.

The news comes as a complete shutdown of Toys R Us’s operations in the US looks increasingly likely.

The toy retailer has failed to find a buyer and is understood to be preparing for liquidation.

Shares in some of the world’s biggest toy makers tumbled on the news, with Barbie maker Mattel declining more than 6 per cent and Trivial Pursuit maker Hasbro dropping up to 3 per cent.

Last week Toys R Us in the UK fell into administration, putting 3,000 jobs at risk.

Britain’s biggest speciality toy retailer failed to find a buyer after disappointing Christmas sales, forcing it to announce a wind-down of the business.

This week, John Lewis announced it was reducing its staff bonuses as annual profits tumbled by 77 per cent.