Clarkson posted falling profits in the first six months of the year as it reiterated the impact of a ‘challenging environment’ in the shipping and offshore markets on business.

However, the shipping services giant, which issued a profit warning in April, said trading had improved in the second quarter and left full-year expectations unchanged. 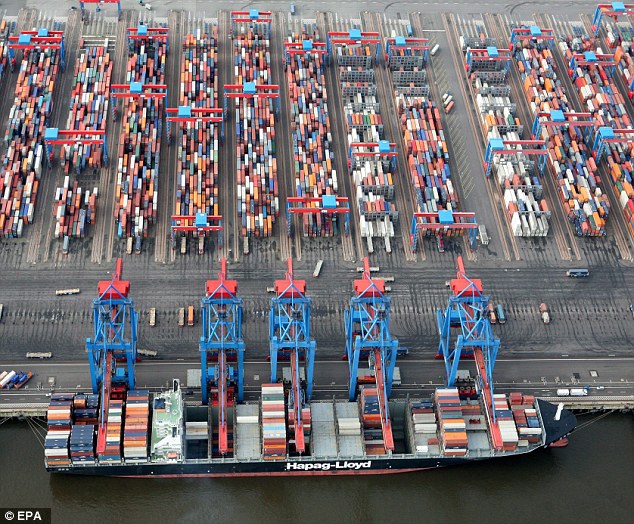 ‘Challenging environment’: But Clarkson said trading had improved in the second quarter

Despite falling profits, investors reacted positively to the results, with shares in the FTSE 250-listed company rising 9.6 per cent to 2,835p in morning trading.

Chief executive Andi Case said in a statement: ‘The first quarter of 2018 presented a challenging trading environment across the shipping and offshore capital markets, including a quiet period in sale and purchase, and accentuated by a fall in the value of the US dollar.

‘Conditions in some markets did, however, improve in the second quarter when the breadth and diversity of our business again provided opportunity irrespective of volatility in the market.

‘We should benefit in the second half of the year from these recent improvements and remain confident in the mid to long-term potential for the group.’

The figures come after Clarkson issued a profit warning in April, saying that earnings for both the first half and the full year were likely to be ‘materially below those of last year’.

It said it had suffered from choppy conditions in shipping and offshore capital markets as well as lower freight rates within the tanker market and a fall in the US dollar.

Michael Hewson at CMC Markets UK said: ‘The shipping industry is usually seen as a decent bellwether of global growth so today’s trading update from shipping giant Clarkson isn’t likely to make for encouraging reading, with profits and revenues lower.’

However, he noted that markets have reacted positively after management left their full guidance unchanged.

Broker Liberum upgraded its recommendation to buy from hold following the update, saying that confidence in the short-term outlook has improved.

‘We remain confident in the longer-term potential to benefit from an eventual structural rebound in shipping markets,’ Liberum said in a note.