The Co-operative Bank has narrowed its losses by £336.8million in the last year, thanks to a cost-cutting drive.

Adjusted pre-tax losses came in at £140.3million in the year to 31 December, against a loss of £477.1million a year earlier.

Over the last year, the Co-op Bank reduced its staff costs by £35.1million, while saving an additional £20.6million in ‘non-staff costs.’ 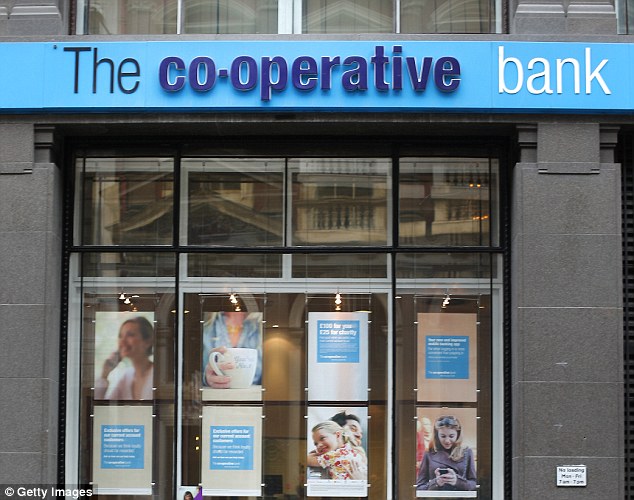 Losses: The Co-operative Bank has narrowed its losses by £336.8million in the last year

The bank, which claims to place ‘values and ethics’ at the heart of its business, saw its annual income fall by £77.2million to £317.6million on a net interest basis.

Today’s results are the first full set to be released since the bank completed a £700million deal that saved it from a potential collapse last year.

The refinancing and restructuring package, agreed to by the Co-op Bank’s hedge fund investors last summer, saw the bank effectively sever its historic relationship with the Co-operative Group and separate itself from the wider mutual’s pension scheme.

The Co-op Bank closed 10 branches last year and plans to shut the doors to 27 of its other sites across England and Wales by June. The closures will bring the firm’s branch numbers down to 68.

Among the 27 branches being shut down by June are those in Swansea, Hull, Swindon, Reading, Watford, Wigan and Coventry.

In a previous announcement made about the forthcoming 27 branch closures online, the bank said: ‘We apologise for any inconvenience caused.

‘We’d like to reassure you that your account will not be affected by these changes, and would like to remind you of the alternative ways that you can manage your money safely and securely.

The group said it saw a ‘reduction’ in branch and telephone transactions last year, adding that it was cutting branches to ‘reflect the changing way that customers are choosing to bank with us.’

Last week, the Financial Conduct Authority banned former Co-op Bank’s boss Paul Flowers from working in the financial services sector, claiming he lacked the ‘fitness and propriety’ to work in the industry.

Mr Flowers, who was chairman of the bank between 2010 and 2013, oversaw its near collapse after revealing a £1.5billion black hole in its accounts. He was forced to step down from the helm amid allegations he purchased and used illegal drugs and claimed inappropriate expenses. 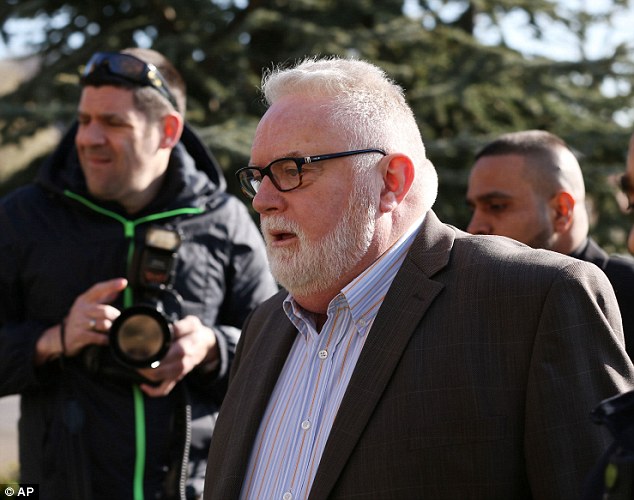 Commenting on the bank’s results published today, Liam Coleman, its chief executive, said: ‘As is the case with other Retail banks, we are operating in a difficult marketplace and we expect increasing competition in the mortgage market, which will put pressure on our NIM.’

He added: ‘As we look to the future, our key objective will be to achieve a sustainable, profitable bank that provides an ethical banking proposition for our customers.

‘Whilst there are many challenges to delivering this given the legacy issues we have faced, and the difficult market conditions in which we operate, I am confident that we can build further on the progress we have made in 2017 and I look forward to continuing to create a successful Co-operative Bank.’

In February last year, the Co-op Bank put itself up for sale and was inviting companies to buy all of its shares. Virgin Money was reported to have walked away from a potential deal to buy the bank in May. The Co-op Bank eventually ditched its plans to find a buyer.