Engineer boldly goes where no man has been before: Cobham hired to make parts for Nasa’s Orion mission

Cobham is making parts for Nasa’s Orion mission which plans to help humans boldly go where they have never gone before.

The Dorset-based space and satellite manufacturer has been hired by Lockheed Martin for its deep space project which even hopes to put humans on Mars.

Cobham will supply parts such as oxygen service valves to help astronauts breathe and pyrotechnic valves to help with pressure inside the spacecraft. 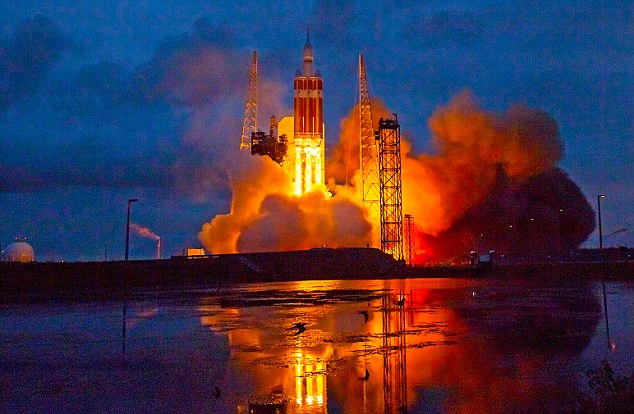 Blast off: Cobham has been hired by Lockheed Martin for its deep space project which even hopes to put humans on Mars

Boss David Lockwood said he could not disclose the value of the contracts but said: ‘Every Nasa astronaut who has ever flown has breathed through Cobham equipment.

If as we expect there is growth in manned space flight, it secures our position for the whole next generation,’ he said.

‘It’s an unsung part of Cobham all the stuff we do in breathing and life support systems – and from space down to fast jets and so on.

‘We are going to make more of it later in the year.’