The price of coffee has hit its lowest level in decades as an oversupply of beans floods the world market.

A recent good harvest means that the price for a pound of coffee is under a dollar, which is three times cheaper than it was in 2011.

But unfortunately for caffeine addicts, that doesn’t mean the price of a latte will go down any time soon. 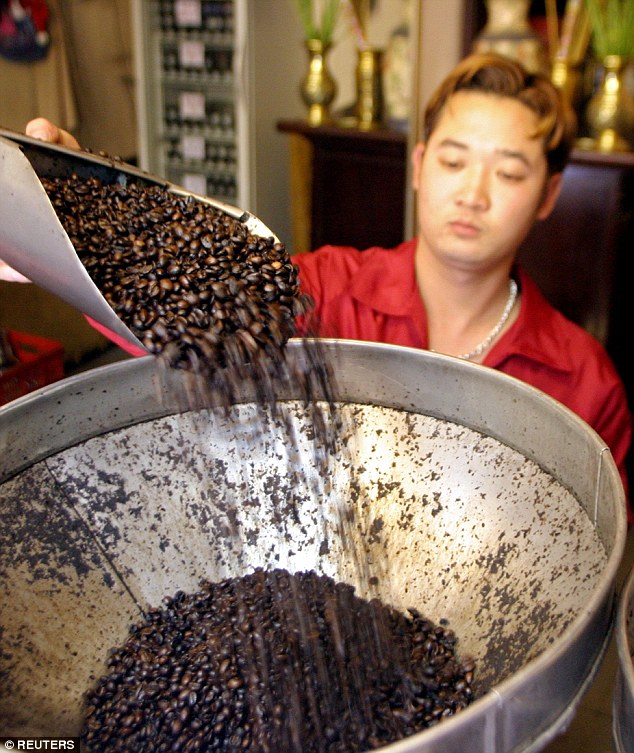 Falling: The price for a pound of coffee is under a dollar -three times cheaper than it was in 2011

Simon Bower, head of wholesaler Pollards, said: ‘At the same time, the pound has weakened. So the cost of coffee delivered in the UK is about the same as it was two or three years ago.’

Bower explained that the price of the actual cup of coffee you buy was ‘miniscule’.

‘There are all sorts of other things that go into the pricing that aren’t coffee,’ he said.

He warned that the recent good harvest also meant that ‘getting good coffee next year at the right price is going to be a challenge’.