A cold snap next week could leave the country at the mercy of Russian gas suppliers, experts have warned.

Plunging temperatures on Sunday and Monday are likely to send demand for gas soaring across the UK and Europe to heat and light homes.

A report from the analysts S&P Platts warns that relying on Russia may be the only option for European nations if they suddenly need more as other suppliers are already running at or near capacity.

Gas reserves across the continent are at record lows after cold spells and the closure of British storage facilities. 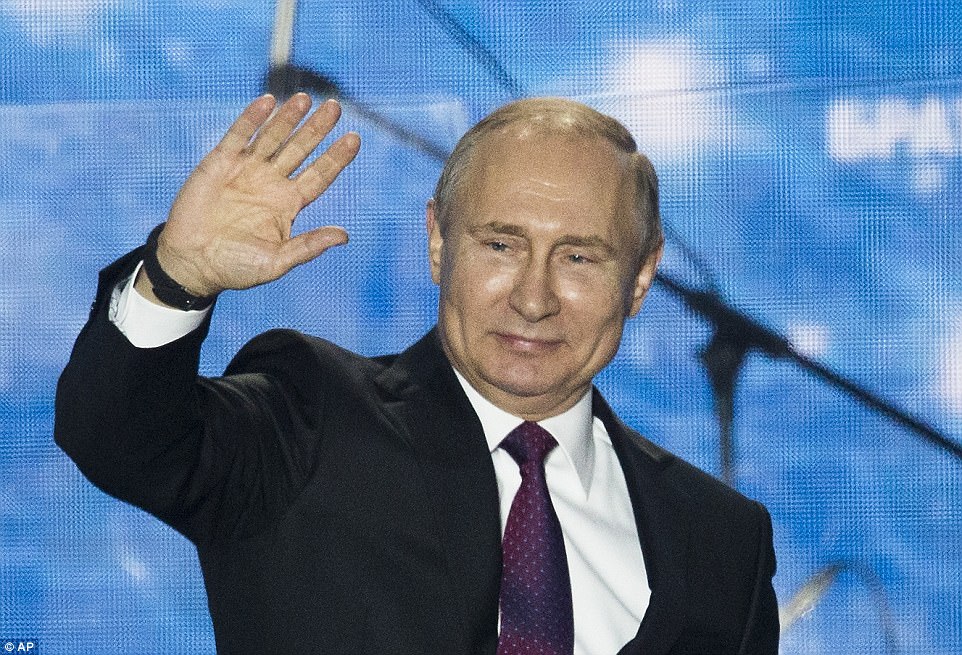 But the report said: ‘Gas demand is set to rise again from the end of the week across north-western Europe, bringing potential large-scale gas withdrawals back into play and prompting a likely increase in nominations for Russian gas imports.

‘Given the surge in demand, Russian gas supplies are considered the only swing source of gas under current conditions. Domestic production and other import sources are effectively maxed out.’

Campaigners fear the growing reliance on imports leaves the UK vulnerable at a time of heightened political tension with Russia in the wake of the row over the poisoning of former double agent Sergei Skripal and his daughter in Salisbury.

Official figures suggest only a small proportion of Britain’s gas comes from Russia directly. But many major pipelines across Europe start in Russia. This allows state-backed giants such as Gazprom effective control of European gas supplies. 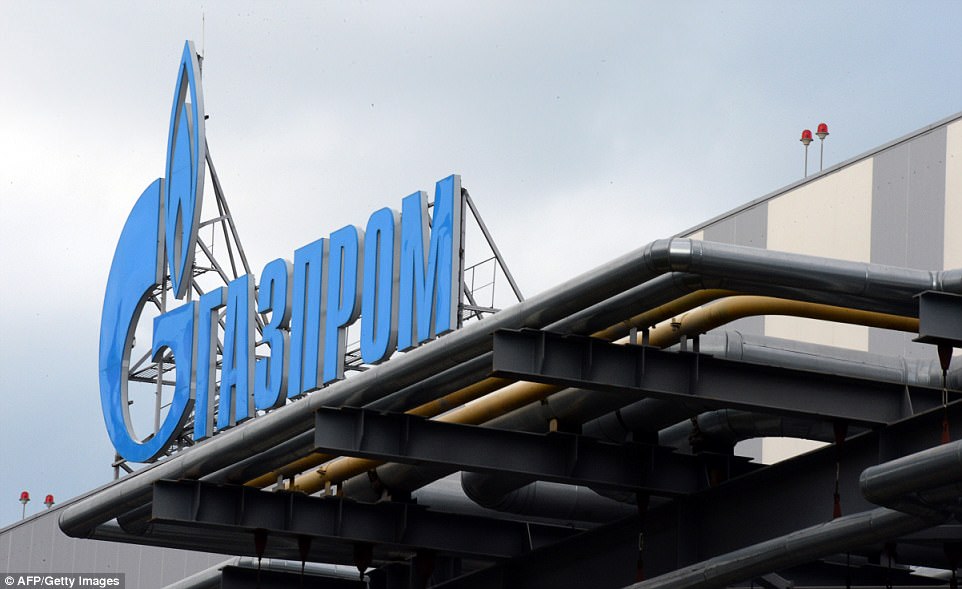 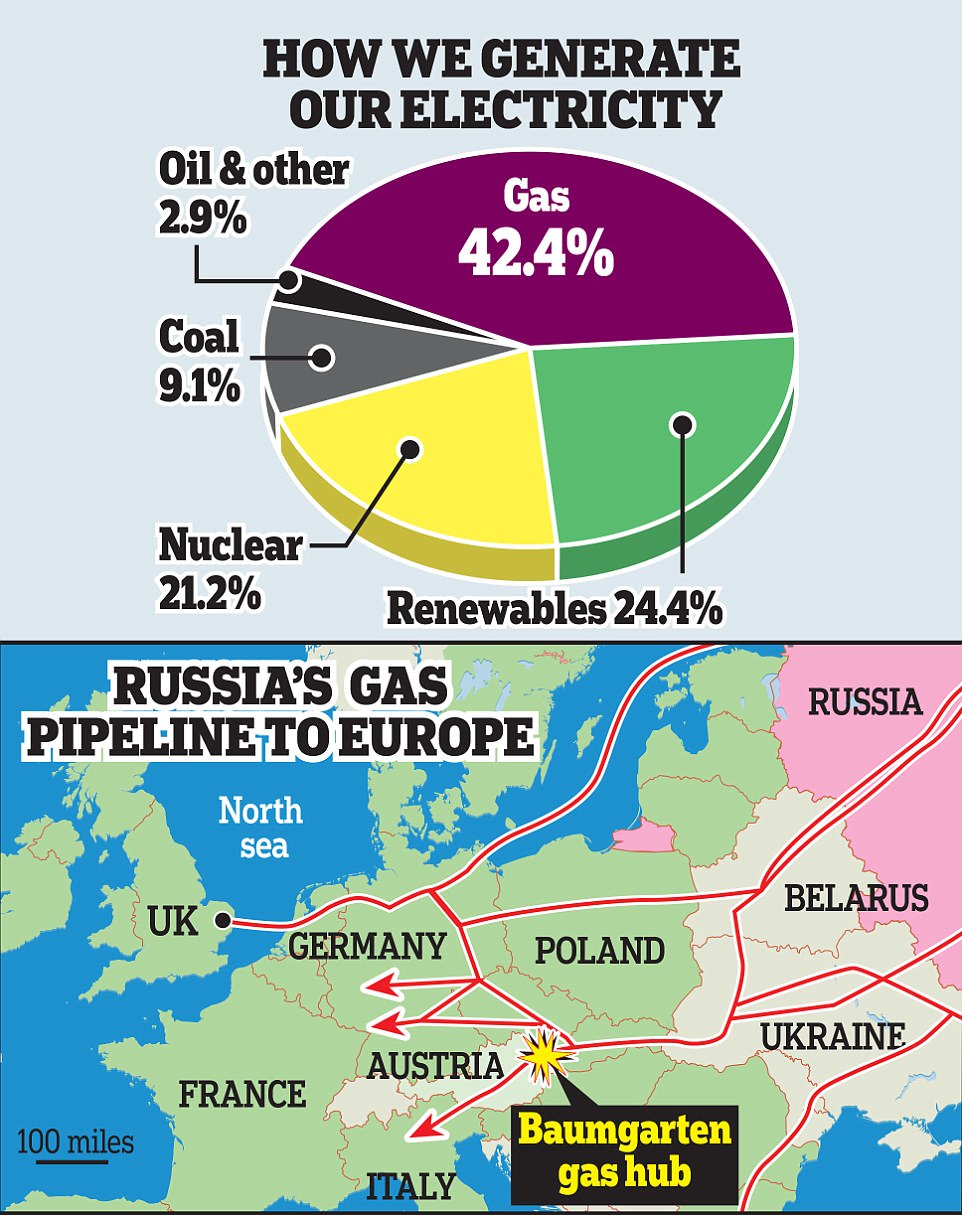 Experts say the UK would struggle to balance its own supplies if there were not enough available on the continent. And they warn that the only nation capable of increasing supplies in times of high demand is Russia.

Britain also bought a shipment of liquefied natural gas from Russia to cope with demand during the Beast from the East weather front at the end of February.

Tory MP Stephen Crabb said: ‘We know Russia deliberately uses its energy resources to create relationships of dependency across Europe and I don’t think we should be putting ourselves in that position. There are lots of options.’

The Prime Minister told the Commons yesterday Britain is looking to other countries to supply gas as it ramps up measures against Russia in response to the Skripal affair.

The UK has become far more reliant on imports in recent years due to the dwindling supply of gas from the North Sea and the closure last year of the Rough storage facility, which at its peak accounted for 70 per cent of the UK’s gas storage. 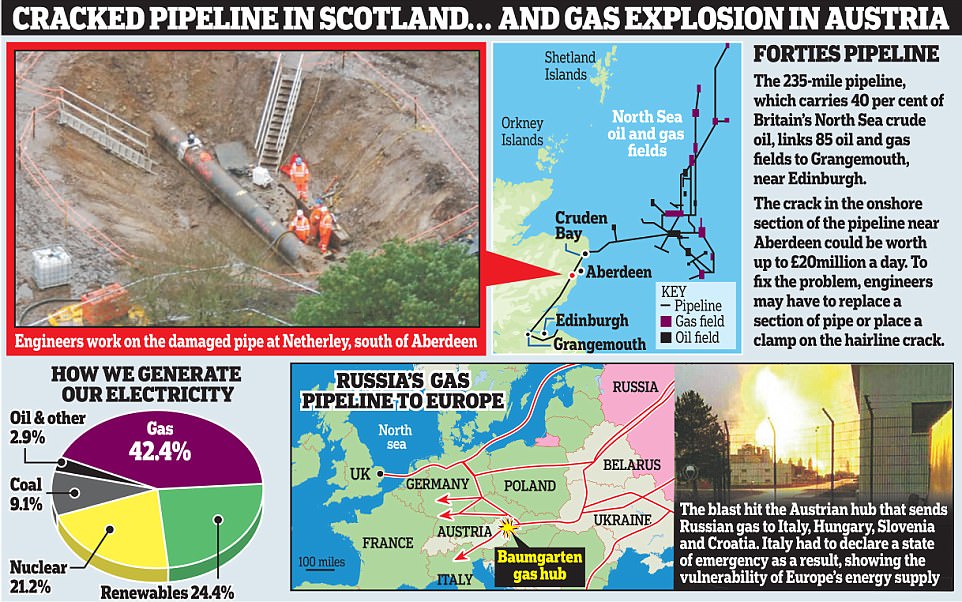 Mike Foster, of the industry body the Energy and Utilities Alliance, said: ‘If we have greater levels of imports there is always some vulnerability and the risk is greater from events.

‘This is one of those positions where there is an event and the situation could degenerate to the position where Russia does look to reduce the amount of gas it supplies to the West. It loses money if it does, but as a retaliatory measure, it’s conceivable.’

Tim Roache, of the GMB union, said: ‘There is a real danger here. We need a serious strategy and investment in UK energy to make sure we can stand on our own two feet.’ 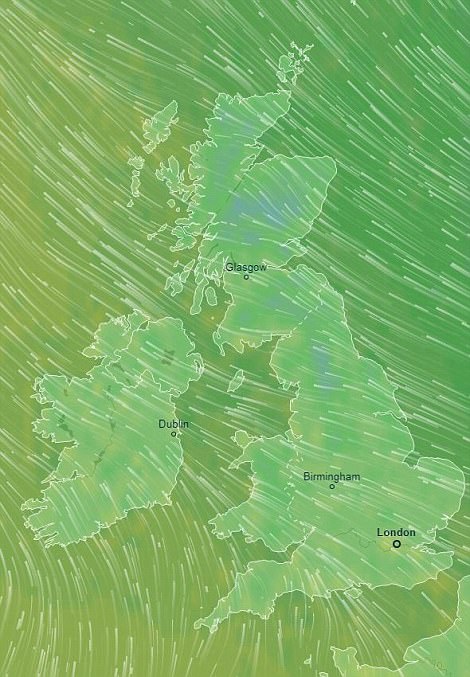 The Department for Business, Energy and Industrial Strategy said: ‘Britain benefits from highly diverse and flexible sources of gas supply. We estimate less than 1 per cent of our gas comes from Russia and are in no way reliant on it.’

The fears over Britain’s reliance on Russian gas come as Theresa May – with the backing of the UN – vowed a raft of punitive measures against Russia.

Speaking to MPs, Mrs May yesterday gave Russia’s ‘undeclared intelligence agents’ a week to leave the UK in the biggest banishment of diplomats in a generation.

She also declared the UK will break off ‘all high level contact’ with the country, impose new sanctions and could seize the lucrative London assets of Putin’s cronies.

Speaking to MPs, Mrs May yesterday gave Russia’s ‘undeclared intelligence agents’ a week to leave the UK in the biggest banishment of diplomats in a generation.

She also declared the UK will break off ‘all high level contact’ with the country, impose new sanctions and could seize the lucrative London assets of Putin’s cronies.

But Russia’s reaction raises the prospect of a tit-for-tat escalation from the Russians, and Number 10 is braced for British officials to be expelled from Moscow in retaliation.

The move from Mrs May was swiftly branded ‘absolutely unacceptable’ by the Kremlin as they warned: ‘Our response measures will not be long in coming.’

After being notified of the reprisals at the Foreign Office, ambassador to the UK Alexander Yakovenko branded them a ‘provocation’ and ‘unacceptable’ and confirmed there would be expulsions of British diplomats.

And the Russian embassy tweeted that the measures were part of a bid to ‘punish’ Russia under a ‘false pretext’.

It added: ‘We believe it is absolutely unacceptable and unworthy of the British Government to seek to further seriously aggravate relations in pursuit of its unseemly political ends, having announced a whole series of hostile measures, including the expulsion of 23 Russian diplomats from the country.’

They added: ‘Needless to say, our response measures will not be long in coming.’

The expulsions announced by Mrs May yesterday amount to around 40 per cent of the 58-strong contingent at the Russian embassy.

And it is the biggest expulsion of Russian diplomats since 1971 when Ted Heath kicked 90 out of the country after uncovering a massive spy ring.

By contrast, just four diplomats were expelled following the murder of Alexander Litvinenko in 2006.

All high-level contacts with Russia will be frozen, with ministers and the Royal Family boycotting the football world cup in the country this summer.

In an apparent reference to the activities of Russian oligarchs, Mrs May said there would be tighter checks on those coming to the country.

She said there could be ‘no place’ for corruption in the UK and the authorities would ‘freeze Russian State assets wherever we have the evidence that they may be used to threaten the life or property of UK nationals or residents’.

Checks on private flights and freight traffic will be stepped up to detect and track those who could endanger the security of the UK.

Mrs May told MPs: ‘Led by the National Crime Agency, we will continue to bring all the capabilities of UK law enforcement to bear against serious criminals and corrupt elites.

‘There is no place for these people – or their money – in our country.’

She went on: ‘We will also table a government amendment to the Sanctions Bill to strengthen our powers to impose sanctions in response to the violation of human rights.

‘In doing so we will play our part in the international effort to punish those responsible for the sorts of abuses suffered by Sergei Magnitsky.’

Mr Magnitsky was a Russian human rights lawyer who was imprisoned after exposing corruption, beaten up in jail and eventually died in custody.

Calling out Mr Putin by name, Mrs May said: ‘Many of us looked at a post-Soviet Russia with hope.

‘We wanted a better relationship and it is tragic that President Putin has chosen to act in this way.

‘But we will not tolerate the threat to life of British people and others on British soil from the Russian Government.

‘Nor will we tolerate such a flagrant breach of Russia’s international obligations.’