Construction bounces back in April but survey warns demand is ‘fragile’

The construction sector bounced back in April with activity growing at its fastest rate in five months according to a new survey, but economists have warned the figures are ‘hardly stellar’.

The Markit/CIPS UK Construction purchasing managers’ index rose to 52.5 last month, up from 47 in March – with a score of more than 50 indicating growth.

Economists were expecting a figure of 50.5 but the sector picked up more than expected after a tough March where heavy snowfall forced workers to down tools.

The figures indicate a ‘moderate’ recovery in the sector with house building seeing the most robust growth. 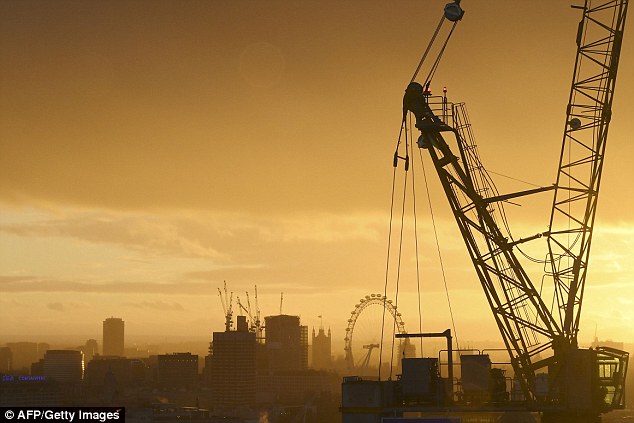 Economists were expecting a figure of 50.5 but the sector picked up more than expected after a tough March where heavy snowfall forced workers to down tools

While new orders also increased slightly in April, the survey reflected on ‘fragile’ demand and ‘subdued volumes’ of new work coming in, according to author Tim Moore, associate director at IHS Markit.

Moore said: ‘A rebound in construction activity was pretty well inevitable after snowfall resulted in severe disruptions on site during March. House building led the way, with growth in April among the strongest seen over the past two-and-a-half years.

‘However, the picture was less positive in other areas of construction, with commercial building and civil engineering work rising only marginally.

‘While temporary factors make it difficult to gauge underlying momentum, the recovery from March’s low point is somewhat underwhelming and provides an indication that the construction sector has been treading water at the very best in recent months.’

At 52.5 in April the rate had picked up sharply from the 20-month low of 47 seen in March but did little to appease concerns over the economy.

Howard Archer, chief economic adviser of the EY Item Club, said the survey was ‘hardly stellar’ and that it would not dispel concerns about the health of the industry, especially as new orders growth remained low.

The pound seemed to receive a small boost from the unexpectedly good reading as it climbed from below $1.36 – where it had sunk to after yesterday’s disappointing manufacturing survey for April – to stand at $1.366 by lunchtime. 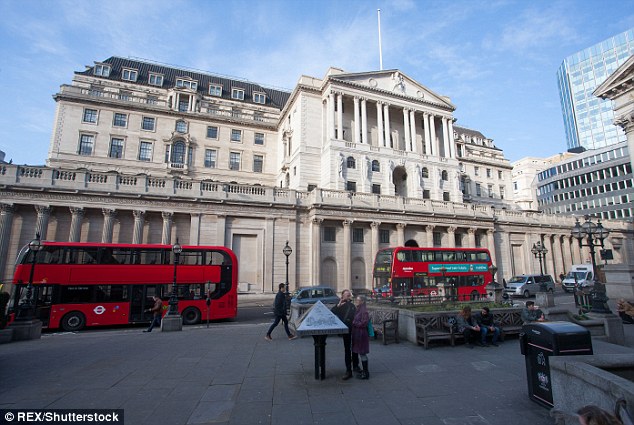 Disappointing economic figures and persistent high level of debts have shifted expectations of a rate rise, with fewer economists expecting a hike from the Bank of England (pictured)

On construction, Samuel Tombs, chief UK economist at Pantheon Macroeconomics, said: ‘The long investment time horizons for both commercial and civil engineering projects mean that both sectors likely will remain depressed until some clarity emerges over the UK’s long-term relationship with the EU.

‘In addition, the construction sector will be hurt by a planned 5.4 per cent year-over-year reduction in public sector gross investment in this fiscal year.

‘As a result, the odds of the construction sector enjoying a sustained recovery this year still look remote.’

Wednesday’s construction update is unlikely to do much to alter the chances of a hike in interest rates.

Some economists were expecting the Bank’s policymakers to hike interest rates by 0.25 per cent when they meet this week, bringing it to 0.75 per cent.

However, disappointing economic figures and persistent high level of debts have shifted expectations of a rate rise, with fewer economists expecting a hike.