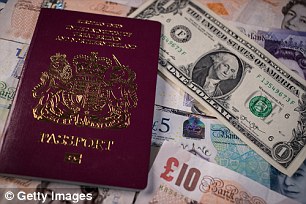 Six people have been jailed for a £37million fraud in which they duped customers into buying passports, driving licences and birth and death certificates at hugely inflated prices.

The verdict is a victory for Money Mail, which has long campaigned against so-called copycat websites that mimic official services but charge eye-watering fees for documents.

The six convictions and sentences follow one of the biggest investigations ever undertaken by National Trading Standards.

The defendants: Peter Hall, 47, and Claire Hall, 41, both of Alton, Hampshire, Syed Bilal Zaidi, 35, who was sentenced in his absence and whose whereabouts are unknown, Collette Ferrow, 50, of Liss, Hampshire, Liam Hincks, 28, of Wrexham, Clwyd, and Kerry Mills, 49, of Camberley in Surrey, were jailed for more than 35 years.

The group set up copycat websites through a firm called Tadservices Ltd, between January 2011 and November 2014, which offered passports, visas and birth and death certificates.