Nigeria’s former vice-president, Atiku Abubakar, has made a donation towards the country’s coronavirus relief fund. The 50 million naira ($135,000) donation was announced this in a statement he issued on Wednesday.

According to him, the donation is being made on his behalf by Priam Group to form part of the stimulus package the federal government should create for Nigerians.

He said: “I commend all all individuals and corporate organisations who have one way or the other provided some form of relief for the Nigerian people. I further call on more more corporations and individuals with capacity, to assist the public in these trying times.

“To this end, Priam Group pledges N50 million on my behalf as my humble contribution to a relief Fund that will form part of the stimulus package.”

Atiku confirmed earlier this week that one of the sons had tested positive for the virus and was currently receiving treatment in Abuja.

Other major highlights covered below are:

The Lagos State government in Nigeria has announced a potential case of mass infection with respect to coronavirus. A message posted on their Twitter handle said a current patient had attended a big entertainment event that took place mid-March.

“I hereby notify you that all participants at the African Magic Viewers’ Choice Award (AMVCA) held on 14th March at Eko Hotels may have come in contact with one of the confirmed cases in Lagos and
are most likely to have been exposed to #COVID19 Infection.”

The message gave guidelines to all attendees including to observe strict self-isolation, contact the authorities when they notice any symptoms.

The said hotel complex on Monday announced a partial closure which it called a scaling down of operations to minimize coronavirus risk.

The award event in question, AMVCA, is an annual accolade presented by Multichoice recognizing outstanding achievement in television and film. The inaugural Africa Magic Viewers’ Choice Awards ceremony was held in Lagos, Lagos State in Nigeria on 9 March 2013.

Attendees at the said event are therefo advised to:
1️⃣observe strict self- isolation.
2️⃣ call our #TollFree line 08000corona if they notice any of the #COVID19 related symptoms
3️⃣ Let’s #TakeResponsibility by practicing #SocialDistancing to prevent the spread of the virus.WHO

The test was carried out on Monday and the results delivered to the president “this morning in Abuja,” the local news portal THISDAY reported.

His chief of staff, Mallam Abba Kyari, however, tested positive for the disease which precipitated the need to test the president.

Kyari tested positive for COVID-19 on Monday after he had travelled to Germany on Saturday, March 7th to meet with officials of Siemens in Munich on the Nigerian electricity expansion programme.

He returned on March 14th, but did not show any symptoms. Twenty-four hours later he started showing symptoms following which he voluntarily submitted himself for testing, the results of which were delivered yesterday. He has since gone into absolute isolation following the test result.

Nigeria’s federal government has announced a raft of measures aimed at controlling the coronavirus pandemic in the country, Africa’s most populous.

The new measures were released by the Presidential Task Force on COVID-19. The new directive borders on border closures, a strong stay-away advice for residents of the administrative and commercial capitals and suspension of the weekly cabinet meeting.

A presidential aide in charge of new media, Tolu Ogunlesi shared major highlights of the regulations that are to be implemented immediately by relevant authorities.

Nigeria’s southwestern Ogun state government on Saturday (March 21) revealed the identity of the doctor who suspected the index case of coronavirus in Nigeria.

The state ministry of health in a series of tweets appreciated the doctor, Amarachukwu Allison, whose vigilance and brilliance it said “led to the early diagnosis and rapid containment of the first Covid-19 infection.

Allison is a doctor at Lafarge Plc, a cement manufacturer. The disclosure comes almost a month after the index case, of an Italian, who arrived in Nigeria on February 24, was confirmed by Lagos State and the federal government.

The Italian, who is a consultant with Lafarge, reportedly spent the night at an undisclosed hotel near Lagos airport and moved to the company’s facility in Ewekoro, Ogun state, the next morning.

He was said to have spent the night at Lafarge’s facility when he fell sick and was taken to the company’s medical centre where preliminary diagnosis began.

After testing positive for the disease, he was subsequently quarantined at the Infectious Disease Centre in Yaba, Lagos state. He has since tested positive and has been discharged by the Lagos State medical outfit that treated him. 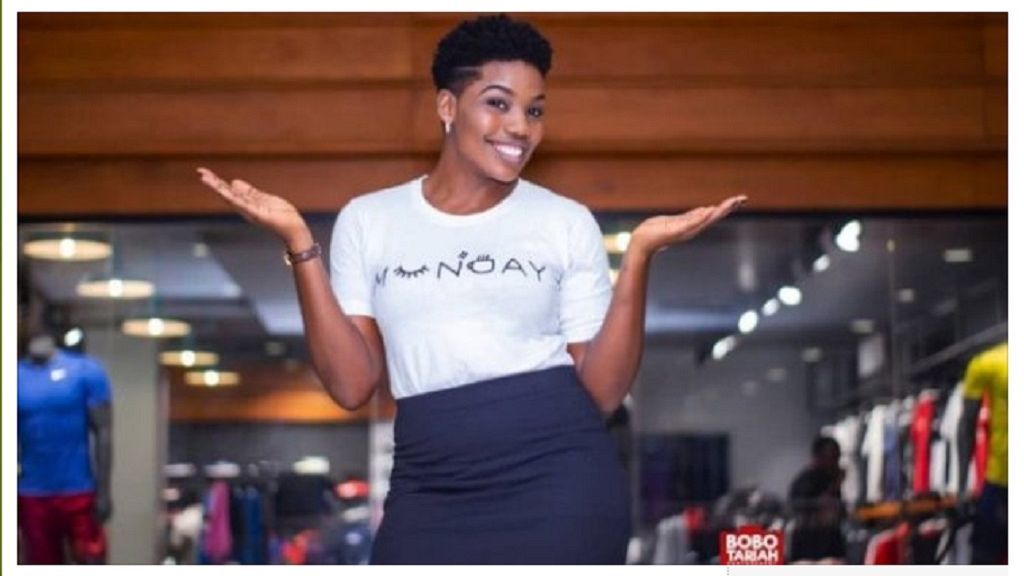 Responding to the Osun government’s tweet, Allison thanked God “for intuition and knowledge” and for the safety of her teammates.

“I want to thank God Almighty for intuition and knowledge and also for the safety of my teammates and I who worked together at the time,” she said.

“My special prayers to health workers around the world who have paid the supreme sacrifice and to all families who have lost loved ones. To all unsung heroes, thank you.”

She effectively enters the league of Stella Adadevoh, a Nigerian medic celebrated in the country for having kept out the Ebola epidemic from the country years back.

Adadevoh helped curb the spread of Ebola virus in Nigeria by placing the patient zero, Patrick Sawyer, in quarantine despite pressures from the Liberian government.

I want to thank God Almighty for intuition and knowledge and also for the safety of my teammates and I who worked together at the time.

An official of Nigeria’s Lagos State government has disclosed that hospitals are receiving patients suffering from chloroquine poisoning.

Oreoluwa Finnih, a Senior Special Assistant to Lagos governor has thus urged the public to desist from using the anti-malaria drug as a measure of preventing coronavirus infection. In Nigeria reports indicate that the drug’s price has been hiked since the news broke.

Chloroquine has been gaining traction on social media since some news agencies reported it had been approved for the COVID-19 pandemic.

The outlets cited U.S. president Donald Trump as making the claims. America’s Food and Drugs Authority, FDA, has since disclaimed the assertion saying the drug has not been cleared for any such purpose.

AN URGENT APPEAL:
People are hoarding and buying chloroquine out of panic. People who need chloroquine for other illnesses may die due to this madness.

This is insane.
Govt must act NOW.

Pls RT this for someone to act.

Nigeria’s federal government announced on Wednesday that it will ban travellers from 13 countries as a measure of controlling the coronavirus pandemic.

The affected countries include China, the United States and the United Kingdom. The measure will however take effect on Saturday March 21.

Nigeria joins a number of countries across the continent that have announced travel bans on countries with high coronavirus cases. Some countries have used reported cases to activate the bans. Ghana for example says travellers from countries with 100 or more cases will be refused entry.

Nigeria currently has three confirmed cases, one of which has been discharged after recovery. The index patient, an Italian, is still receiving treatment.

Citizens had on social media piled pressure on government to follow the trend and bar certain countries from entry into Africa’s most populous nation. All three cases are in the commercial capital of Lagos.

Nigeria has recorded a new coronavirus case in the commercial capital Lagos. The state government confirmed the case which involves a Nigerian woman who arrived from the United Kingdom last Friday.

Akin Abayomi, the state’s commissioner of health, disclosed the development at a press conference, on Tuesday. The National Center for Disease Control said the patient developed symptoms during her 14-day self-isolation

“She is clinically stable & is being treated at Infectious Disease Hospital, Lagos,” the NCDC quoted the Minister as saying. The new case is presently the only case because the first two patients had fully recovered and been discharged.

Most Nigerians on social media have been calling on the government to close the airspace as a measure of control. A number of African countries have closed their borders including the banning of public gatherings. Nigeria has yet to announce any such measures.

Nigeria, Africa’s most populous country has been on high alert since the first case. Authorities especially in Lagos along with the disease control outfit, have been giving regular updates on developments.

She is clinically stable & is being treated at Infectious Disease Hospital, Lagos pic.twitter.com/eRKAAx3JzK