August rate rise looms as inflation is tipped to rise back up to 2.6%, as higher oil price bites at the petrol pumps 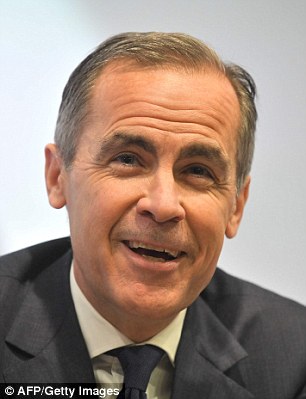 The cost of household goods and bills spiked last month, strengthening the case for an August interest rate rise.

The official inflation rate – the Consumer Prices Index – for June will be revealed on Wednesday and is widely expected to be 2.6 per cent, compared with 2.4 per cent in May.

The consultancy Capital Economics said fuel and oil price rises are to blame. Brent crude is trading at just over $75 a barrel, compared with $48 a year ago.

The UK economy has slowed to a crawl over the past two years due to higher inflation and wage rises that failed to match.

The collapse in sterling following the vote to leave the European Union drove up the cost of imports – wiping out wage growth once inflation is taken into account.

Figures for pay, also due out next week, are likely to show wages including bonuses have also risen 2.6 per cent.

Inflationary pressure could increase the likelihood of a rate hike when the Bank of England’s Monetary Policy Committee meets in three weeks’ time.

Capital Economics has predicted inflation ‘will ease’ later this year. But the influential forecasting group EY ITEM Club is expected to issue a new downgrade for UK growth in a report due for official release tomorrow.

The UK economy will now grow by just 1.4 per cent this year, down from its earlier expectation of 1.6 per cent, according to the report.

‘While there have been some positive developments in the past few months, such as a bounceback in retail sales and continued job creation, there has been little sign of an uptick in real pay levels, and higher oil and utility prices are likely to squeeze consumer spending,’ EY says.

It believes Brexit could still deliver a ‘significant negative economic shock’ and that low growth for the next three years ‘should be the base case’, adding: ‘The balance of risks facing the UK economy has veered to the downside since our last assessment in the spring.’