Estate agency group Countrywide has slumped to a full year loss of over £200million and issued its second profit warning since Christmas.

The firm, which owns a string of brands including Hamptons International and Gaiscoigne-Pees, has seen its share price plummet over 20 per cent this morning.

Countrywide admitted trading since the start of the year had remained sluggish, with work in the pipeline ‘significantly’ down on a year ago. 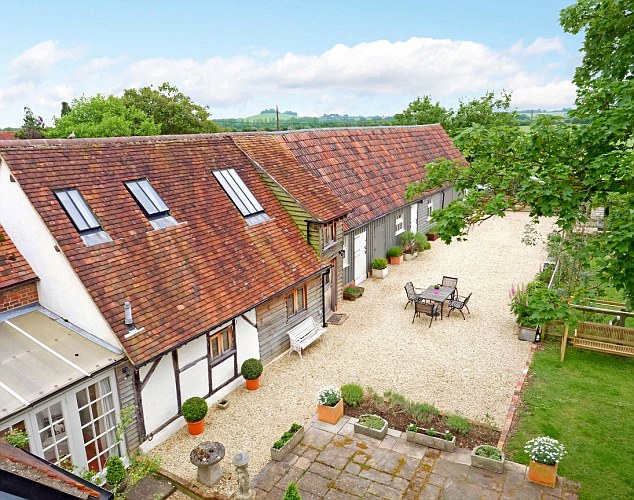 Poor performance: Estate agent group Countrywide slumped to a loss of over £200million and has issued its second profits warning since Christmas

Facing mounting problems, the group’s Board has not recommended a dividend for investors for 2017, having dished out 5p per share in 2016.

In its latest full-year preliminary results, Countrywide reported a pre-tax loss of £212.1million owing to one-off costs, against profits of £19.5million the year before.

Even with one-off costs taken out of the equation, pre-tax profits more than halved to £25.2million, down from £52.7million in 2016.

Countrywide said it expects its underlying earnings for the first half to come in at around £10million.

The number of homes sold fell 20 per cent, although Hamptons International and John D Wood performed well in a ‘challenging London market’, the group said.

In a bid to drive up sales and boost its performance, the group has said it will go ‘back to basics’ to win over customers and return to profit.

Peter Long, the group’s chairman who stepped in to replace Alison Platt, said it would ‘take time’ for the business to return to growth.

He added: ‘We believe these business units are fixable, know what we have to do to restore them and the steps to take that should result in a return to profitable growth.

‘This will take time, but ultimately there will be much upside for our group and our shareholders, whose patience has been sorely tested recently.’ 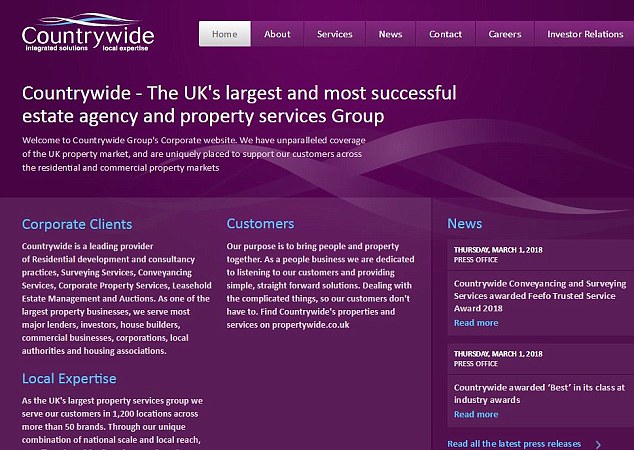 Mr Long is ploughing ahead with an overhaul of the business, which will see costs cut in certain areas, investments made into IT and a contact centre revamped.

Admitting they had recently lost too may key members of senior staff, Countrywide said they had also suffered from the 2016 Brexit vote, which had a ‘sustained impact on sentiment’ prompting fewer buyers and sellers coming to the market.

Recommending investors ‘Hold’ onto their Countrywide shares for the time being, analysts at Jefferies said: ‘Like many, Countrywide is using Lent as a period of sober reflection and diligent preparation. ‘The Group has seen the error of its ways and is now seeking to restore investors’ faith in the team.

‘As with any “fixer upper” the next few months will be messy as new plans are put into place.

‘However, banks are lending their support to the new plan and we believe those equity investors who choose to do the same will have their patience rewarded.’ 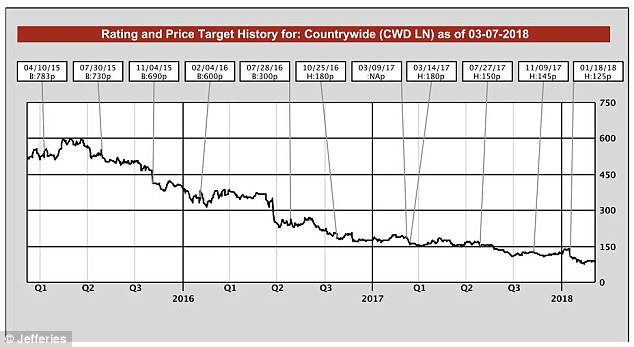 Targets: Rating and price target history for Countrywide, according to Jefferies