Customer slams TSB after conmen siphoned £16,000 from his account 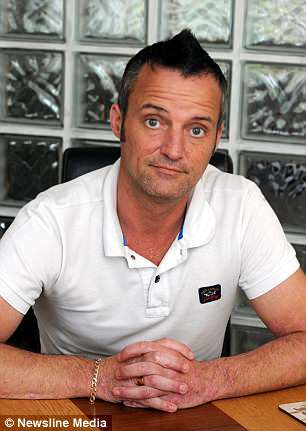 Brian McCarthy, 46, was duped in the fallout of an IT meltdown that left customers unable to access the TSB’s online banking

A TSB customer had £16,000 siphoned from his account by conmen as he was kept on hold for hours trying to alert bank bosses.

Brian McCarthy, 46, was duped in the fallout of an IT meltdown that left millions of customers unable to access the TSB’s online banking last month.

The father of two said he was phoned by a ‘respectable sounding’ man who asked him to disable his online privileges due to ‘unusual activity’ on his account.

He was promised he would be phoned back with new passcodes later that day, at which point he suspected something was not legitimate about the call.

And within an hour he noticed that money was going out of his account without his permission and immediately phoned his bank and police.

But by the time he managed to get through to TSB’s fraud department, some £16,000 had been emptied from his savings through nine different transactions.

The brazen fraudsters then tried to repeat the stunt days later by appearing to use an official banking telephone number – known as ‘spoofing’ the number – and using it to contact Mr McCarthy again. Luckily alarm bells rang immediately and he avoided any further losses. 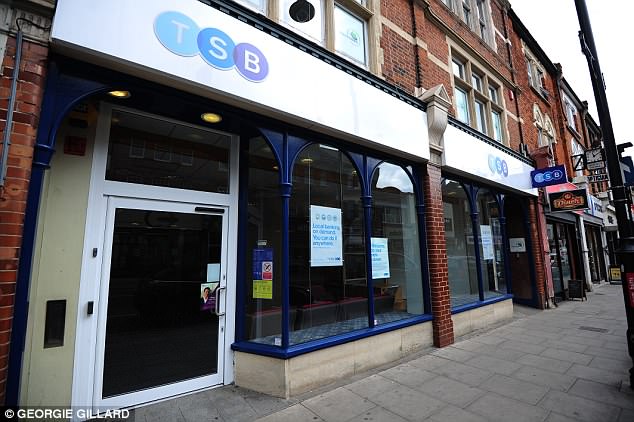 But by the time Mr McCarthy managed to get through to TSB’s fraud department, some £16,000 had been emptied from his savings through nine different transactions

He added: ‘This is an utter disgrace. How many old age pensioners are going to fall victim to this?

‘I’ve been on the phone for 16 hours since last Tuesday trying to get through to the fraud department. I know they are in meltdown and I’m not the only one it has happened to but it’s not acceptable at all.’

Mr McCarthy, who runs an offshore supplies business in Aberdeen, is the sole breadwinner for his partner Gita Petersone and two children Jessica, 5, and 18-month-old Jordan.

Due to his accounts still being frozen, he has had to rely on the goodwill of others to get him through the past week.

He said: ‘I don’t ever borrow money from anyone but I’ve had no choice. People, including my business partners, have been very understanding.’

This is an utter disgrace. How many old age pensioners are going to fall victim to this?

TSB says the second call Mr McCarthy received, which appeared to be from a genuine number used by the bank, was an example of identification ‘spoofing’. It involves fraudsters using technology to change the number that appears on the caller ID.

A spokesman for the bank said: ‘TSB’s telephone system has not been hacked. We provide advice on our website to ensure that customers are aware that whenever they receive a call from TSB, they would never be asked to hand over sensitive information such as their PIN, password or full memorable information.’

TSB also confirmed that work is ongoing to resolve the remaining issues from the IT problems first experienced last month.

Detective sergeant Stuart Murray said: ‘A genuine bank will never contact you out of the blue to ask for your PIN, full password or to move money to another account.

‘Only give out your personal or financial details to use a service that you have given your consent to, that you trust and that you are expecting to be contacted by.’