One of Britain’s biggest supermarkets has angered shoppers in its inner-city stores by hiking the cost of individual bananas.

Tesco has changed the pricing of its bananas, and now instead of charging by weight, the bananas are priced individually, meaning the cost of the fruit has more than doubled at some of its Tesco Metro and Express branches.

The new pricing method means that bananas that may have previously cost 10-15p will now cost 25p. 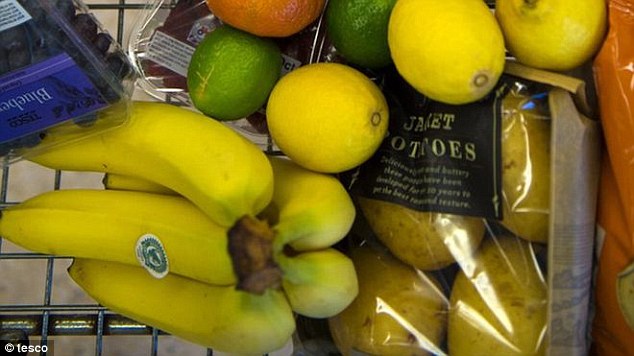 A Tesco spokesperson said, ‘Due to the higher costs involved in operating our Express and Metro stores there is a small premium on a number of products.

‘Our convenience stores are in prime, central locations where leases are more expensive in comparison to out of town Extras and Superstores.’ 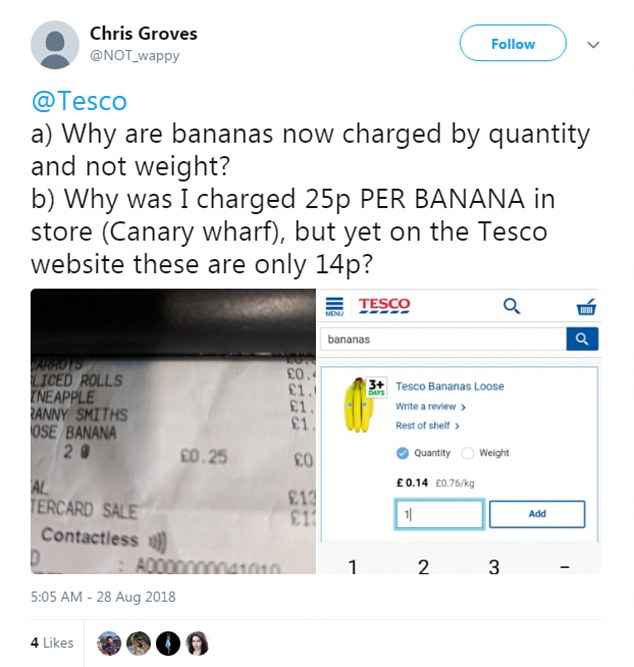 The change in pricing took effect last week, with some Twitter users picking up right away that the new 25p price was a considerable premium on the 14p the store charges online.

One Twitter user Chris Groves (@NOT_wappy), picked up on the price hike on August 28 and said: ‘@Tesco a) Why are bananas now charged by quantity and not weight?

‘b) Why was I charged 25p PER BANANA in store (Canary Wharf), but yet on the Tesco website these are only 14p.’ 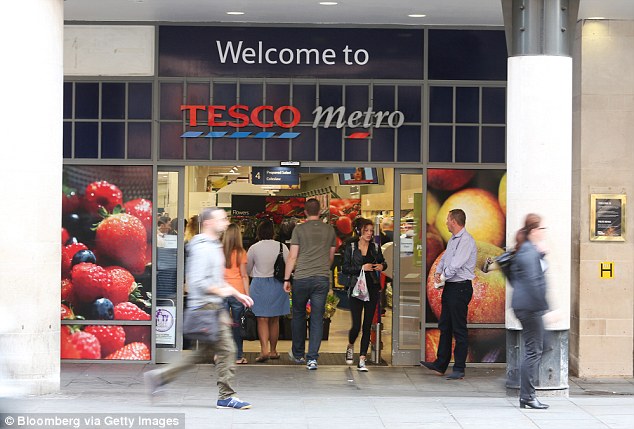 A representative from Tesco responded to Mr Groves to let him know why the price had gone up, explaining that: ‘Our London Metro stores are in prime, central locations where leases are very expensive in comparison to out of town Extras and Superstores.’

However, Mr Groves made the point that the price had gone up relatively sharply and said that he was ‘sure they were only 15p in the same store last week’.

Other users slammed the grocer for upping the price of the healthy snack, when ‘sweets are massively discounted’. 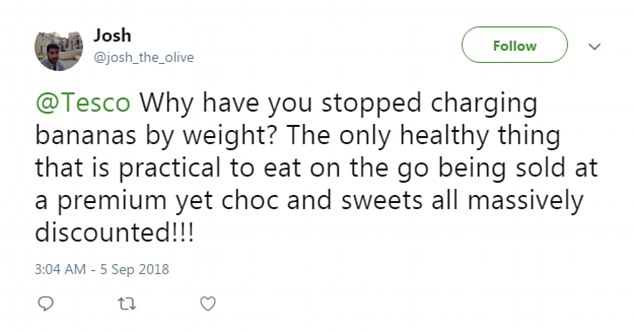 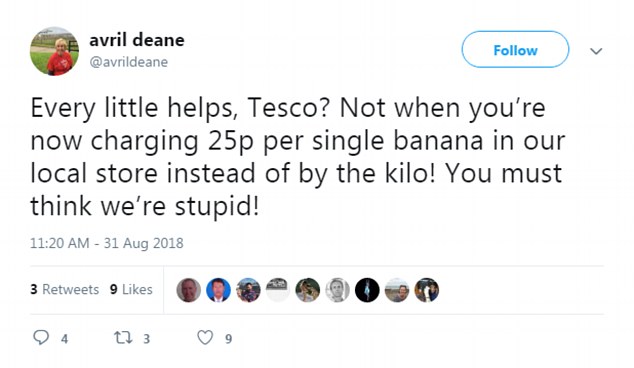 Twitter user Josh (@josh_the_olive), questioned the supermarket chain and asked them: ‘why have you stopped charging bananas by weight?

‘The only healthy thing that is practical to eat on the go being sold at a premium yet choc and sweets all massively discounted.’

This was while user avril deane (@avrildeane), used the supermarkets own catchphrase against it as she accused the retailer of thinking customers were ‘stupid’. 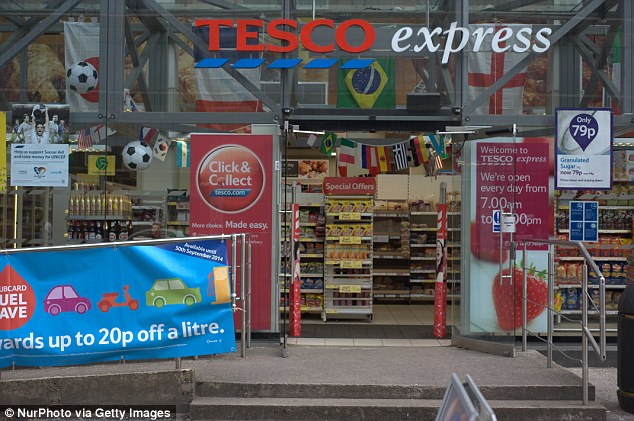 ‘Every little helps, Tesco? Not when you’re now charging 25p per single banana in our local store instead of by the kilo? You must think we are stupid!’