Customers of major high street banks face overdraft fees that are up to seven times more expensive than a payday loan, according to research.

In the worst case Santander customers are charged £179 for using a £100 overdraft for 30 days.

Consumer experts and MPs are calling on the City watchdog to crack down on these ‘extortionate’ fees ahead of its report on overdraft charges, which is expected next week. 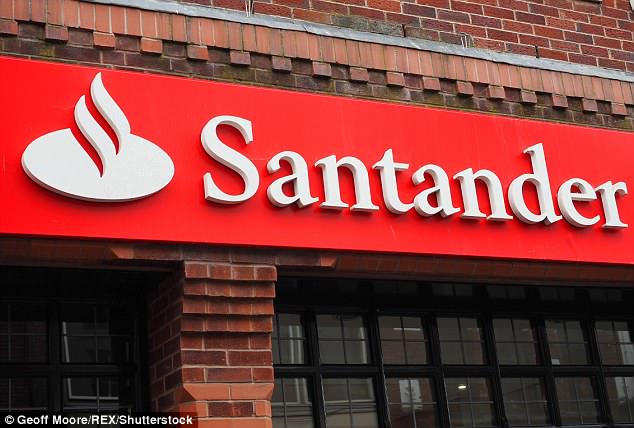 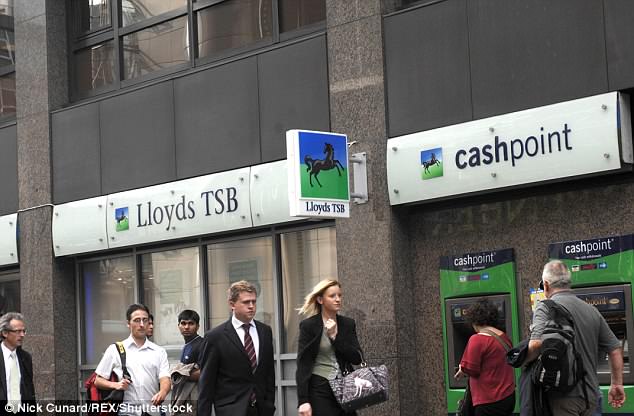 TSB, pictured, charges its customers £160 for an unauthorised 30-day £100 overdraft

Consumer group Which? compared the cost of borrowing £100 for 30 days in an unarranged overdraft across 16 high street banks with borrowing the same amount for the same period of time via a payday loan. At 13 of the 16 banks investigated the overdraft cost more than the payday loan.

At TSB the fees would be £160, which is more than 6.5 times more costly than a payday loan.

At Yorkshire Bank and Clydesdale Bank fees are five times the cost of a payday loan at £120.

Banks have been accused of ripping off customers taking unauthorised overdrafts

Gareth Shaw, of Which?, said: ‘It’s alarming that the majority of banks are still allowed to charge more than payday loan firms through these rip-off overdraft fees. These extortionate fees can cost thousands of pounds a year, hitting those who can afford it least.’

Along with 84 MPs from all major political parties, Which? is demanding City regulator the Financial Conduct Authority take urgent action to restrict these unfair charges.

In a bid to reduce fees, the Competition and Markets Authority told firms in May 2016 that they must set a monthly maximum charge for unplanned overdraft usage.

However, it stopped short of specifying what the cap should be and limiting how much banks can charge.

The FCA has also raised concerns about banks’ high fees for unarranged overdrafts.

It is expected to publish the findings of an inquiry into high-cost credit such as overdraft charges on next Thursday. A spokesman for the FCA said: ‘Often the fees are too high and charges can be unreasonable.

‘We think the market may need fundamental reform and we have questioned the role of unarranged overdrafts should play in a modern market.’

Many major banks and building societies are currently overhauling their planned and unplanned overdraft charges.

Santander said it is reducing its fees from July 10 and removing them entirely for four million customers with its 123, Select and Private accounts. Under the changes customers would pay between £30 and £100 to use a £100 unplanned overdraft for 30 days – rather than £179.

But experts say many of the changes banks are introducing do not go far enough and that customers are still paying over the odds to borrow small amounts of money.

They also argue that because caps are monthly and not per day it means that borrowers are also penalised if they are in the red over two billing periods.

Consumer rights expert Martyn James said: ‘People thought the bad old days of bank charges ended years ago – but all firms did was switch from one-off big charges to smaller, more frequent ones, all topped up with interest. These fees are unfair, unclear and are pushing people further into debt.’

A spokesman for UK Finance, the trade body that represents the banking industry, said: ‘An unarranged overdraft might arise where customers have miscalculated their finances, although we would always encourage them to contact their bank to arrange an overdraft and minimise costs. Text alerts can help customers take action if they are going overdrawn.’

It added that most banks have a fee-free buffer zone of around £10 to £20.

Santander said: ‘We continue to focus on supporting customers with managing their money and have specialist support teams in place for those struggling with debt.’

A spokesman for TSB said overdrafts can help customers to manage their money but added: ‘A lack of transparency in the market and understanding of how to use them can make them an expensive source of borrowing.’ First Direct, HSBC and NatWest said arranged payday loans and unarranged overdrafts are not comparable and that customers would pay far less for an arranged overdraft.

A spokesman from debt charity Christians Against Poverty said: ‘Someone using an unauthorised overdraft is someone who has already emptied their account.

‘Therefore, we are asking that banks, and the FCA who regulate them, use these moments as an opportunity to help people rather than add even more charges.’