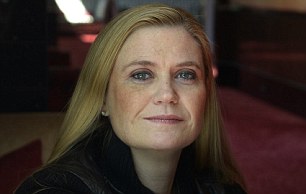 Marianne Lake, 48, is finance chief at US lender JP Morgan and seen as a contender to succeed boss Jamie Dimon when he steps down.

BONUS BROTHER Housebuilder Persimmon is on a charm offensive over the bonus of boss Jeff Fairburn.

He was to get £100million after the soaring property market boosted its share price, but has given up a quarter.

The firm said directors’ standard 2018 bonuses will be shared between other staff, and future schemes will only pay up to double their salaries.

Klepierre has been rebuffed by Hammerson bosses, who want to buy its fellow UK player Intu instead.

CITY LAY-OFFS Russian energy firm Gazprom has axed City staff amid rumours that it could retreat from the West.

It has merged its oil and liquefied natural gas trading desks in London as concerns grow that it could shut its HQ there.

Russian firms are feeling the heat after a former spy was poisoned in Britain this month, leading to calls for tougher sanctions.

BUSINESS BOOST More than 70 per cent of firms expect their performance to stay the same or improve in the next three months, a poll by the Federation of Small Businesses shows – the first rise in optimism it has recorded since 2016.